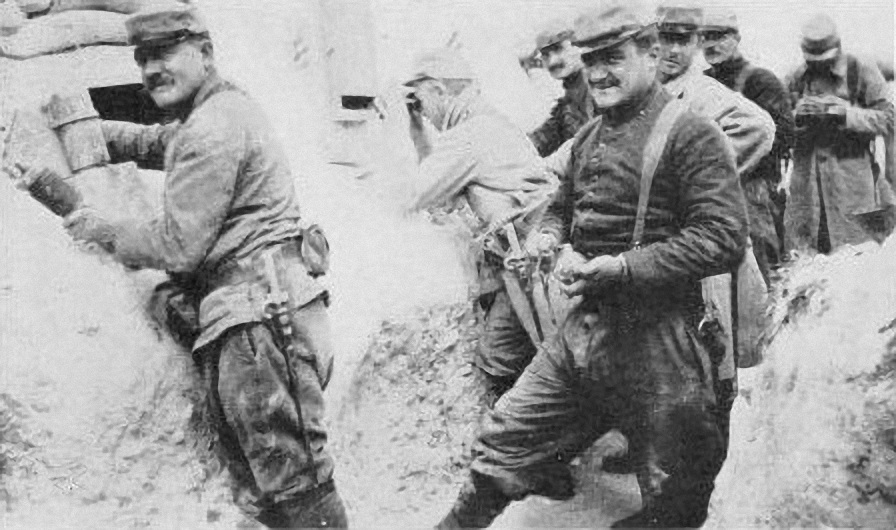 One hundred years ago, young Americans were fighting alongside the Allies in the trenches and No Man’s Land of northern France.

America would not enter World War I until April 1917, and American forces would not fully engage in combat until more than a year later, in 1918.

But dozens of individual Americans signed on and fought in Allied armies, including 1915’s most horrendous battlefield slaughters.

The French Army prohibited enlistment by foreigners – except in the already renowned Foreign Legion.  Spurred by idealism, yearning for adventure, young Americans signed on in the war’s first months. Many were alumni of top U.S. colleges and universities, and scions of prominent families. Others were skilled mechanics, cowboys, drifters, veterans of the U.S. Army’s Philippine campaigns, merchant seamen, and assorted adventurers – including two African-American prizefighters, Eugene Bullard and Bob Scanlon. They were thrown in with assorted Greeks, Russians, Swiss, and Turks in the Foreign Legion’s polyglot ranks.

That September, in France’s next concerted effort to regain territory lost to the Germans, the Legion joined French armies storming enemy lines in the Champagne region. John Jacob “Jack” Casey, an artist from San Francisco, was shot in the foot; Brooklyn’s Christopher Charles was wounded at “Horseshoe Wood” (Bois Sabot), as was Robert Soubiran, an auto mechanic in civilian life.

Groton School and Harvard alumnus Henry Farnsworth was killed at Champagne’s Navarin Farm on September 28. Frank Musgrave, from San Antonio, was gassed and wounded in Champagne, that same month.

David Wheeler, M.D., of Buffalo, NY, a graduate of Williams College and Columbia Medical School, enlisted in Foreign Legion in February 1915. A newspaper account of his 1918 death in combat reported: “In the Champagne fighting on Sept 28, 1915, Wheeler was wounded in the right leg. After the charging French had passed beyond him he tried to crawl back to the rear, but finding many wounded and suffering men around him, he stopped and attended them. For this he received the French War Cross [Croix de Guerre].”

St. Louis engineer James J. “Jimmie” Bach was one of the first Americans to transfer from the Foreign Legion to the French Aeronautical Service and become an aviator, as restrictions loosened. He was taken prisoner while landing a spy behind enemy lines, on September 23, the first American to fall into German hands. He remained a POW until the Armistice in November 1918.

Like Bach, other Americans, having fought in the Foreign Legion on the battlefields of Artois and Champagne, transferred to the fledgling French Air Service during 1915. They included Victor Chapman, Kiffin Rockwell, and William Thaw — founders of the legendary Lafayette Escadrille air squadron in 1916.

Still more Americans crossed the Canadian border to sign up under the British flag, either as infantrymen or as pilots-in-training, or sailed to England to do so. Others served in France as volunteer ambulance drivers for the American Field Service, then transferred to combat units.

Baltimore’s John Prentiss “Johnny” Poe, Jr., one of six brothers who had starred on the gridiron for Princeton, first served with the Royal Garrison Artillery in 1914-1915. Yearning for more frontline action, he joined the storied, kilted Scottish Black Watch infantry regiment. He was killed in the early hours of the Battle of Loos, an attack launched in Artois by the British in support of the French Champagne offensive, on September 25. His grave was never located.

What did these Americans experience as infantrymen in the frontline battlefields in 1915? Combat conditions in Artois and Champagne, in which these young men fought and died, were truly horrendous.  French infantryman Louis Barthas, who fought in Artois in May-June 1915 and again that September in support of the Champagne offensive, tells just what he saw – no doubt similar to what the Americans fighting in the Foreign Legion encountered:

We met up with an unfortunate fellow who had gone mad and was being carried by four of his comrades.  Oh, those haggard eyes, that convulsed, terrified, grimacing face, which had lost all human expression. What horrible scenes had those eyes seen, leading madness to invade the brain? . . . We came upon men, isolated or in groups, heading to the rear. Most gave no response to our questions. Others exclaimed, “The poor guys, the poor guys . . .” or “It’s horrible, frightful.” They seemed half-crazy. . . . At daybreak we could see, to our horror, that in front of the trench and behind it the ground was covered with hundreds of French bodies.  Complete lines, entire ranks of foot soldiers, had been mowed down, This was the price   paid for an advance of four or five hundred meters – something like one human life per square meter. —Louis Barthas (Poilu: The World War I Notebooks of Corporal Louis Barthas, Barrelmaker, 1914-1918)

No wonder that, when the opportunity arose, many young Americans who had enlisted as infantrymen in the French Foreign Legion and fought in the trenches transferred to the air arm, beginning as early as 1915. As veteran flyer and airpower strategist General William “Billy” Mitchell later wrote: “There was no marching and maneuvering, no songs, no flying colors and bands playing while going into action.  It was just groveling in dirty mud holes and being killed and maimed by giant projectiles, or permanently incapacitated by gas. The only interest and romance in this war was in the air.”

Edward Strauss is the translator of Poilu: The World War I Notebooks of Corporal Louis Barthas, Barrelmaker, 1914-1918. He is a fundraising director in higher education and former publisher of MHQ: The Quarterly Journal of Military History. 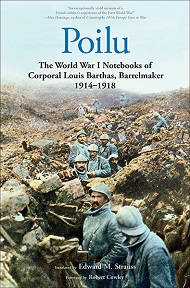