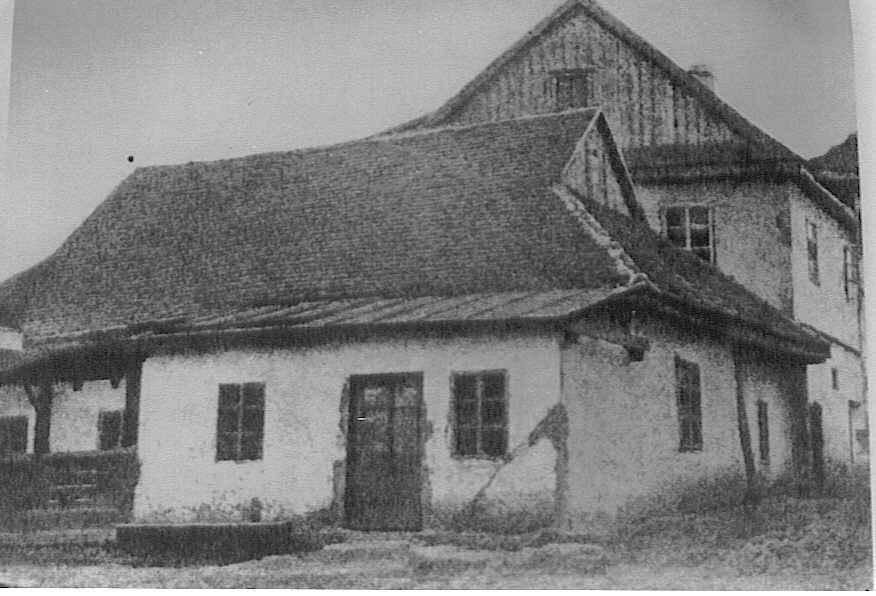 Exterior of the Baal Shem Tov’s synagogue in Medzhybizh, circa 1915 via Wikimedia Commons

Few subjects are as fascinating as mysticism. Believers find in it signs that support their faith, celebrities use it to seek meaning in their lives, historians trace the background of its protagonists, writers weave plots around it, and philosophers break it down into schools of thought. These interests—as it frequently happens—might conceal from the eye of the beholder the most important elements of this realm, at least those considered as such by the mystics themselves. Therefore, those who seek to delve into mysticism would do well to study the first-person perspectives offered in reports by mystics throughout the generations.

One of the most precious self-descriptions of a mystical experience in Jewish mysticism is provided by the founder of Hasidism, Rabbi Israel ben Eliezer, known as the Baal Shem Tov (Besht) who reported the following experience: “On Rosh Hashanah of the year 5507 (1746), I performed an incantation for the ascent of the soul, known to you. And in that vision I saw wondrous things . . . and it is impossible to describe and to tell what I saw and learned in that ascent hither, even in private . . . so I ascended degree after degree, until I entered the palace of the Messiah . . . I asked the Messiah: When do you come? And he answered: You will know [the time] which is when your doctrine will be revealed in public and it will be disclosed to the world and ‘your fountains will well outside,’ what I have taught you and you apprehended, and also they will be able to perform the unifications and the ascents of the soul as you do.”

The “ascent of the soul” and mystical unification are of highest importance here: The coming of the Messiah depends on induction by practices that he himself taught the Besht. The technical aspect of these practices does not diminish their value; on the contrary, as the Besht understands: “from what I learned when I was there [which is] easy to learn and explain, then my mind was calmed and I thought that it is possible for my contemporaries to attain these degrees and aspect by theses [practices], as I do, namely to be able to accomplish the ascents of souls, and they will be able to study and to become like me.”

Where did the Besht obtain these techniques and what was their meaning? It is possible that while he was in the Carpathian Mountains, he came into contact with shamanistic traditions from the East, which he taught. However, practicing the attainment of a spiritual experience was a central element of Jewish mysticism centuries before the time of the Besht. The ascent of the soul was also reported by the main disciple of Rabbi Isaac Luria (the Ari, 1534–1572): Rabbi Chaim Vital (1543–1620). He also practiced “unifications,” which were passed on to him by his master, while practicing secluded meditation, fasting and sleep deprivation, as Vital writes in “Sefer hahezionot” (“The Book of Visions”) “Once I fainted deeply for an hour, and a huge number of old men and many women came to watch me and the house was completely full with them, and they all were worried for me. Afterward the swoon passed and I opened my eyes and said: ‘Know that just now my soul ascended to the Seat of Glory and they sent my soul back to this world to preach before you and lead you in the way of penitence and charity.'” Elsewhere (in “Shaarei kedusha” – “The Gates of Holiness”), Vital describes the technique needed to reach this experience of the “ascent of the soul”: “[One should] remove his thoughts from all matters of this world, as if his soul had departed from him, like a person from whom the soul departed and who feels nothing . . . And he should imagine that his soul has departed and ascended, and he should envision the upper worlds, as though he stands in them . . . and he should concentrate in his thought . . . And if he feels nothing, he is apparently not yet worthy and ready, and therefore he must further fortify himself in worship and holiness, and return to seclusion by means of the way mentioned until he will merit that the spirit rest upon him.”

These descriptions reveal a repeated action undertaken by the mystic after suitable preparation, leading to the spiritual experience. Such action is also typical of a more ancient school, that of “prophetic kabbala,” founded by Rabbi Abraham Abulafia (1240-1291). Abulafia developed a complex technique consisting of combinations of letters whose purpose was to raise an autoscopic image (that is, the experience of seeing a double of oneself outside one’s body) of the mystic himself coming to reveal the future (hence, the term Prophetic Kabbalah). Another impressive figure is this of Rabbi Joseph Karo, author of the most central book of Jewish practice (Halacha). In his diary “Maggid Meisharim” he describes his ecstatic visions, without even mentioning his halachic Choeuf d’oeuvre “Shulhan Aruch”.

These examples clearly demonstrate that major trends in Jewish mysticism were based on repeatedly practicing techniques that led to experiences which challenged the habitual perception of the mystic’s own body and self, such as seeing his “double” or disengaging from his body during “ascent of the soul.” The above mentioned techniques are not at all simple to perform, and require years of practice which do not always bear fruit. Why, therefore, did these prominent kabbalists invest so much time and effort in these practices? The kabbalah saw in the “human soul” a “divine spark,” “part of the divine above.” Therefore, to understand God, the mystic could study the “divine spark” within by introspectively studying himself. Mystics and philosophers throughout the generations utilized ecstatic states to understand the “self” as well as the relationship between body and mind. Literally, the term “ex-stasis” means “standing outside” the body. Accordingly, ecstatic states include autoscopy (seeing one’s body from outside); “ascent of the soul” (an out-of-body experience, mostly accompanied by paranormal encounters with celestial beings); possession of one’s body by an external “personality”; and ” the experience of mystical union with the divine. The “ascent of the soul” is therefore a state in which the “self” separates from the body and allows the mystic to look within each of these components in turn, attempting to understand their individual functions. From analysis of the detailed descriptions of kabbalists, and comparisons of them with neurological reports and experiments, it can therefore be concluded that the difference between the various experiences described by the major figures of kabbalah stemmed mainly from various brain activities spurred by the detailed techniques they utilized. For many years, the scientific study of cognition investigated mostly well-defined functions, such as memory, perception, learning or language. In the recent years a new field has emerged – the study of the human self, that is the one that experiences, feels, learn and memorize. Studies encompass insights from neurological and psychiatric patients in whom cognitive faculties are sometimes deviated, enabling better comprehension of these altered states in patients. These studies reveal experiences that challenge the ordinary perception of the body and the self, experiences that are similar to the reports of various mystics. Moreover, the emergence of functional neuroimaging enables detection of brain processing underlying both activities of the self as well as their deviations. The new science of networks enables even modeling of these processes and their perturbation. Therefore, the use of patients’ studies, experimental psychology, brain stimulations and modeling opens a totally new window to the world of mystics and the study of religious and other altered experiences.

Ecstatic phenomena have attracted human imagination for thousands of years, and traces of them can be found in folklore, mythology, and spiritual experiences in many cultures, as well as in the finest literary works and modern art. These phenomena have served and continue to serve as milestones in the philosophy of mind and the study of consciousness—the contemporary philosopher Thomas Metzinger argued that the concept of “soul” may have its origins in accurate, first-person descriptions of ecstatic states. These preliminary attempts to build up a philosophy of mind had a subsequent impact on the development of modern philosophy and maybe even more abstract fields of the cognitive sciences and psychology of mind. These prominent mystics may therefore be considered  pioneering investigators of the human self and mind.

* parts of this post were adapted from Arzy, “Visions of wondrous things”, Tarbut Vesifrut, Haaretz.

Shahar Arzy is the director of the Computational Neuropsychiatry Lab at the Faculty of Medicine at Hebrew University, Jerusalem and a senior neurologist at the Department of Neurology, Hadassah Hebrew University Medical Center. 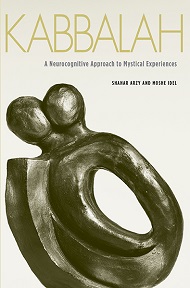