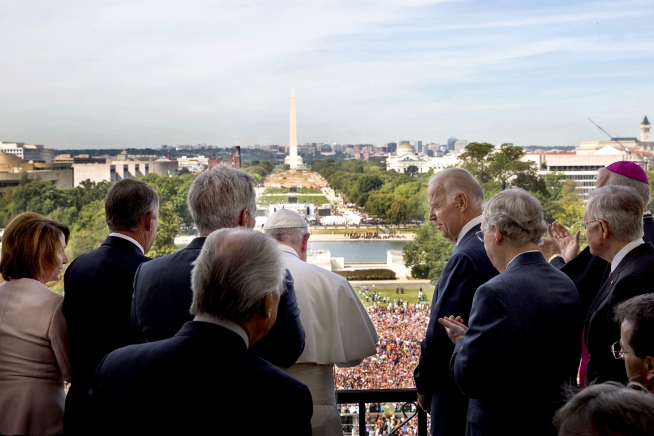 The eyes of the world, or at any rate its cameras, have been focused on the first pope of the Americas on his first visit to the United States, hot-foot from a tumultuous welcome in communist Cuba. The Argentinian pope’s key role in the thawing of half a century of diplomatic stand-off between Castro’s island and the US has made clear the remarkable extent of the papacy’s “soft power”, even in the world of hard-nosed realpolitik. That unique moral influence has been underlined by the unprecedented invitation to the Pope to address both houses of Congress, and to speak at the UN just days before an international summit on issues which have been at the top of his agenda from the moment he became leader of the world’s 1.2 billion Catholics: poverty, inequality, and human responsibility for climate change.

Not every American Catholic has been delighted . Pope Francis’ deep reservations about the “idolatry of wealth” he discerns in unbridled capitalism, and which he has picturesquely dubbed “the devil’s dung”, together with his uncompromising call to address the reality of global warming in his encyclical “Laudato Si” , have outraged the American ultra-right. At least one Catholic Republican senator announced his intention to boycott the pope’s speech to Congress on the grounds that “if the Pope chooses to talk and act like a leftist politician he can expect to be treated as one”. In fact Francis has avoided overtly partisan political statements while in America. Instead, he is the master of the tacit but telling gesture, like his driving away from the airport welcome by President Obama in a tiny grey Fiat 500, surrounded by fumes from a cavalcade of enormous gas-guzzling security vehicles.

His address to Congress was in fact a careful balancing act, designed to challenge both the left and the right. His appeal for a more compassionate attitude to migrant workers, and for the abolition of the death penalty, can have been no surprise from a pope whose own parents were economic migrants to Argentina, and who has made “mercy” and “tenderness” the watchwords of his pontificate. Alongside his insistence on the urgency of tackling global warming, those parts of the speech visibly delighted Democrats, while conservative Republicans applauded his equal emphasis on the value of the traditional family, and the sacredness of unborn life.

But the priorities of Francis’ papacy have set special challenges for the American Church. The long pontificate of Pope (now Saint) John Paul II , and the Polish Pope’s uncompromising repudiation of many aspects of modernity, entrenched a generation of conservative American clergy committed to ”culture war” between a fortress church conceived as defending unchanging Christian value , and a materialist and secular society. In the American context, that confrontation expressed itself in the American hierarchy’s vehement opposition to President Obama’s health reforms, on the grounds that they involved the promotion of birth control.

Francis dislikes and distrusts strong-arm and confrontational ecclesiastical leadership, deploring priests and bishops who “play Tarzan,” and church leaders over- confident of their own importance, moral strength, or superior insight. The bad leader, he thinks, is “excessively prescriptive because of his self assurance”. Those who look always “for disciplinarian solutions . . . who long for an exaggerated doctrinal security, those who stubbornly try to recover a past that no longer exists” have “a static and inward directed view of things,” and have turned faith into ideology. He has declared himself drawn to “the theology of failure” and a style of authority which has learned through failure to consult, and to “travel with patience.” Unsurprisingly therefore, but in a startling break with the unspoken convention that cardinals do not publicly criticize the reigning pope, the conservative American Cardinal Raymond Burke has characterized the church under Francis as “a ship without a rudder.”

In fact Francis has been gently steering his church away from confrontation and culture war towards a very different set of pastoral priorities, above all towards a concern with the marginalized and the poor. His pastoral priorities were vividly highlighted in a controversy over the rules for admission to communion at the two-part synod on the Family which met last year, and which is due to reconvene in October. Francis is no doctrinal innovator, and ardently believes in the Church’s traditional teaching on the sacredness and permanence of marriage. But a pastoral ministry among the poor of Buenos Aires has taught him that the reality of many people’s sexual and family lives do not conform to the tidy rules in the moral theology text-books. He is dismayed by the millions of believing Catholics excluded from the sacraments by the intractable “irregularity” of their domestic circumstances. Hard-liners like Cardinal Burke or the German Cardinal Gerhard Muller appointed by emeritus Pope Benedict to head the Vatican Congregation for the Doctrine of the Faith, oppose any relaxation in the discipline that bans the divorced and remarried from receiving communion. The rejection of any such easing last year was seen as a defeat for the Pope. But Francis believes in “collegiality,” the shared responsibility of all the bishops with the pope, and he has not been discouraged. He has been quietly appointing to key positions moderate men who share his social agenda and favor his more pastoral approach, among them Blase Cupich, Francis’s recent surprise choice as Archbishop of Chicago. He has also been nominating delegates to the next meeting of the Synod who see admission to communion not as a reward for the perfect but a necessary help to the struggling. In the meantime he has exercised papal muscle to defuse a potentially contentious issue ahead of the Synod, by streamlining the rules for marriage annulment, making the process simpler, quicker and less daunting. This is a pope refusing to “play Tarzan”, but determined none the less to make the Church a kinder and more welcoming place for the wounded and the weak.

Eamon Duffy is professor emeritus of the History of Christianity and fellow of Magdalene College, Cambridge. 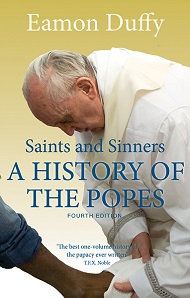 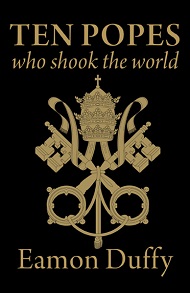