Reentering society is difficult for many prisoners. But twenty-year-old Jazmine Smith has gained something during her prison sentence that many inmates don’t have—a high school education at a charter school. The Georgia prison system’s first high school class of fifteen graduated in July. Smith acknowledged the challenge that comes from returning to school after a lapse.  “The course-work was difficult at the beginning since I had been out of school for six years,” she said. But Smith said the teachers offered support, which helped her to focus.

In a prison system where average reading level is eighth grade, Smith earned a diploma that, she hopes, will enable her to continue to technical college. The experience also taught her “how to persevere through a tough situation and helped me to gain confidence in myself.”

Smith earned her degree thanks to the policies of Georgia’s Republican governor Nathan Deal. Deal started special courts to divert veterans and offenders with mental health and substance abuse problems into treatment, built up prison education and reentry programming, and reformed juvenile justice. As a result, a 2014 Atlanta Journal-Constitution study found a 20% drop in prison sentences levied on African-American offenders.

Georgia’s are among the most substantial of a recent surge in state-level justice reforms.  Many of these states are led by Republicans.

“All throughout the South you see criminal justice reform being looked at and passed,” says Greg Newburn, state policy director of Families Against Mandatory Minimums. And not just the South, he says. Utah, Pennsylvania.

It’s clear, says Newburn that the intention of the Red State politicians is to reduce the numbers in prison. And they frequently do so at little political cost. “They all get reelected,” Newburn says.

Newburn counsels patience. “Oklahoma’s bill just passed two months ago. South Carolina’s was a month ago,” he said this past June. “It’s going to take some time to know the impact of that. It’s newer in the red states, so it’s going to take a little longer.”

The United States houses 25% of the world’s prisoners, even though it has only 5% of the world’s population. Now, a nascent political movement is shifting the political culture. There’s “a new openness to looking at evidence, studying data, talking to experts” that “was not true of rank-and-file legislators during tough on crime days” when legislators tended to react to news stories says David Dagan, a journalist and political science PhD student at Johns Hopkins University. Overall, it’s “more of an elite-led movement,” he says. “I think one of the things that has made this movement possible is that voters aren’t paying attention to crime because there isn’t as much crime,” says Dagan. And the issue is “something Republicans can use to reach out to African-American voters, who do care about this.”

As for the history of how the right steered toward prison reform, “Don’t discount the influence of Prison Fellowship,” says Vikrant Reddy, senior fellow at the Charles Koch Institute.

Prison Fellowship is an evangelical group started by Chuck Colson, the former special counsel to President Richard Nixon who went to prison on Watergate-related charges.

Today, many conservatives say they’ve taken guidance from Prison Fellowship. Derek Cohen is senior policy analyst with Right on Crime, and an advocate of criminal justice reforms. The Right on Crime initiative has attracted numerous Republican signatories, including Grover Norquist and Newt Gingrich. “They were in the trenches fighting at the beginning,” Cohen says of Prison Fellowship. Over time, he says, Republicans started to listen.

Today’s rightwing reformers include the American Legislative Exchange Council (ALEC). Before 2009, ALEC had a history of crafting tough-on crime legislation. Then, says Michael Hough, ALEC’s resident fellow on public safety and a Maryland state senator, “Pat and I had a sit-down.” Hough is referring to Pat Nolan, who was at the time executive director of Prison Fellowship and who is now director the American Conservative Union Foundation’s Center for Criminal Justice Reform. Among other achievements, says Hough, Nolan persuaded ALEC to do an about-face on criminal justice.

Nolan served a term in prison on a plea bargain for a racketeering charge that resulted from an FBI sting. He says Colson sought him to work for Prison Fellowship because he had experience as a conservative, as a Christian, and as a prisoner. “Our feeling was the criminal justice system violated a whole lot of conservative principles, and conservatives were supporting it blindly,” without holding corrections to the standards it did other programs. “We began going to our friends who were conservatives, saying, ‘Prisons are another bureaucracy—treating people as animals, not being accountable, expanding without results.’ All the problems conservatives see in government.”

“We are those people,” says Craig DeRoche when I ask to speak with former prisoners. DeRoche is executive director of Justice Fellowship, the policy arm of Prison Fellowship. “In the tradition of Chuck Colson, I was arrested twice” and had an active addiction, he says. That close link to prison, DeRoche says, is what separates his group from others.

Some Republicans emphasize cost savings. DeRoche talks about passion and human value. “I think the arguments on the left and on the right had been reduced to practical arguments” like saving money and outcomes—which, he says, are valid arguments, “but not the kinds of arguments that will propel action. I call them spreadsheet solutions. And we got away from, wait, that’s a human being.” Once Prison Fellowship started talking about shared values in 2010, says DeRoche, the cause gained momentum and a coalition.

There are dangers—that the reforms don’t go far enough, that they will lead to too many releases without preparing inmates adequately for life outside prison, or that the public will react when crime spikes.

Skeptics include such longtime advocates for reform as the Sentencing Project. “In conservative states, where they have had changes, in general the changes have been modest,” says Nicole Porter, Director of Advocacy. “While Right on Crime and conservative leaders have gained some traction,” says Porter, “The states that have had substantial prison reductions are not conservative.” Porter notes the 27% percent reductions in prison populations in New York, 29% in New Jersey, and a 22% reduction because of a court order in California. A 2015 Sentencing Project Report notes that, “The overall pace of change, though, is quite modest given the scale of incarceration. The total U.S. prison population declined by 2.4% since 2009.”

Marie Gottschalk, author of Caught: The Prison State and the Lockdown of American Politics, expresses the concern that many of the Republican reforms—which tend to target recidivism, reentry preparation, and reinvesting prison funds into the community—are slight in actual effect. Gottschalk warns of a “problem with this strategy”: “The dogged pursuit of the three R’s—that is, reentry, justice reinvestment, and reducing the recidivism rate—may actually be coming at the cost of fortifying both the carceral state and the sharp right turn in American politics over the long term. This is a sadly familiar historical pattern. Many previous bursts of penal reform optimism ended up shifting penal policies in a more punitive direction.”

California’s experience with prisoner release is also instructive. The Brown v. Plata decision declared California’s overcrowded prisons unconstitutional, forcing it to release or move 32,000 inmates. Joan Petersilia, co-director of the Stanford Criminal Justice Center, writes in the Stanford Journal Of Criminal Law And Policy that much of the pressure devolved to counties, crowding jails and straining local police forces. “Kim Raney, then-President of the California Police Chiefs Association, said, ‘The first year was like drinking from a fire hose,’ as counties scrambled to cope with an influx of offenders far larger than expected, and with more serious criminal histories and needs,” she writes.

Nolan himself expresses concern “if there’s a huge crime like the Willie Horton thing,” though he also says reforms are designed to make such events less likely.

Dagan sees a shift away from political capitalizing on horrific crimes. “The work that Pat Nolan and his allies have done has laid the groundwork for making an attack like that less legitimate,” says Dagan of the George H.W. Bush campaign Willie Horton ads of 1988. Tough on crime stances are no longer “a thing Republicans think of as a natural part of their playbook.”

And for some lives, Republican-led reforms have already made a difference. John Turner, a recently released Georgia prisoner who served for armed robbery and kidnapping, earned a certificate in welding from a technical college thanks to the policies of Governor Nathan Deal.

Turner is one of the first welding graduates to be paroled—a sign of how new the Georgia reforms are. He says that two companies expressed interest in hiring him while he was still incarcerated. When I speak with him two days after release, Turner tells me that the previous evening he filled out job applications and told his wife about how “it felt to put on that job application that I had a technical college certificate.”

You can read more about John Turner and Republican criminal justice reforms here.

Anne-Marie Cusac is associate professor, Department of Communication, Roosevelt University, and a contributing writer to The Progressive. For her work as a journalist she has received the George Polk Award and on three occasions the Project Censored Award. In 2015, she reported on mental health as a fellow with the Social Justice News Nexus, a fellowship program housed at the Medill School of Journalism at Northwestern University and funded by the Robert R. McCormick Foundation. 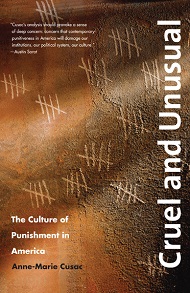