Ancient Greece and Rome are often seen as the origin of much that underpins the political systems of modern democracies such as the United States, from separation of powers to freedom of religious belief. It was these constitutional arrangements, wrote Alexander Hamilton in number thirty-five of The Federalist, that allowed the Roman Republic to attain “the pinnacle of human greatness.” The Byzantine Empire, also known as Byzantium, which was a kind of successor state to the Roman Empire, has received no such accolades. That is hardly surprising because this Greek-speaking society, which held sway in the eastern Mediterranean between 324 and 1453 CE, was an absolute monarchy, where the emperor was believed to be answerable to God alone. Power was concentrated in his hands and in direct contrast to the First Amendment to the US Constitution, Byzantium certainly did establish a religion: all subjects of the emperor were expected to conform to a state-approved version of the Christian faith and any deviation from that was punishable by law. So it is easy to see why Greece and Rome seem familiar and sympathetic, while Byzantium is strange and alien.

Drawing parallels with the ancient past can be perilous though. While some aspects of Greek and Roman political life seem to mirror our own, others are very different indeed. While many Greek city-states were direct democracies where the citizens as a body made the political decisions, citizenship was restricted to males over the age of twenty-one. Women played no part in the political process. The government of the Roman Republic with its consuls, senators, and tribunes was likewise in the hands of men only. That was also the case, of course, in Europe and America until relatively recently. Only in 1869 did Wyoming become the first US state to give the vote to its female population. The trend that followed to give full equal political rights to women was a complete departure from Greek and Roman practice.

The exclusion of women from politics was reflected in law. In the Roman Republic, the male head of the family, the paterfamilias, had absolute power over his wife and children. In Britain and its North American colonies in the mid-eighteenth century, married women had no separate legal existence from their husbands, a legal concept known as femme couverte. Any property that she brought to the marriage became his, and she had no right to enter into contracts or lawsuits independently of him. That remained the case after American independence and only well into the nineteenth century did some states begin to introduce married women’s property acts, beginning with Mississippi in 1839. Only in 1882 was a similar law passed for England and Wales.

On the face of it Byzantium was no different, for women there were subject to many of the same legal disabilities. Not only were they debarred by law from acting as judges and bankers but even as witnesses to contracts. The rationale behind such laws was the supposed mental weakness of women: it had been Eve who had first succumbed to temptation in the Garden of Eden and all her female descendants were believed to share that frailty. Yet curiously, Byzantine women did enjoy certain rights that their British and American counterparts did not receive until the nineteenth century. They could make contracts and wills, even if married, and their dowries remained their own possession, separate from their husband’s property. If the husband predeceased the wife, she took control of his property as well as her own and became the head of the household, the legal guardian of any underage children.

There was a political dimension to this last legal precept. If an emperor died leaving only a minor as his heir, the empress became head of the household and guardian of the child. She would head a council of regency and there were numerous periods throughout Byzantine history where the empress ruled the empire in this capacity. Normally she would stand down once her son was of an age to rule alone but one empress, Irene, became so used to the role that she ended up seizing power and ruling in her own right from 797 to 802.

In few medieval societies have women exercised as much political power as in Byzantium. That the theocratic empire should be more ‘modern’ in one respect than democratic Greece or republican Rome should be taken as a warning against judging past societies by our own standards.

Jonathan Harris is professor of the history of Byzantium at Royal Holloway, University of London and the author of numerous publications. He lives in London. 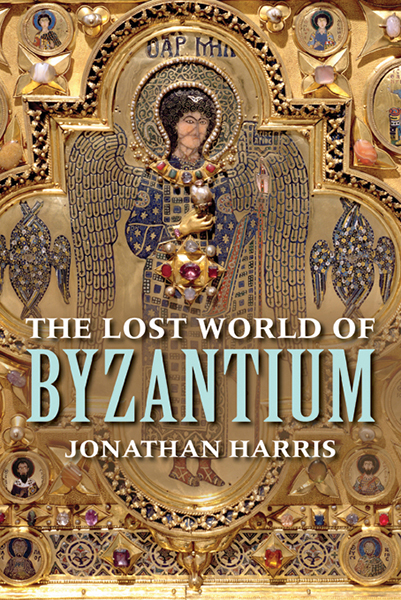