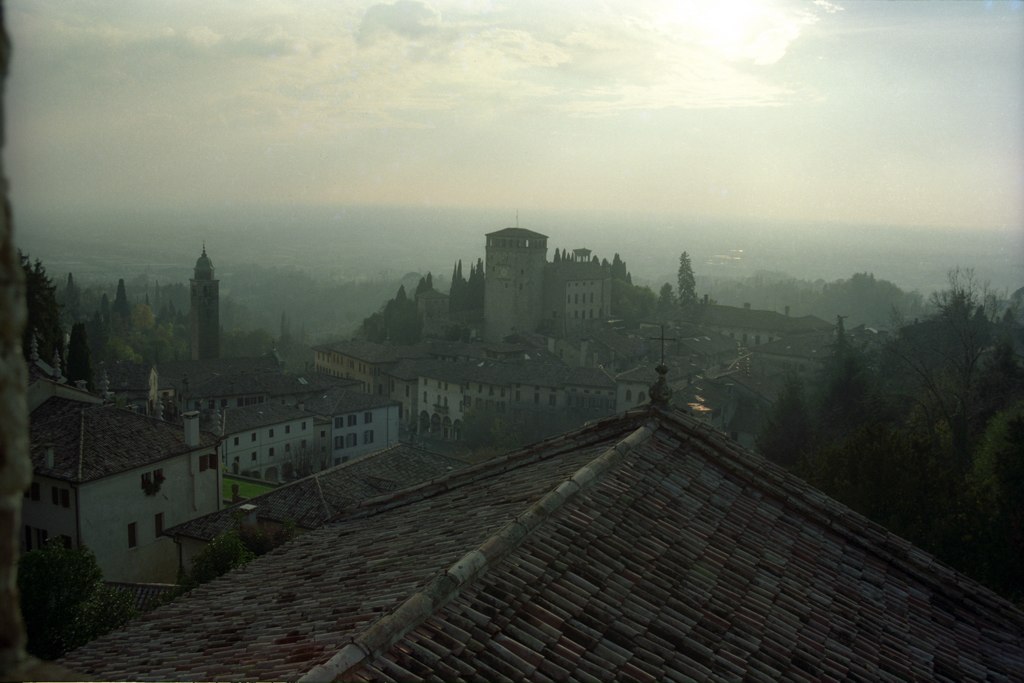 Eventually, Asolo casts its spell. Yet our beginning was inauspicious. My first approaches to this small Italian hill town nestled into the Dolomite foothills, as a graduate student and later on my first sabbatical, in early spring and summer, daylight and dusk, left me going in circles, searching for an elusive Renaissance Brigadoon and its erstwhile queen, Venetian Caterina Corner.

I had no idea then that I was retracing both the steps and thoughts of poet Robert Browning who had visited Asolo as a young man and found, in the words of his biographer Betty Miller, “the country of his own creative experience.” Yet he too, struggled to find Asolo, despite a lifelong desire to return. As the poet wrote to a friend in 1889, “I used to dream of seeing Asolo and making vain efforts to reach it…” Reach it he did in the last months of his life, visiting his friend Katherine de Kay Bronson. The town and its lure permeated his last days on earth: on the day of his death, December 12, 1889, word arrived that his request to purchase property in Asolo had been approved, and Browning’s last volume of poems, called Asolando in tribute, appeared in print.

The twentieth-century near east travel writer Freya Stark returned to Asolo over and over, from her first year of life until her last, one hundred years later, declaring, “Lovely as the world is, I still have found nothing as good as Asolo.” And the town’s strong siren song brought stage actress Eleonora Duse there in 1918. Shortly before her death she encouraged a friend to meet her in Asolo; alas, Duse died on tour in 1924 in Pittsburgh. Nonetheless, she is buried in the Asolo graveyard, her tomb overlooking the landscape she loved.

The subject of my sojourn in Asolo, Caterina Corner, who arrived in the scenic hill town nearly four hundred years before to the day of Browning’s death, did not choose to be there at all. Venetian Doge Agostino Barbarigo selected Asolo on her behalf in June of 1489, citing its salubrious climate and setting.  But Asolo’s relative obscurity also appealed: as the titular ruler of Venice, Barbarigo had recently overseen the annexation of the island of Cyprus into Venice’s Mediterranean empire. This bloodless coup was accomplished by the forced abdication of Corner, the daughter of a Venetian nobleman, widow of King Jacques II Lusignan of Cyprus, and the island’s last reigning queen. She both left Cyprus and entered Asolo reluctantly, but the hill town and its citizenry eventually worked their charms. In the twenty years until her death in 1510, Corner divided her time between her family’s compound on the Grand Canal in Venice (today a gallery space owned by Prada), the castle in Asolo, and her hunting lodge on the flat plain below the town’s hills in clear view of the city, each the site of elaborate fêtes and literary gatherings.

Yet her devotion to the town ran deeper than its role as backdrop to her entertainment. Near the loggia and cathedral where the Asolo’s citizens greeted and praised their newest resident upon her arrival in October, 1489, and near also the property purchased by Browning, lies the Asolo museum and municipal archive. On a series of warm summer Thursday mornings (the only time the archive is open to the public), I arrived panting to the archive’s tiny reading room, where a kindly archivist led me to evidence demonstrating the depth of Corner’s devotion to her people. Highly fragmentary documents datable to the 1490s show her grappling with real issues – poverty, crime, corruption. She felt it necessary, even while not in Asolo, to “provide for her subjects…and monitor their well being.” And she did so, for the length of her tenure as its lady. In 1509 she negotiated with Holy Roman Emperor Maximilian I, to spare the city from violence when he captured it during his war with Venice. Some months later she received the news of the liberation of her “most beloved” citizens “with a happy heart,” instructing her representative there to assure the people that they “always had recourse to us” in the pursuit of justice.

Although not, as far as we know, prone to flights of poetic fancy about her adoptive homeland akin to those of Browning, Corner was loyal to the people of Asolo until her death from a stomach ailment in July, 1510. We cannot know if she found the small community welcoming, its views soothing, its peace harmonious. Did she feel nostalgia for its hills and winding streets, as I now do? We can only wonder whether she would concur with Browning, who wrote, “People always speak of Caterina with compassion because she lost Cyprus…I am sure the happiest years of her life were those when she was queen of Asolo.” 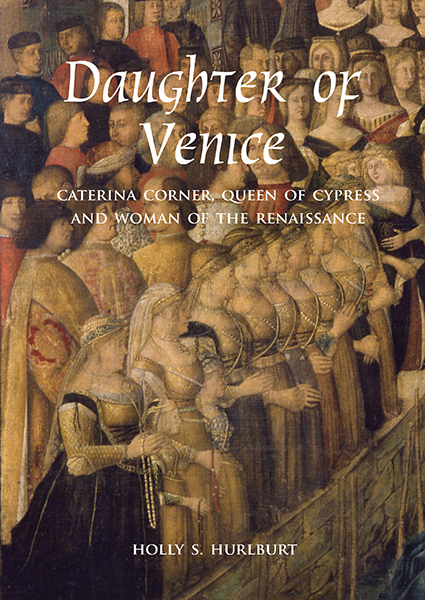