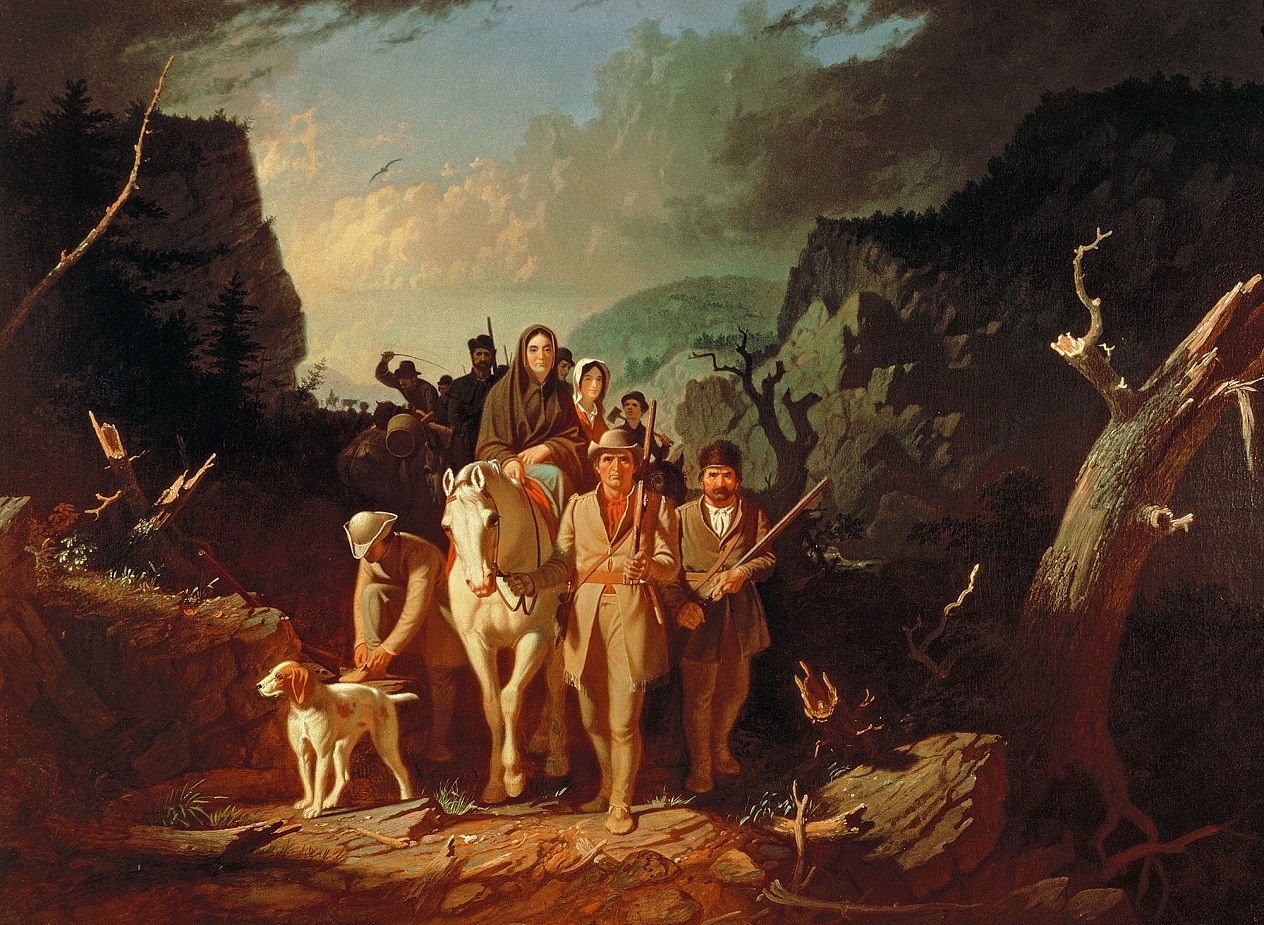 In the early 1850s, artist George Caleb Bingham painted a now-iconic image of Daniel Boone leading a party of white families through the Cumberland Gap to Kentucky. In Bingham’s portrait, Boone is saturated with light, his face resolute and determined. He illuminates the passage through darkness like a buckskin-clad Moses parting the Red Sea. At Boone’s side is a white horse that carries his wife, Rebecca. Her head is modestly covered but her face glows with fierce resolve. All around him, Boone’s fellow patriarchs hold their guns ready over their shoulders, mindful of the dangers that lurk in the darkness ahead and alert in their duties to protect their female flock.

Like so much of Bingham’s work, the portrait of Boone has little to do with the history it attempts to portray. Rather, the painting represents Bingham’s own world and encapsulates white American ideals of the 1850s far better than those of Boone’s day in the 1770s. Painted on the heels of a war with Mexico in 1848 that extended the territory of the United States all the way to the coast of California, Bingham imagined Boone’s passage through the Cumberland Gap as white America’s first bold step in its manifest destiny to inhabit the continent. Willfully ignoring a long history of violent and effective resistance by indigenous people followed by decades of genocidal Indian removal policies, Bingham venerates Boone as the frontier’s founding father and renders his party’s mission with an aura of prophetic clarity.

In contrast to the mythic Boone of Bingham’s generation, the small party that attempted to establish a settlement in Kentucky in 1775 entered a highly unstable and uncertain world. There was nothing “American” about Kentucky on the eve of revolution. Rather, Kentucky of the 1770s sat at the nexus of competing imperial powers as British, American, Spanish, and Indian forces all laid claims to the region. The lives of those men and women who accompanied Boone would be shaped by violence and war, not triumph and destiny. The homes they lived in were built for defense, outfitted with portholes for rifles and confined within heavily fortified walls. Leading men like Boone were particularly vulnerable targets. Anglo-Indian violence targeted soldiers and warriors, leaving growing populations of widows and orphans in its wake. When men fell to violence, the families they hoped to protect were left to shoulder their own defense. Boone himself once described a home invasion that ended when a mother hacked off her Indian opponent’s head with a broad axe as her daughter shoved his body out the door.

Although Bingham softened this history of violence and war with projections of destiny and triumph, we can still use his portrait to understand important ideas about western expansion, especially in his symbolic portrayal of manhood, womanhood, and family protection. The visual centerpiece of Bingham’s portrait is not Boone himself, but rather the glowing, hopeful face of a young woman who gazes forward to the frontier with a tentative but sanguine smile. Her peaceful visage is the focal point of the painting, nestled securely within a protective bulwark of armed men wielding guns, axes, and whips, all poised for her defense. This visual portrayal of male defense and female protection reflects ideas that were coming into being with new force in the early years of Kentucky’s settlement and statehood. As white men and their families migrated to Kentucky during and after the American Revolution, they brought with them certain expectations of land, status, and rights. They soon found those expectations elusive; instead of land and prosperity, they were exploited by wealthy speculators, forced to search for wage labor, and expected to serve on the frontlines of a rich man’s war. As struggles over economic inequality and ongoing violence threatened to tear the region apart, rich and poor men forged a fragile consensus in their shared expectations of manhood, patriarchal authority, and white supremacy. Much as Bingham’s intrepid pioneers harnessed their collective purpose to defend a female innocent, white men in eighteenth-century Kentucky found common cause in the symbolic ideal of domestic protection.

Unleashing the symbolic power of the Anglo-American family onto an expanding frontier had devastating consequences in both the eighteenth century as in the 1850s.  In eighteenth-century Kentucky, the defense of white womanhood justified horrific acts of vigilante violence against Indian families. In the name of the Anglo-American household, western militants unleashed savage attacks on Indian households that denied the legitimacy and sanctity of non-white families. By the time Bingham painted Boone in the 1850s, such practices would become the stuff of national policy. Indian removal programs and state-sponsored violence degraded and displaced the non-white residents of the plains and far West in the name of the Anglo-American yeoman household. Indeed, one could argue that the very premise of American territorial expansion required a mythic and symbolic family. As agents of American expansion hammered their way across the continent, the nation’s territorial destiny became a triumph of the domestic order over the wild and savage frontier. The family itself became a marker of civilization, and the defense of white womanhood justified displacement and slaughter.

In many ways, these ideas still haunt us today. We see it in subtle ways in our modern political struggles. Today, the political scorn and contempt many of our leaders cast upon Syrian refugees can be interpreted as part of this same narrative. Despite the tragic images of families torn apart, children orphaned and lost, and mothers clutching infants, policy makers aggressively label refugee families as different and dangerous. They speak of refugees as subjects of suspicion to be feared and imagine them as threats to the safety and sanctity of the American family. Such rhetoric is equally apparent in modern debates over immigration. The belief that immigrant families are fundamentally different from American households has gone so far as to inspire a political movement to rewrite the Constitution and deny birthright citizenship to children born on American soil. Today, as in the eras of Boone and Bingham, the consequences of such policies are devastating and the toll they take on actual lives is without measure. We can only hope that, at some point, we learn from the division and fear that fueled our past mistakes and instead find strength in family through our shared humanity. 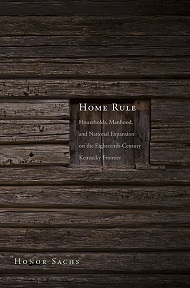