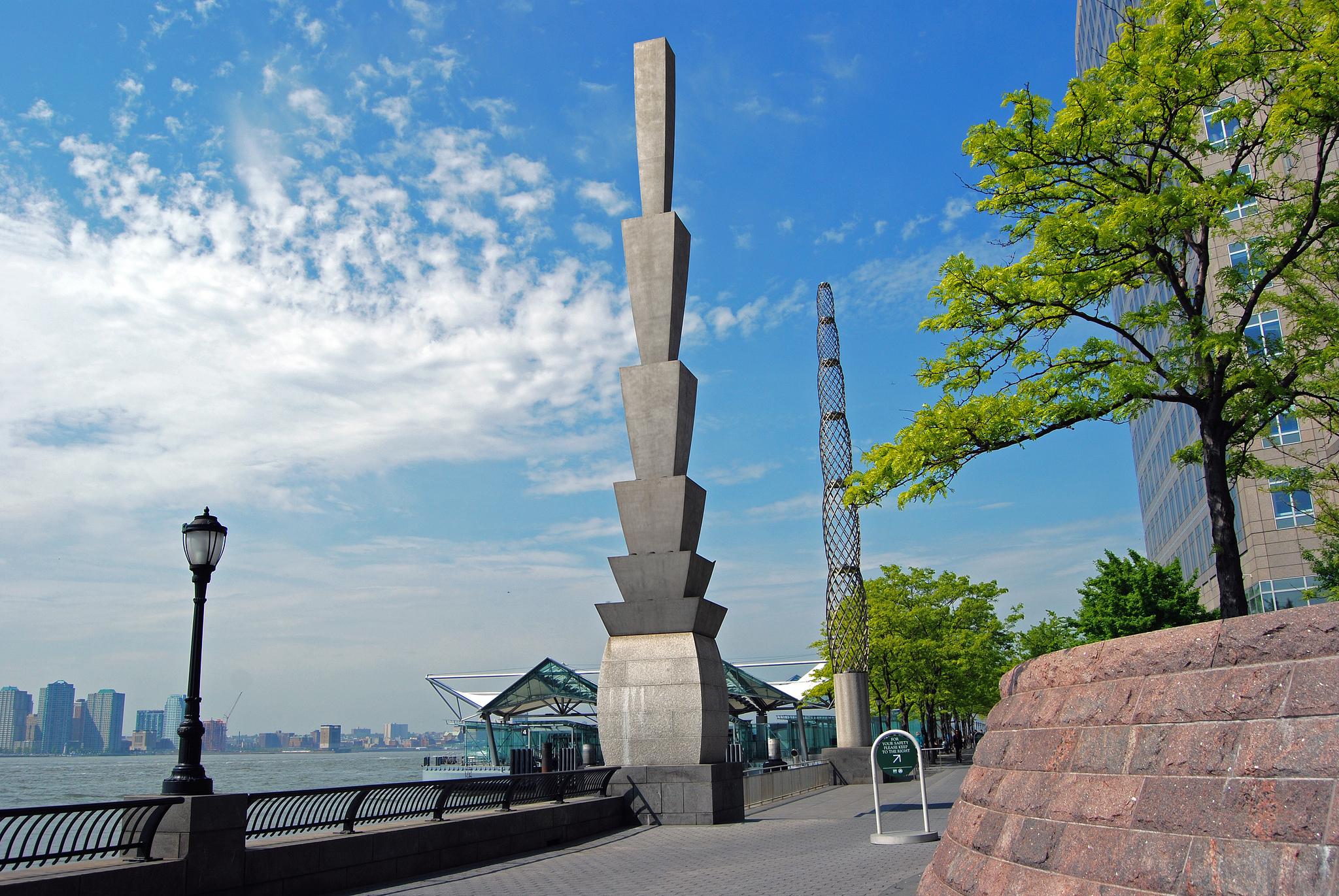 Image above is a photograph by Harvey Barrison of two stainless steel sculptures by Martin Puryear; used with permission.

How important is drawing for a sculptor? Among the most subtle of contemporary American abstract sculptors, Martin Puryear has produced elegant and sometimes astonishing drawings and prints over the past fifty years. The two-dimensional works often correspond to his sculptures, but they are not mere studies for 3-D works. Some, in fact, were made long after the sculptures they correspond to were produced. Despite Puryear’s protests in the past that drawing is not central to his art, the works on paper clearly reflect a parallel activity that is just as vital and exciting as his other endeavors, as evidenced by “Martin Puryear: Multiple Dimensions,” an exhibition focused on his drawings, on view at the Morgan Library in New York, through January 10, 2016.

Featuring some 70 drawings, prints, and small sculptures, the show was organized by Mark Pascale, curator of prints and drawings at the Art Institute of Chicago, where the exhibition appears February 7-May 1, 2016; before traveling to the Smithsonian American Art Museum (May 27-September 5, 2016). Adapted for New York by Morgan curator, and assistant curator, respectively, Isabelle Dervaux, and Nadia Perucic, the show appears in two sections on separate floors. Accompanying the exhibition, a handsome catalogue, featuring essays by Pascale and curator Ruth Fine, formerly at the National Gallery, serves as a compact overview of Puryear’s extraordinary career to date.

Born in 1941 in Washington D.C., Puryear attended Catholic University there, where he received a B.A. in 1963. The following year he joined the Peace Corps, and taught English, French, and biology in Sierra Leone, West Africa, until 1966. The earliest works on paper in the exhibition are figurative pieces, remarkably sensitive renderings of the people, landscapes, and architecture of his surroundings. While living in Africa, he studied traditional crafts—especially woodworking by local carpenters—absorbing a dedication to craftsmanship that would become a hallmark of his mature work. Later, in 1966, he traveled to Sweden, where he studied printmaking at the Royal Swedish Academy of Art in Stockholm.

After returning permanently to the U.S., Puryear studied at Yale, where visiting professors like Richard Serra and Robert Morris in the early 1970s made lasting impressions on the budding artist. His work in some ways corresponds to Minimalism, but early on, Puryear embraced a sculptural vocabulary of spare, biomorphic shapes, a kind of idealized abstraction that was more closely related to forms found in nature than to the Structuralist theory-driven processes favored by the classic Minimalists of the 1960s and ’70s.

While earning a living teaching, Puryear established a sculpture studio in Williamsburg, Brooklyn. A devastating fire in his studio destroyed much of his early work, except for a few sculptures and drawings that were spared, a number of which are included in this exhibition. Over the years, Puryear slowly established a reputation for his elegant sculptures, often meticulously hand-carved in wood. His bold, architectonic forms are personal, yet harbor universal themes. In the work, he often references social issues, and explores his African-American heritage. His best pieces reflect a humanist’s quest for freedom, expressed over the course of his fifty-decade career in a visual language of abstraction worthy of Brancusi.

During the course of his career, Puryear has been honored by numerous museum and gallery exhibitions here and abroad, including a well-received 2007-2008 retrospective at MoMA. With an emphasis on craftsmanship almost unparalleled in our present era—marked by many sculptors who prefer to outsource their works to fabricators—Puryear is a welcome anomaly. Now a dapper septuagenarian, residing in upstate New York, he continues to refine his art, producing some of the best sculptures of his career in recent years, as well as remarkable works on paper.

In a recent phone conversation, I asked the artist what importance drawing has had for him, and what position it holds in his oeuvre. “I gravitate more naturally toward making things in space,” he responded, as he was on his way to the studio to create a new print. “It simply becomes a matter of time. I would like to do more drawings, and I hope to do more in the future, but my primary focus is on sculpture.”

Despite his nonchalant attitude toward his contributions to two-dimensional art, one comes away from the current exhibition with a feeling that drawing is, indeed, central to Puryear’s thought process; in order to further explore the subject, I had an extended phone conversation about Puryear, his work, and the current exhibition, with the show’s curator, Mark Pascale.

David Ebony: In the past and even today, Martin Puryear has indicated that drawing is not central to his work. Yet one comes away from this stunning show convinced that it is key to his art. How were you able to convince him to do the show?

Mark Pascale: It’s a long story. The Art Institute has been engaged with Martin’s work for a long time. He lived here in Chicago for almost 10 years, and showed with Donald Young Gallery. Neal Benezra [the Art Institute’s former curator of 20th century art] mounted an extraordinary exhibition of Puryear’s work in 1991. It was one of the most beautiful shows I’ve ever seen. I was a junior curator of prints and drawings at the time. While working on his essay, Neal had looked through some of Puryear’s fire-damaged works, those that survived the studio fire in 1977. They were in pretty bad shape. Neal told Martin that if he left the drawings with the museum, the conservation team would look into the possibility of restoring them.

Soon after, Neal left to take a curator post at the Hirshhorn Museum in Washington, D.C. Two years later, Martin called, looking to get his work back—conserved. It took us by surprise! We were unaware of his arrangement with Benezra. After we figured out what was going on, we spoke with the conservation team. They thought we could at least stabilize the works, and reduce the staining, etc. But it would cost. Luckily, with the museum administration’s approval, we were able to make a trade to offset the conservation costs. We asked Puryear if he would give to the museum a major drawing related to Sanctuary (1982), a fantastic wood sculpture by him already in the museum’s collection. Being his generous self, Puryear agreed. Both works, incidentally, are in the current exhibition.

Some years later, Donald Young Gallery mounted a retrospective of Puryear’s prints. The Institute decided to acquire the entire show, so we would have a complete set of the prints. Soon after, I approached him about an exhibition of works on paper, but at the time he was working on his MoMA retrospective with John Elderfield. In any case, two years after that we again approached him about the show, and on a visit to his upstate New York studio, paper conservator Harriet Stratis and I looked through stacks of drawings, sketchbooks and prints. There was a lot of work. Over the years, he rarely released works on paper, or included them in his exhibitions.

Ebony: Was that when he agreed to the show?

Pascale: At first he said he didn’t think it would make a very good exhibition. Then I went back, and brought with me the curator Ruth Fine, as well as a paper conservator. Ruth was very responsive to the work. We were both former printmakers, before we were curators. Anyway, we finally got Martin to look carefully through the drawings with us; slowly he became convinced that we should do the exhibition.

Ebony: Will the Chicago version of the show be any different form the New York presentation?

Pascale: The Chicago show will be almost twice as big. Due to scheduling, we couldn’t get the largest spaces at the Morgan.

Ebony: Puryear melds abstraction and figuration in his work in a unique way. Can you talk about his particular approach to abstraction?

Puryear: That is one of the great things about him. When you look at the drawings it is clearly the work of someone who has looked at the world very carefully. He has the ability to make a dynamic graphic translation of the three-dimensional world around him. His forms seem to arrive immaculately, as pure abstraction; but they suggest so many things. One of my favorite works is the etching Loop (2002); it’s basically a simple curving line. There is purity in the form, but it stems from real-life experience that has been carefully observed, taken apart and reconstructed.

Ebony: Puryear is a master craftsman, and refined craftsmanship has always been an important attribute of his art. Unfortunately, in today’s art world craftsmanship is often eyed with suspicion. The found object and assemblage are generally viewed with greater favor these days. Has this been a problem for Puryear?

Pascale: Martin is well aware of the problem, and sometimes feels that his reputation has suffered because of his obsession with craft.

Ebony: I actually think that this show will go a long way to help resolve that issue. There’s a certain refinement about the drawings, but a casual quality, too. It makes you rethink Puryear’s approach to sculpture as perhaps more conceptual, and less about the craftsmanship aspect.

Pascale: I believe that’s true. It’s been difficult getting Puryear to believe it, though. He was really concerned about people’s perception of him. Although, I think his attitude may be changing. At one point, early on, when we were approaching him about the exhibition, he was still against it, and I was starting to feel dejected. Suddenly, as we were about to leave, he said, “Now that I’m 72, I can stand up to your scrutiny, so go ahead and do the show.”

Ebony: What is Puryear’s legacy? Why should young people—young artists and art historians—pay attention to his art?

Pascale: One of the most important things about Puryear is that he honors tradition without being traditional. Young sculptors in art school do not have the kind of formal training that was required in the mid 20th century. Puryear may not have had a conventional academic training, but he intuited a lot of it in his attention to building form. He realized that it was as important to learn joinery as it was to conceive of a shape. Puryear is important because he embodies everything that is good about making objects. In the absence of a great work, theory is meaningless. 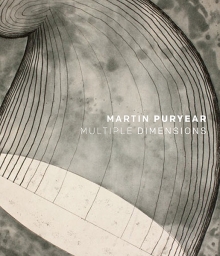