Big Data is a topic that is big news, yet it is often raised in academic circles with trepidation. Here are some reasons why our understanding of big data, even as a fashion, can benefit from historical thinking.

Rebecca Lemov is associate professor of the history of science at Harvard University and past visiting scholar at the Max Planck Institute for the History of Science. She is the author of World as Laboratory, named a 2006 New York Times Editor’s Choice, and Database of Dreams. 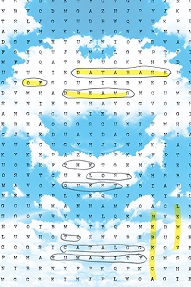