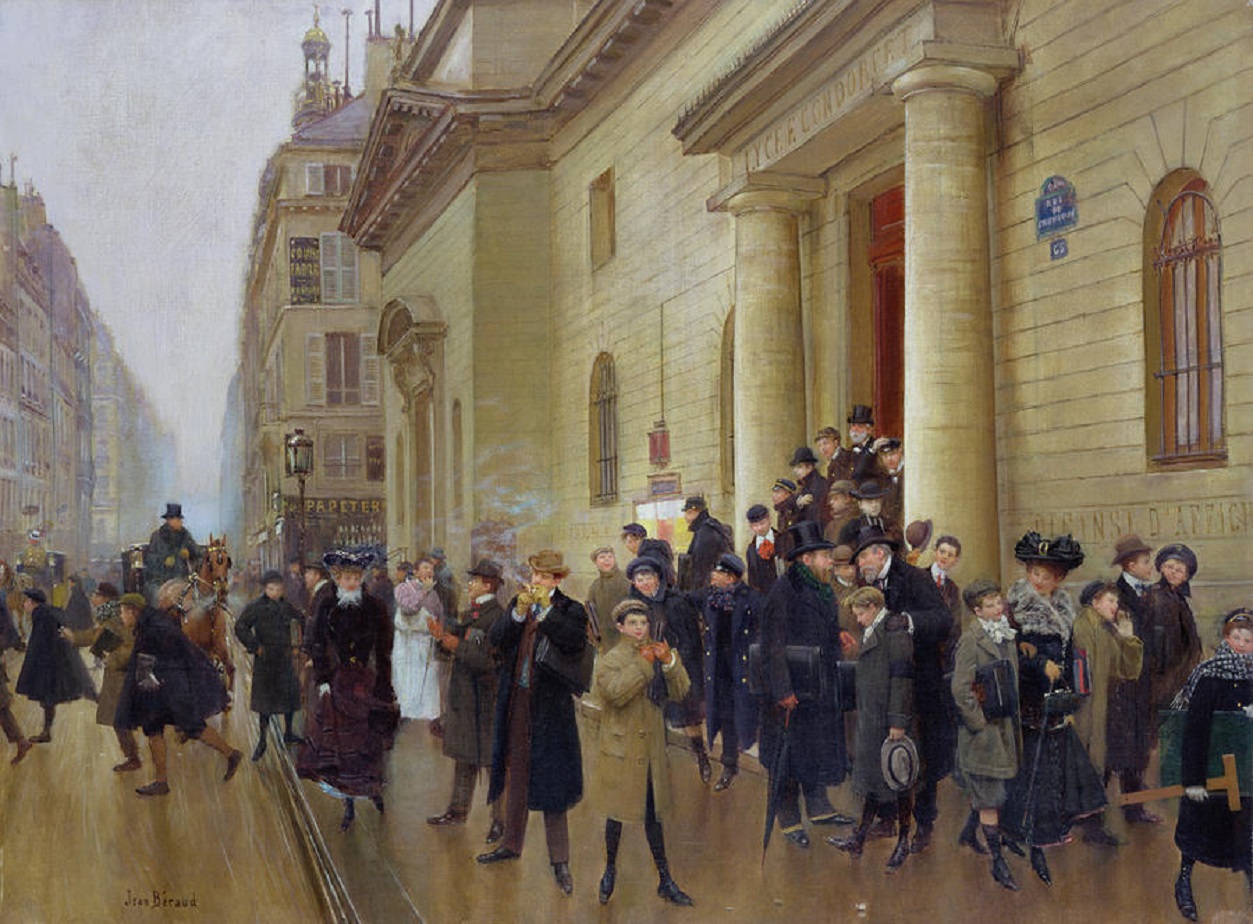 A question I am often asked is why do I never tire of reading Proust’s In Search of Lost Time? How does this novel continue to speak to generation after generation in a voice that seems fresh and vigorous? How does Proust manage to breathe so much motion, so much life into his style? Virginia Woolf’s reaction to Proust’s prose will help us understand in part why his words have such an effect on us, why they do arrest time while giving us a sense of life, a sense of what Proust calls the “true life.” In a 1922 letter, she describes reading Proust. Notice how intense is her admiration and how sensual the language she uses to illustrate what she feels on reading Proust: “Proust so titillates my own desire for expression that I can hardly set out the sentence. Oh if I could write like that! I cry. And at the moment such is the astonishing vibration and saturation and intensification that he procures—there’s something sexual in it—that I feel I can write like that, and seize my pen and then I can’t write like that. Scarcely anyone so stimulates the nerves of language in me: it becomes an obsession.”

Titillation, vibration, saturation, intensification, stimulation: These are words that make us think of a number of scenes in Proust and perhaps especially the most famous one of all: the madeleine scene from Swann’s Way. Here’s just a brief quote but notice the pleasure—the Narrator’s and our own, which is esthetic in nature, whose root meaning is to feel, to be alive: “An exquisite pleasure had invaded my senses, but individual, detached, with no suggestion of its origin. And at once the vicissitudes of life had become indifferent to me, its disasters innocuous, its brevity illusory—this new sensation having had on me the effect which love has of filling me with a precious essence; or rather this essence was not in me, it was me. I had ceased now to feel mediocre, contingent, mortal. Whence could it have come to me, this all-powerful joy?”

These experiences, like the involuntary memory phenomenon kindled by the madeleine and tea, such epiphanies, like art itself, have the power to rejuvenate and console because they produce happiness and joy. The pleasure that we derive from such works, as well as from music and painting, is what Proust calls the revealing smile of art. All In Search of Lost Time’s narrative elements—plot, characters, style, and so forth—create, as novelist and philosopher Iris Murdoch said of its effect, “the most intense pleasure which one does take in great art.” This is what Proust means when he says that the artist’s goal and our own should be to lead the true life, to truly live by marshaling, invigorating, and deploying our own potential talents.

This belief that art generates pleasure and joy is demonstrated in various passages and in various ways throughout the novel. For example, in In the Shadow of Young Girls in Flower, Proust compares Bergotte, his fictional novelist, to a builder and says that the criteria for the value of his construction is that it be useful, true, and give pleasure: “The instinct of the builder was too deeply implanted in Bergotte for him not to be aware that the sole proof that he had built usefully and truthfully lay in the joy that his work had given to himself first of all and afterward to his readers.

Proust establishes early in In Search of Lost Time, and reminds us throughout, that the goal of the Narrator’s search is the truth. In Bergotte’s writings from In the Shadow of Young Girls in Flower one finds “a priceless element of truth hidden in the heart of each thing, whence it was extracted by that great writer by virtue of his genius.” His books are called “mirrors of truth” in Swann’s Way. And books and all art, as broadly defined by Proust, are part of what Proust calls the Eternal Mind.

Far from being the culminating opus of decadent literature, as some early critics believed, this novel constitutes one of the most dynamic texts ever written. Its tremendous energy acts as a rejuvenating force. Shelby Foote was a novelist and historian, whose best-known work is a monumental history of the Civil War: A Narrative. Shelby admired Proust so much that each time he finished writing a book of his own he would reward himself by reading In Search of Lost Time from cover to cover and write in the back of his copy the date of his rereading. Shelby explained in an interview why he did this: “I’ve always given myself a reward when I finish something and the reward I give myself is always the same thing. I read A la recherche du temps perdu. That’s my big prize. C’est mon grand prix. I think I’ve read it nine times, now. It’s like a two-month vacation because it takes that long to read Proust. I like it better than going to Palm Beach.” Why does Foote compare reading In Search of Lost Time to a vacation in Palm Beach? Because each time he reads it he experiences the refreshing, rejuvenating experience that we find in great art. The labor and energy and love that the artist puts into the work arouse something in us that is rejuvenating. We saw this in the quote by Virginia Woolf who went so far as to compare the experience to sexual arousal. Here’s a passage from The Captive in which the Narrator recognizes the transforming, rejuvenating power of art: “The only true voyage of discovery, the only really rejuvenating experience, would be not to visit strange lands but to possess other eyes, to see the universe through the eyes of another, of a hundred others, to see the hundred universes that each of them sees, that each of them is; and this we can do with an Elstir, with a Vinteuil; with men like these we do really fly from star to star.” The French text is even more explicit: art is called le seul bain de jouvence (“the only fountain of youth.”)

Proust’s novel has captivated many other writers, dramatists, filmmakers, and choreographers. It often becomes a significant element in works by other writers. Here is one example: In Search of Lost Time plays a role in Iris Murdoch’s 1985 novel The Good Apprentice. Near the end of the story, we find Edward, one of the main characters, resuming his reading of Proust: “Oh—Proust—” Edward had been looking for the passage which had so amazed him . . . about Albertine going out in the rain on her bicycle, but he couldn’t find it. He had turned to the beginning. [Longtemps, je me suis couché de bonne heure.] What a lot of pain there was in those first pages. What a lot of pain there was all the way through. So how was it that the whole thing could vibrate with such a pure joy? This was something which Edward was determined to find out.

We notice that Iris Murdoch uses the same verb as Virginia Woolf: vibrate with pure joy. Murdoch leaves the question unanswered, inviting us, on our own, apparently, to seek the answer. This joy stems in part, I believe, from the compassion Proust shows for his characters, even those with whom he finds the most fault. He loves and wants to redeem them all, a sentiment that constitutes a powerful moral force, endowing his characters with life and making them seem real. Pamela Hansford Johnson, another British writer, sees this as the great lesson of In Search of Lost Times. She writes “there is no novel in the world that changes its readers more profoundly . . . above all it teaches compassion, that relaxing of the mind into gentleness which makes life at once infinitely more complex and infinitely more tolerable.” And: “Proust makes the reader love [the Narrator] so that Proust himself, perhaps more than any writer except Shakespeare, becomes an intimate.”

Tennessee Williams also commented on Proust’s compassion, saying that In Search of Lost Time “contains all the elements of a man’s psychic history—his love, fear, loneliness, disgust, humor, and, most important of all, his forgiving perception of the reasons for the tragicomedy of human confusion.”

In the closing pages of his novel, Proust urges each of us to comprehend, develop, and deploy our own remarkable faculties. He intends his entire enterprise to persuade us that we are incredibly rich instruments, but that most often we let our gifts lie dormant or we squander them. The joy that so many readers feel at the conclusion of the book derives also from the long-delayed triumph of the hero and the realization that we too can, by following his example, attempt to lead the true life. As we celebrate In Search of Lost Time and launch it into its second century, which began in November 2013, we have no doubt that it, like all great art, will continue to live, inspire, energize and delight future generations.

William C. Carter is Distinguished Professor of French Emeritus at the University of Alabama at Birmingham and runs the website Proust Ink. 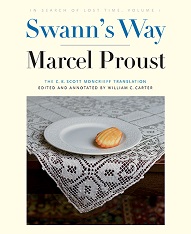 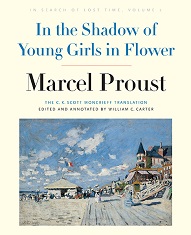