In what some are calling “coingate”, Hillary Clinton’s lead over Bernie Sanders in Monday night’s Iowa caucus allegedly came down to a series of coin flips. When the votes tied in several precincts, a coin toss determined which candidate would win the delegates. Exactly how many coin flips took place in this opener for the U.S. presidential primary election is unclear: The Atlantic reported that Hillary Clinton won in six out of seven recorded cases, while CNN claims that Sanders won six out of seven flips. Presumably, these articles are about different sets of precincts. Without more precise information, we can only suppose that a dozen or so precincts used coin flips to award a delegate, and that both candidates fared comparably well in these games of chance.

In any case, the repeated winner may have seemed quite lucky. But how lucky, statistically speaking? The chance of winning six out of seven coin tosses is 7 out of 128, or approximately 5.5 percent, which is low but not exactly a miracle. We often assume that in games of chance “the average” result—in this case almost equal wins and losses—should occur in an overwhelming majority of cases.

What’s called the “Law of Large Numbers” guarantees that as the number of coin tosses becomes, well, large (think hundreds or thousands), the proportion of a given outcome will converge towards the probability of this outcome (for a fair coin, we will see about equal heads and tails). This law, however, does not apply to a sequence of just a few coin tosses. Suppose two people play a game involving seven coin tosses. The chance that the outcome is “close to the average,” in this case a 3/4 or 4/3 split between heads and tails, is 70 out of 128, while the chance of getting an “unusually skewed” splits of 0/7, 1/6 and 2/5 is 58 out of 128. The probability of a “surprising” skewed result is thus 45 percent, compared to 55 percent chance of an “average” result! In the case of the Iowa Democratic caucus, if the coins in the seven undecided precincts were flipped a thousand times instead of just once, in about 450 cases out of 1000 (nearly half), we might expect the media to proclaim one of the candidates a miraculous fortune’s favorite.

As NPR pointed out today, the Iowa caucus was not decided by a coin flip: these were responsible for, at most, about a dozen out of 11,065 delegates from the precinct caucuses. These are different from the 1,406 state delegates, and from the 44 pledged delegates who vote at the National Convention. However, the media coverage of the coin flips and the disproportional enthusiasm for the “lucky winner” might well play a role in the elections. Proclaiming a candidate exceptionally lucky is a powerful statement can have both a positive and a negative effect for the campaign: some voters may assume that “being lucky” is a valuable quality for a president, while others might suspect unfair play. But from a mathematician’s viewpoint, the statement is unfounded, and it would be better to concentrate on the candidates’ proposals rather than on their comparative luck at gambling.

Anna Lachowska is a lecturer in mathematics at Yale University. She, along with Apoorva Khare, is the author of Beautiful, Simple, Exact, Crazy: Mathematics in the Real World. 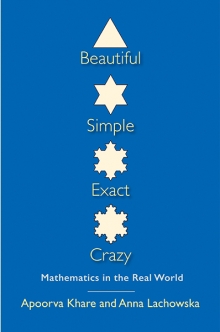