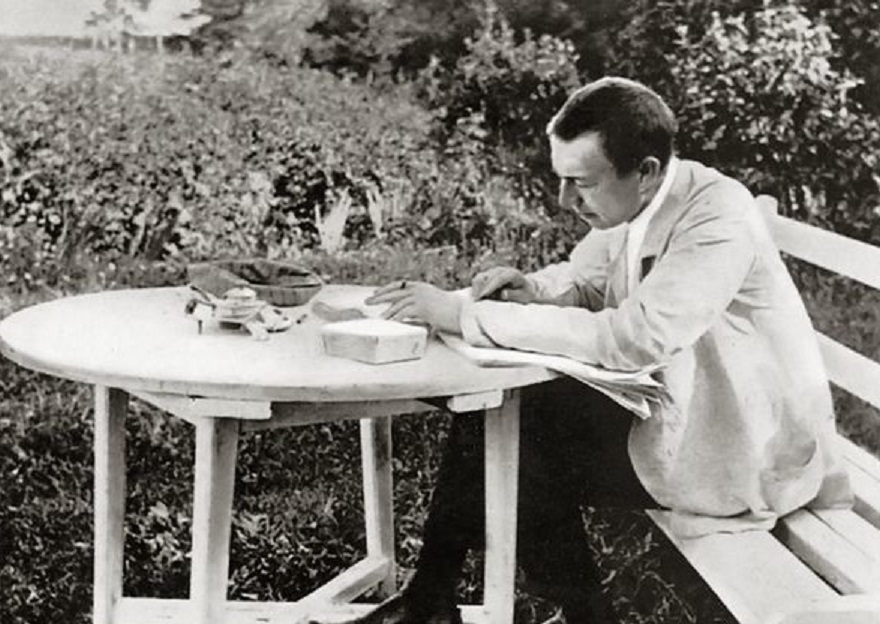 It was common knowledge among his Russian contemporaries that Sergei Rachmaninoff (1873-1943) did not willingly enter into conversation about his music. When commissioned to interview the composer about his musical inspiration in 1915, music critic Grigorii Prokofiev warned the editor of the Russian Musical Newspaper that any such attempt was useless—an assertion quickly confirmed by the composer’s “polite and categorical refusal” to discuss his music. Symbolist theorist Emilii Medtner had been equally unsuccessful in his 1910 attempt to incorporate Rachmaninoff into a larger cultural discussion of contemporary Russian music: to Medtner’s written request that Rachmaninoff suggest someone able to speak about his music in an informed way, the composer replied simply “I do not know such a person.” Attempts by Emilii Medtner’s brother, composer Nikolai Medtner, to engage Rachmaninoff in deeper intellectual conversation on the compositional process and musical creativity over an evening dinner were similarly destined to failure. Rather than philosophical conversation, he lamented, Rachmaninoff devoted the evening conversation to the pressing question of the best way to prepare Italian pasta.

In light of such manifold accounts of Rachmaninoff’s obvious disinterest in philosophical discussion of music, what possible connection could exist between the famous composer and the quintessentially modern philosopher of late-nineteenth- and early-twentieth-century Europe—Friedrich Nietzsche (1844-1900)? On one side stands the figure of a virtuoso pianist, conductor and composer, a wildly popular artist whose late romantic musical style captured the imagination of many of his contemporaries. On the other side stands Friedrich Nietzsche, a daring thinker who boldly challenged the most basic presumptions of European society, a man whose influential concepts of the “Übermensch” and “Will to Power” reverberated (though in a twisted form) in many of the ideological and social catastrophes of Europe’s troubled twentieth century. Nietzsche’s vehement attack on traditional beliefs and moral values provides a stark contrast to Rachmaninoff’s subtle adaptation of earlier musical styles for his own expressive ends. What, apart from the mere chronological overlapping of their lives, might these two men have in common?

On a fundamental level, Nietzsche and Rachmaninoff shared a common interest that bound their lives together: music, the art form that underpinned the lives and work of both men. Rachmaninoff’s engagement with music was immediate and self-evident, the form that his public interaction with the world took. But music also held a fundamental place in the life and thought of Nietzsche. Music was the art form that Nietzsche loved passionately from childhood, the art form in which he found a symbol for the Dionysian, irrational impulse or primordial unity that underpinned life itself, an image described with passionate vigor in his first published work, The Birth of Tragedy (1872). Nietzsche’s oft-quoted aphorism, “Without music, life would be a mistake,” resonates surprisingly well with Rachmaninoff’s claim that “music is enough for a lifetime, but a lifetime is not enough for music.” For both men, music was an art form that transcended quotidian existence through its immediate appeal to irrational emotion.

While Rachmaninoff himself was relatively indifferent to the philosophizing of his European contemporaries, the same cannot be said of many of his Russian compatriots. In late imperial Russia, music (read through the lens of Nietzsche’s Dionysian force) emerged as a central theme of discussion. St. Petersburg music critic Aleksandr Koptiaev set the stage for this in 1900 with a provocative analysis of Nietzsche’s writings on music, in which he insisted that “the trend of Nietzsche is the trend of our time.” Koptiaev hinted that the “music-practicing Socrates” that the philosopher had called for in The Birth of Tragedy was destined to appear, not in Germany, but in Russia: ideas that found wide resonance amongst his contemporaries. This Russian reinterpretation of Nietzsche melded the German philosopher’s ideas with those of religious philosopher Vladimir Solov’ev (1853-1900), embracing Nietzsche’s musical vision while insisting on Russia’s uniquely Christian mission in the contemporary age. In this Russian context, Nietzsche emerged as a prophet, calling for a modern Russian Orpheus who would reunite the troubled social and cultural landscape of imperial Russia. It remained only to identify the most suitable Russian composer for this Orphic task. As the most popular composer of his day, Rachmaninoff appeared to be a natural claimant to the lyre of Orpheus.

Of course not all of Rachmaninoff’s contemporaries believed that his music was the best expression of this Russian remaking of Nietzsche’s Dionysian spirit. Critiques of the inappropriately “pessimistic” mood of his music and apparent “pandering” to popular audiences were common. But admirers sought ways to frame Rachmaninoff in the garb of Orpheus. Perhaps the most passionate voice among these was that of a young poet of Armenian descent, Marietta Shaginian. Echoing Nietzsche’s image of the Dionysian impulse underpinning the phenomenal world, she found in music the “valuable internal cement” uniting the universe, and in Rachmaninoff’s music a “deep contemporary understanding.” Only Rachmaninoff, she claimed, offered the potential to re-forge a unified Russian society—a dramatic claim that the composer himself felt unequal to realize. Ultimately such Nietzschean claims were thrust upon Rachmaninoff by his admirers, but not embraced by him.

Was Rachmaninoff a follower of Nietzsche? If such a question is defined according to the composer’s own immediate relation to the writings of this philosopher, the answer is a simple no. However, Rachmaninoff lived in an age shaped by the ideas of Nietzsche, an age in which music was granted tremendous meaning and power. For many of Rachmaninoff’s contemporaries, Nietzsche’s image of a “music-playing Socrates” elicited hope for the future of their own country. Seeking a Russian Orpheus who might succeed where Nietzsche’s Orpheus (Richard Wagner) had failed, and at the same time redeem Europe through the reinvigoration of Christian belief, Rachmaninoff’s contemporaries interpreted his music within a conceptual landscape laden with Nietzschean ideas. Their translation of Nietzsche’s ideas into the late imperial Russian context helped to lay the groundwork for an understanding of Rachmaninoff as the ultimate embodiment of “Russianness” in music – an interpretation that continues to be embraced in the present day.

Rebecca Mitchell is assistant professor of history at Middlebury College. Her latest book is Nietzsche’s Orphans. 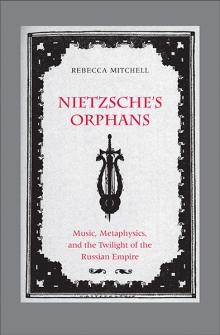