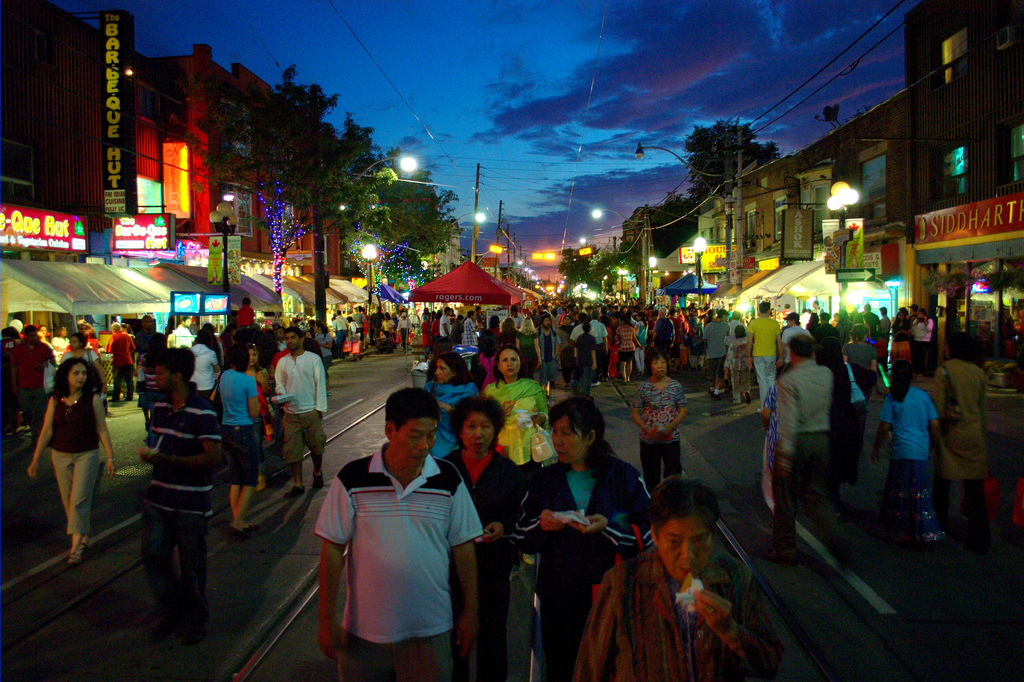 South Asia is of immense significance to the wider world. It is home to a quarter of the global population and a third of the Islamic community. It is a major market and focus for overseas investment within which the rising economic power of India will become increasingly important in the “Asian” twenty-first century. By the end of this century’s second decade, Mumbai will be the second-largest city in the world, closely followed by Delhi and Dhaka, which is currently the fastest-growing global megacity. Rapid economic growth throughout South Asia, however, exists alongside mass poverty. Six hundred million South Asians subsist on less than $1.25 per day, the greatest concentration of poverty outside Sub-Saharan Africa. There are more than 300 million hungry and malnourished people in the region. Despite rapid urbanization, more than half of the population is still engaged in agriculture. Climate change is projected to reduce crop production in the region by between 10 and 40 percent by the end of the century.

The region is also an important strategic crossroads and has been the site of much bloodshed since British decolonization in 1947. Conflict between India and Pakistan alone has led to three wars and, in their wake, the development of rival nuclear weapons and delivery systems. By 2013, Pakistan’s production of warheads was estimated at 100–120, India’s at 90–110. It is clearly important to understand the history of this economically and strategically significant region. The region displays immense variety in its climate, topography, and demographic characteristics. It includes some of the most densely populated and sparsely populated regions of the world. Populations are concentrated in the Indo-Gangetic plains and megadeltas of the region. Deserts and mountainous environments are largely uninhabited. Urbanization ranges from 35 percent of the population in Pakistan to just 11 percent in Bhutan. Myriad languages, religious traditions, and ethnic groups add to the region’s complexity and diversity. The Indian 2011 census, for example, recorded more than fifteen hundred languages, thirty of which together were mother tongues for more than a million people. Hindi is the most widely spoken language in the region, where it is understandable in spoken form for Pakistan’s Urdu-speaking population. Within the great religious traditions of Hinduism, Islam, Buddhism, Jainism, and Sikhism within the region, there are immense varieties of expression, which can prompt sectarian confl ict and violence. Alongside religion, ethnicity, and language are the other great sources of identity, which in the contemporary era have become increasingly politicized. South Asia’s pluralism is the product of successive waves of migration and invasion in the region.

The best-known and longest-lasting impacts have resulted from the invasions of the Aryans, Muslims, and British. The legacies of these invasions have been the source of much political as well as scholarly contest. It is important, for example, to set the British colonial tenure in the context of earlier intrusions. People from the region have also moved outward for trade and settlement, taking advantage of the monsoon winds to journey in the premodern era around the Indian Ocean rim. In the colonial and contemporary eras of globalization, large-scale migration has been mobilized, giving rise to what has become termed the South Asian diaspora. The size and wealth of diaspora populations has multiplied in the past three decades. New Delhi, after years of condescension toward overseas Indians, has chased the “brown dollar” in its post–economic liberalization phase. Remittances from workers in the Gulf, Europe, and North America prop up Pakistan’s parlous foreign-exchange reserves. Recent joint ventures in information technology between Indian and Mauritian companies can be understood only with reference to the historic Indian diaspora in Mauritius. Diasporas have, however, threatened as well as sustained their homelands. From the 1980s onward, overseas residents provided vital fi nancial and propaganda support for Punjabi, Kashmiri, and Tamil separatist movements. Mainstream parties have also established overseas branches; London  and Dubai are emerging as important hubs of Pakistani political activity.

Despite the burgeoning of diaspora studies, this book represents one of the few accounts to bring together histories of overseas South Asians and their homelands. India has experienced rapid economic growth since the abandonment of the government controls of the “license-permit Raj” in 1991. India’s rising global power resulted in its being ranked fourth in the world in GDP purchasing power, with a parity of $4,784 trillion in 2012. An increasingly wealthy middle class has eagerly snapped up consumer products. The age of austerity and frugality still evident in 1970s Delhi has given way to glitzy shopping malls. Millions of Indians, though, have been left behind; ostentatious wealth exists cheek by jowl with grinding poverty. Within the region, localities that possessed advantages of education and infrastructure in the colonial era have continued to thrive alongside poorer neighbors. The countryside lags behind towns and cities, with resulting rural-urban migration across the region. Wealthier areas of the Subcontinent can be compared in development terms with Latin America, while its poorer regions are akin to sub-Saharan Africa.

Excerpted from A History of Modern South Asia by Ian Talbot

Ian Talbot is professor of modern british history and formerly head of history at the University of Southampton, United Kingdom, and has written numerous books on the modern histories of India and Pakistan.