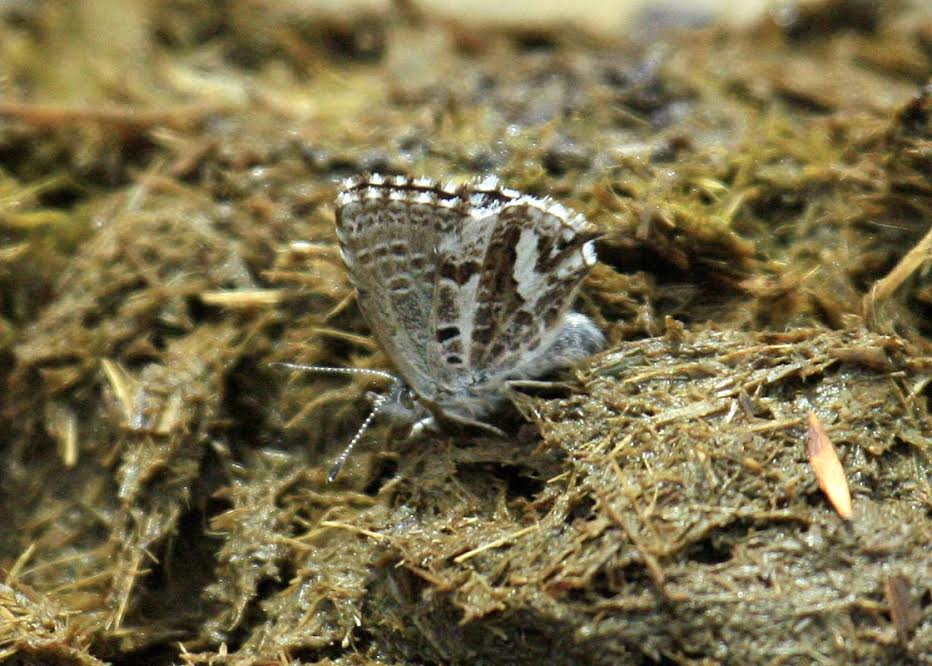 Nabokov’s science and art are united most of all by his fascination with time, and it was that fascination that led to one of his most surprising near-discoveries in the 1940s. His work with time as a biological factor in evolution produced major scientific results, and it also transformed his approach to his own creative work.

Studying Blue butterflies, Nabokov was inevitably led to ponder the relationship of expanding distributions, distribution disjunctions, time and speciation.  In a his lab drawings he tries one scheme after another to make sense of how species, subspecies and races might have arisen across complex mazes of relationships.  The complex circumstances surrounding the Blues led Nabokov to realize that study of his subject butterflies involved far finer distinctions than most. This complexity led him to question the coherence of the dominant systematics of his day—and the reliability of the biological definition of species.  Like the later phylogeneticists, Nabokov wanted a taxonomic method that could lead to the recognition of actual evolutionary lineages.

Nabokov reflected on the fleeting meaning of the individual or population in finite time, wondering how one would approach the flow of evolutionary change over far more expansive time in an ascending lineage; in his 1945 Latin American paper he used the metaphor of a train passing through successive stops, each having its own identity.  Later, Willi Hennig pondered the same phenomenon. This desire for a vertical view required taxonomy to move toward recognizing hierarchies of nested sets of successively derived characteristics—the key to a Phylogenetic taxonomy.

In his Lycaeides study (1949), before Hennig’s seminal work had appeared in any language, Nabokov began using what was later called a “transformation series,” in which successive derivation of certain characteristics provides the information used to project the actual path of evolution.  Nabokov began by hypothesizing the ancestral ground plan for the larger group. He then recognized successive structural developments.  He subsequently furthered this protocol into a projected phylogeny, illustrated with drawings of the character transformations. Elsewhere, Nabokov’s comments show that he clearly understood the challenge of reliably discerning “ancestral characters,” later worked out and codified by Hennig.

Nabokov’s note cards demonstrate his awareness that spatial disjunctions meant the disjunction of populations (and thus of gene pools).  With these would come changes reflected in differing, analyzable, characteristics, and these in turn created parallel data sets that, together, could disclose the paths of actual evolution.  This was what the later Phylogenetics would perfect in the cladistic methods of Willi Hennig and his followers.

A card Nabokov subtitled “A Tricky Question,” in which he ponders the very crux of the riddle presented by allopatric speciation over time, is a boon to historical study of these matters.  Like the later phylogeneticists, Nabokov himself recognized that the fundamental challenge facing systematists was establishing how, presented with three entities, one could determine which two are most closely related.    Known as “the challenge of the three taxon statement,” the conundrum is complex, and the answer is simple, but it was unavailable until Willi Hennig’s method enabled a solution.  His “Phylogenetic Systematics,” using the same (transformation series) approach published by Nabokov in1949,  was able to solve the problem.  The new Phylogenetics could reliably make the decision based on distinguishing shared ancestral (primitive) characteristics from shared derived characteristics and building the nested sets of relationships on the latter.  Nabokov, too, was using the same method Hennig was using, even before it was published; he used it to create his Lycaeides phylogeny. But he did not propose any overarching taxonomic principle associated with the method, perhaps because he abandoned active research right after finishing this paper.  Nabokov came very close, but such recognition is what was unique to Hennig and the early phylogeneticists who followed him.

As an artist and as a teacher, Nabokov came to embrace some of the same practices that he developed to such a high level in his scientific pursuits.  Most fundamentally, he switched his writing materials, abandoning traditional paper for the four-by-six note cards he had used for his butterfly research.  In interviews, he liked to talk about the way this physical innovation in the manuscript’s form freed him from the linear time traditionally associated with narrative: he could pick up his work at any point in the story, and fill in the gaps as inspiration led him.  But it wasn’t just a matter of inspiration, and we can see how this temporal freedom has an important analogy not just to the physical form of the lab notes, but also to the way they function in the process of discovery.  For on Nabokov’s taxonomic note cards, we see clear signs that he was reviewing them from alternative perspectives: drawings that he originally made as part of one series are re-numbered and become part of a different series or evolutionary concept.  He clearly became entranced by the way his cards allowed him to jump back and forth between different species or genera, and to propose new relationships by forcing juxtapositions that were not evident in the initial flow of research.  Such shufflings also allowed him to create mock-phylogenies that were useful analogs for real ones.  In Nabokov’s art, we see the indelible trace of this practice in at least two ways: on the superficial level, his novels weave and jump unpredictably through time, while time itself becomes an ever-more-explicit major theme of the works themselves. On a deeper level, Nabokov was taking pains to create an evolutionary, genetic heritage embodied within each of his works, so that, to the prepared observer, the past shines through the present surface of his works: thus, Lolita embodies and performs a genetic history reaching back through Dostoevsky, Poe, and Pushkin, Bizet and Mérimée, to its Renaissance and medieval precursors, while Pale Fire recapitulates much of the history of Anglo-American verse, including the little-known poet Edsel Ford, Robert Frost, Alexander Pope, and Jonathan Swift—just to scratch the surface.  In the same way, Nabokov used the varyingly archaic structures of butterfly genitalia to determine which groups of Blues had arrived in the New World first, and which fifth.  For Nabokov, what he called “links in the chain” between the past and the present (and the future) allow us to understand, partially, what our world is, and where we stand in it.

Just as the anatomical structures of any creature contain some archeological hints of its below heritage, Nabokov wanted his own works to contain—quite literally—hidden, atavistic organs from departed ancestors.  As a result, re-re-reading a Nabokov novel, with an expanding awareness of its phylogenetic baggage, can very much resemble traveling in time, not unlike excavating an ancient bug from its traces within the contours of a modern one.

Stephen H. Blackwell is professor of Russian, University of Tennessee. He is the author of The Quill and the Scalpel: Nabokov’s Art and the Worlds of Science. Kurt Johnson is author or coauthor of more than 200 journal articles on Lepidoptera and coauthor of Nabokov’s Blues: The Scientific Odyssey of a Literary Genius. 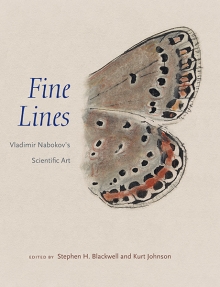