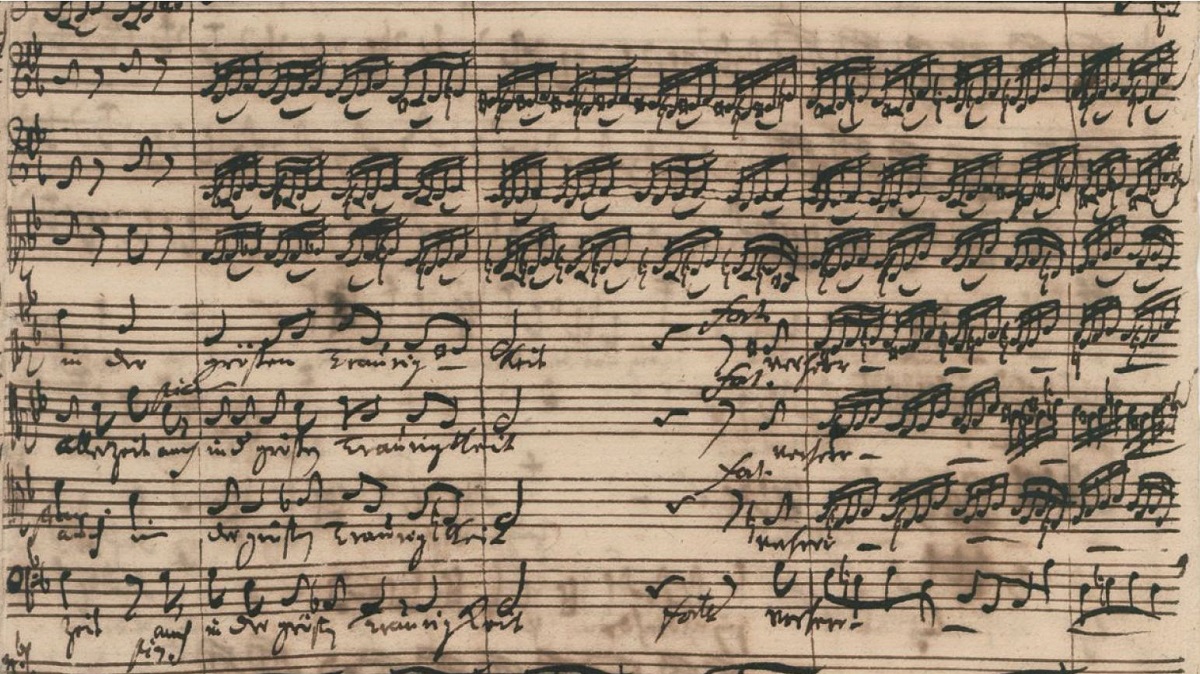 We listen to Johann Sebastian Bach’s Passions in strange isolation. Originally composed for the Lutheran liturgy in Leipzig, Germany, these magnificent pieces were embedded into a liturgical framework, which created its own references and its own meaning. During the season of Lent (forty-four days before Good Friday), concerted music for voices and instruments had been prohibited and even most forms of domestic music (such as dance music) were forbidden. Lent meant fasting–sonic fasting. So the first chords of Bach’s passions in the afternoon service on Good Friday meant breaking this fasting in the most magnificent way. It’s not hard to imagine the effect this music had on the listener. Imagine not listening to your radio, Spotify, or Apple Music for weeks before you go to a performance of Bach’s St John Passion.

In Bach’s time, the passion performance on Good Fridays was framed by biblical readings, congregational hymns and was interrupted by an hour-length sermon. Probably ideal for the singers to rest their voices but unthinkable in a modern performance.

But the context not only extended to the liturgy. The passions only give us part of the story. They end with the death and burial of Jesus. While most modern listeners will know that Jesus would be resurrected after three days, this larger context is missing from the concert experience. For Bach’s listeners in the 1720s, who experienced the passion in the context of the liturgical year, the passion performance would naturally have been followed by the celebration of Easter Sunday. While Bach’s passions are dramatic settings of the suffering and death of Jesus, most of his works composed for Easter Sunday don’t have a dramatic narrative. The listeners in Bach’s congregation would have heard the Easter story in a reading, while Bach’s piece would have provided theological reflection afterwards. An exception is Bach’s Easter Oratorio (BWV 249), originally composed for Easter Sunday 1725 and subsequently revised for later performances. The oratorio, like Bach’s passions, tells a story: the women come to the grave, find it empty, and notify the disciples of Jesus’ resurrection. Subsequently, the protagonists reflect on the meaning of the resurrection.

In 1725 we have the interesting constellation that Bach performed his St John Passion on Good Friday and three days later the earliest version of his Easter Oratorio. The texts for the two pieces were written by different authors and both oratorios have very complex histories. Yet, Bach’s listeners in 1725 would not have known that, neither would they have cared. They heard two pieces of liturgical music, one continuing the story started in the other. They would have heard interesting connections beyond the mere continuation of the story shaped by the Lutheran understanding of the passion and resurrection of Christ.

What happens after we die? The medieval answer would have been, we either go directly to hell or our souls are purified in Purgatory. Luther and the Lutheran Reformation had rejected the idea of Purgatory as being un-biblical. Instead, Luther envisioned the dead as being suspended in a state of sleep until the final judgment. This understanding of death informs the final movements of Bach’s St John Passion: “Be fully at peace, you holy bones, which I will no longer bewail; be fully at peace and bring also me to this peace!” and the following hymn setting adds, “let my body rest in its little sleeping chamber.” Bach’s setting underscores this understanding. The composer sets the chorus in a lilting meter, reminding of a soothing lullaby. The chorus of the believers rocks the body of the dead Jesus into its final sleep and simultaneously anticipates its own sleep of death.

The Easter Oratorio picks up on this understanding. The apostle Peter, after finding the empty shroud of Jesus, sings a similarly soothing aria: “Gently, my death’s grief shall be only a slumber, Jesus, through your shroud. Yes, there it will refresh me and wipe the tears of my pain . . .” Bach’s listeners on Easter Sunday morning might have been reminded of the music they had heard just a few days before.

The listeners might also have heard another connection. At the most dramatic moment of the St John Passion, the death of Jesus, Bach composed the aria “It is accomplished!” The opening part of the aria contains some of the saddest and most devastating measures ever written by Bach. The alto bemoans the death of the Savior in a dialogue with the warm sound of the viola da gamba. Then, halfway through the piece, the character of the music changes: the violins play triumphant fanfares and the singer adopts a similarly triumphant motive. The text explains why, “The hero from Judah triumphs with power and brings the battle to a close.” Christ’s death is appears as a manifestation of his victory. But the measures are also an anticipation of the victory on Easter Sunday. The aria foreshadows what is about to happen three days later.

The text for the Easter Oratorio again picks up on this idea when the final chorus rejoices, “Let praise and thanksgiving, Lord, remain your song of praise… the Lion of Judah comes, entering victoriously!” The “lion of Judah” is a reference to the book of Revelation; however, listeners on Easter Sunday 1725 might also have been reminded of the aria they had heard just recently, especially since the final movement of the oratorio again adopts victorious fanfares to celebrate the resurrection of Christ. While Bach had not been able to use brass instruments in his passion setting, he could now pull all the stops and assign the fanfares to the instruments to which they belonged: the trumpets. The music on Easter Sunday sonically completes to what the aria in the passion had only alluded.

Finally, the closest connection between the St John Passion and the Easter Oratorio in 1725 is their common view of divine love. Piety in Bach’s time was highly emotional and religious language often resembled love poetry, occasionally even adopting erotic imagery to describe the relationship between Christ (the bridegroom) and the believer (the bride). The suffering and death of Jesus was often viewed as the deepest expression of divine love for mankind. The response of the believer is likewise emotional, as the soprano aria “Zerfließe, mein Herze” from the St John Passion shows, “Dissolve, my heart, in floods of tears to honor the Most High! Declare to the world and to heaven the distress: your Jesus is dead!” Bach’s setting of the text underscores the emotional quality of the text; we hear the bride who has lost her beloved lamenting and bemoaning her devastating loss.

Consequently, the Easter Oratorio also awaits the return of Jesus with ardent desire. An aria, sung by Mary Magdalene, asks, “Tell, tell me quickly, tell me where I will find Jesus, whom my soul loves . . . for without you my heart is completely destitute and distressed.” And the other disciples don’t stand far behind in their desire for Jesus as when Peter describes how his heart had melted and was suspended in grief when he believed his Jesus had died. 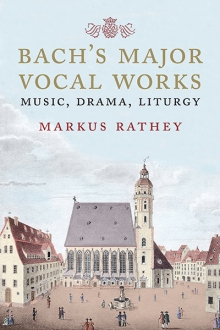