In the course of a conversation about religion, it would not be surprising to hear someone refer to the New Testament, meaning by that phrase to name the portion of the Christian Bible that is regarded as sacred Scripture by many people and that was written originally in Greek after the time of Jesus of Nazareth and often in reference to him. The phrase, the New Testament, however, can be unintentionally misleading. The definite article the indicates something well defined and clearly identifiable, something particular and quite often singular in nature; for example, the girl is one specific girl rather than any one of all girls. In turn, the entity in the phrase that the definite article stipulates is designated New Testament. New, of course, is an adjective that implies the existence of something else (another Testament) that is seemingly Old—but that is another matter for another time. In original biblical languages (Hebrew and Greek) this word testament indicates something that in meaning and nature is very much like a covenant (a religious contract or promise) that almost always involves the deity.

The idea of a new testament is usually understood by believers (Christians) and non-believers (non-Christians) to be related to the Christian conviction that, as one early Christian writer put it, “God was in [Jesus] Christ reconciling the world to himself” (II Corinthians 5:19). And so, the phrase, the new testament, is both derived from and related to that belief. The outcome of this understanding is that the same phrase is used to name the Christian Scripture because the Scripture itself is understood or believed to be about this new testament.

This language, however, when applied to the book commonly called the New Testament, can be misleading. Actually, the New Testament is not a book. It is a collection of twenty-seven books (which are not exactly “books”), comprising four types of ancient writings: Gospels, Acts, letters, and apocalypse. This collection is uneven in terms of numbers. There are four Gospels, one book of Acts, twenty-one so-called letters, and one apocalypse. The Gospels are each attributed to recognized historical figures from the time of Jesus’ ministry or the first decades after Jesus. The book of Acts is akin to ancient historiography and is the work of the same author who wrote the Gospel according to Luke. Then, thirteen of the twenty-one letters are attributed to a first-century Christian missionary named Paul of Tarsus; some of them are to churches and some are to individuals. The other eight writings called letters either are attributed to prominent figures in the early Christian movement (Peter, James, John, etc.) or are anonymous (Hebrews). And, finally, the last writing in the collection is called Revelation (or, the Apocalypse) and is a Christian example of an ancient type of writing, called apocalyptic literature, which mystifies modern readers.

This collection of Christian writings is referred to as a canon, which means an authoritative collection of accepted or sanctioned writings that provide a standard for the thought and life of believers (who recognize the writings as authoritative). The word canon derives from the Greek word kanōn, which was literally a straight reed or rod used by people in the ancient world to draw straight lines.

Recognizing the particularity, the uniqueness of each of these twenty-seven documents, is important for understanding and appreciating each of these writings. As one scholar put it, “Let Luke be Luke, John be John, Paul be Paul, and even Jude be Jude!” Through the centuries the historical tendency has been to read New Testament writings as if they were all cut of the same cloth. But, in fact, no two New Testament writers and no two New Testament documents are the same. For example, the earliest document in the New Testament is almost certainly Paul’s First Letter to the Thessalonians, which was written around ad 50; while the latest is probably the Second Letter of Peter, written some time in the second century, probably no later than ad 150. In his own day, Paul wrote to the members of the church in Thessalonica about their life together as a community of faith, while much later Second Peter addresses a different kind of situation from that which Paul encountered, and in the course of Second Peter’s comments, among other things, there are remarks about Paul and his letters.

Each New Testament writing is related to a particular time, place, audience, and situation. The authors clearly think and express themselves in distinct ways, while obviously sharing many convictions and concerns. Yet, every New Testament document belongs to the world in which it came to be, and speaks both from and to the actual circumstances of that world. No two of Paul’s letters are focused on the same issues, and while his theological vision is coherent and for the most part consistent, the individual conditions that he addressed elicited distinct attitudes and remarks. Even the four Gospels are particular in their outlooks and interests. Both Matthew and Luke recall Jesus’ preaching, but in Matthew Jesus says, “Blessed are the poor in spirit” (Matthew 5:3); whereas in Luke, he is remembered to have said, “Blessed are you poor” (Luke 6:20). Both spiritual matters and economic considerations influenced the memory and the re-presentations of the teaching of Jesus. Matthew and Luke faced different circumstances, so that their uses of the memories of Jesus occurred in relation to their own specific situations. Jesus himself had spoken and taught in Aramaic, although Matthew and Luke present the substance of his teaching in Greek. Different languages and different conditions resulted in the authors of the Gospels shaping and applying Jesus’ words to circumstances that Jesus himself never likely faced.

All of this is part of the New Testament. Discerning the distinctions between these twenty-seven early Christian writings is a critical step in an informed effort to understand and to assess the documents in that particular collection. 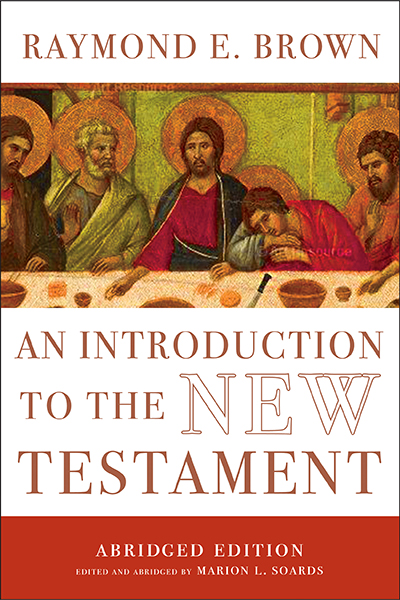