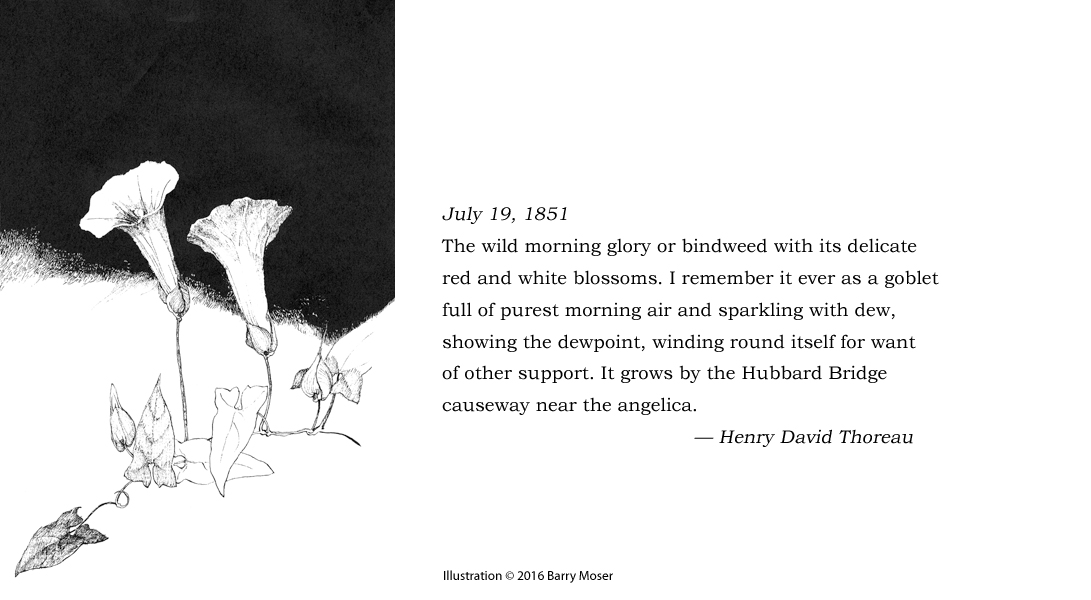 After graduating from Harvard College in 1837, Henry David Thoreau returned to the village of Concord, where he taught school with his older brother John. At least once a week the Thoreau brothers took the students out for a walk or a boating excursion.

On one of these walks, according to an early biography, Thoreau stopped, knelt down, plucked something from the ground, and asked a boy named Henry Warren if he could see it.

“Drawing his microscope, Thoreau showed the boy that, thus magnified, this little thing was a perfect flower, just then in the season of its blossoming; and he went on to say that he had become so well acquainted with the flowers, large and small, of Concord and Acton and Lincoln, that without looking in the almanac, he could tell by the blooming of the flowers in what month he was.”

Thoreau’s love of flowers was noticed by those around him. Louisa May Alcott, a child when Thoreau was living at Walden Pond, wrote about those days years later: “On certain days, he made long pilgrimages to find ‘the sweet rhodora in the wood,’ welcoming the lonely flower like a long-absent friend.”

In the introduction to Mosses from an Old Manse, published in 1846, Nathaniel Hawthorne wrote about his friend and sometime skating companion: “The pond lily grows abundantly along the margin — that delicious flower, which, as Thoreau tells me, opens its virgin bosom to the first sunlight and perfects its being through the magic of that genial kiss. He has beheld beds of them unfolding in due succession as the sunrise stole gradually from flower to flower — a sight not to be hoped for unless when a poet adjusts his inward eye to a proper focus with the outward organ.”

The observation of flowers was no passive activity for Thoreau. Knowing when each one first sprouted, blossomed, set seed, and died was a key element in his grand project of creating a master “Kalendar” that would track each daily change in the natural world of Concord.

To follow in Thoreau’s footsteps through the year, beginning with snowmelt in March and the first buds of the skunk cabbage, is to witness a first-rate detective at work. Thoreau could identify flowers not only from their blossoms but from their first shoots, their dry seed pods, and from their fragrance.

In fact, one of the pleasures of Thoreau’s flower writing is his attention to scent: the “mild sweet vernal scent” of the willow catkins, the “rummy scent” of the wild cherry, and the pure, sweet, virginal fragrance of the water lily. He notes the barberry’s “sickening buttery odor — as of an underdone butter pudding” and the odor of the carrion flower, which “smells exactly like a dead rat in the wall.”

Some scents presented mysteries that could puzzle even a great detective. “Here on this causeway,” he wrote on May 16, 1852, “is the sweetest fragrance I have perceived this season, blown from the newly flooded meadows. I cannot imagine what there is to produce it.” (Meadows, for Thoreau, generally meant wetlands that were flooded for part of the year.) The following year he smelled it again: “the first whiff of that ineffable fragrance from the Wheeler meadow.”

But it was not until 1859 that he plucked a blossom of perfoliate bellwort and thought he had the solution: “Just after plucking it I perceived what I call the meadow fragrance though in the woods — but I afterward found that this flower was peculiarly fragrant, and its fragrance like that, so it was probably this which I had perceived.”

Geoff Wisner is an author, editor, book reviewer, and contributor to publications including the Christian Science Monitor and the Quarterly Conversation. He is author of A Basket of Leaves and editor of African Lives. He lives in New York City. 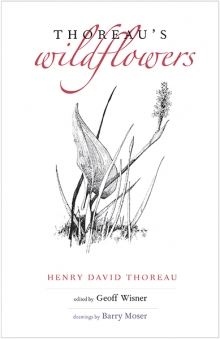