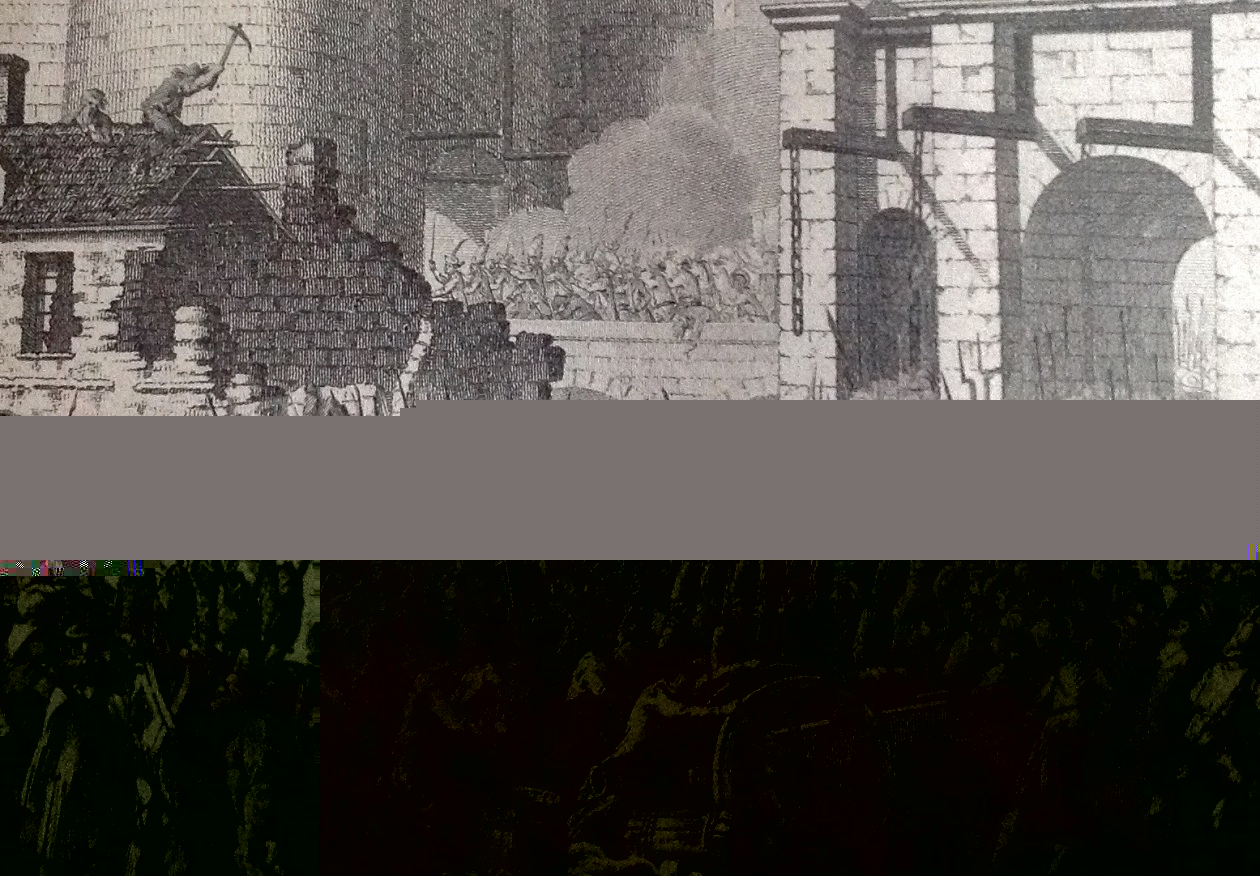 The French Revolution is one of the great turning-points in history. Its achievements and triumphs—like its deceptions and atrocities—were of a scale that has made its stature unique. Never before had the people of a large, populous country sought to fundamentally remake their society on the basis of the principles of liberty and equality. It continues to fascinate and to inspire, and at times to horrify us. Its importance is undiminished as we try to understand revolutions in our own times.

The great themes of the revolutionary decade after 1789 are the abolition of absolute monarchy and noble privileges, the end of the feudal system, the new republic’s wars with Europe after 1792, and the year of “the Terror” in 1793–94. Embedded in these upheavals are stories of millions of individual men and women for whom the decade was a time of hope and horror, privation and celebration, and above all fear.

One of them was Corporal Francois-Xavier Joliclerc, born in 1766 in the village of Froidefontaine in the eastern Jura mountains. A committed revolutionary, he had volunteered for the army in 1791, and fought in the victories against Austria and Prussia in 1793. “I have always been republican in spirit,” he wrote to his mother back home. “The principles of love for la patrie, la liberté, la république, are not only engraved on my heart, but are deeply etched and will remain there as long as it will please the Supreme Being to sustain in me the breath of life.” By January 1794 he was in the army crushing the Vendée rebels in the west of France: “We will use steel and flames, a rifle in one hand, a burning torch in the other. Men and women, all will feel the end of our swords. All have to die, except small children.” A few weeks later, François was wounded during an insurrection, which left fifty-two of his fellows dead, “all with heads smashed in or with bodies run through with bayonets.” He admitted to his mother that, “if I recounted to you the cruelties committed in the Vendée by both sides, your hair would stand on end.”

As war dragged on with European powers after the victories of 1794, the daily situation of troops in the French armies became miserable. Even a militant revolutionary like Joliclerc was reduced to begging material assistance from his stern and grudging mother: “most of the time we are reduced to eating a pound and a half of poor quality rye bread which passes through our stomachs like gruel in twenty-four hours. As for clothing, the majority of soldiers are barefoot. . . . So decide which path you want to take, to let me die in misery or to help me.” Wounded once again shortly afterwards, François Joliclerc finally returned home to his mother in Froidefontaine, where he died aged sixty- five in 1832.

Very different was the experience of two working women from the parish of Saint-Paul in the town of Orléans. The conviction that they were living in extraordinary times convinced them to begin diaries in 1788. Jeanne-Victoire Delzigue was a twenty-year-old apprentice dressmaker; Marie-Anne Charpentier was probably a little older but also from an artisan background, who decided to keep a diary of “only what I see with my own eyes.”

Their precious and rare accounts tell us more about the mood on marketplaces and streets than they do about male spaces such as electoral assemblies and municipal council meetings. 1789 was a year of hunger and uncertainty as much as revolutionary exhilaration: Delzigue headed her first page “1789, a year of sadness everywhere.” As devout Catholics dismayed by the sweeping changes to religious practice and as working women anxious about material survival, the years of the Revolution were for Delzigue and Charpentier a period of fearful shortages for which the elaborate civic festivals of local revolutionary leaders seemed thin alternatives to older religious rituals.

So meager were food supplies in Orléans by May 1795 that Marie-Anne wrote in her diary that “those who see these writings will shudder at the great misery their fathers and mothers suffered during this cruel revolution and seeing their poor children asking for bread without being able to give them any.” When she closed her account in 1804 of “only what she had seen with her own eyes” since 1788, she was sure that later generations would know that “their ancestors had suffered during the revolution of that century” and hoped that “God would show the grace to allow you to pass through theirs more easily.” The Concordat of 1801 between Napoleon and the Papacy was her great comfort, and she blessed Napoleon for having brought peace to the Church and, after so many victories, peace to France.

How had the golden expectations of 1789 descended into civil war and terror by 1793 and years of hunger by 1795? Why were attempts to create a parliamentary and constitutional régime superseded by Napoleon’s rule in 1799? After more than 225 years, other fundamental questions posed and probed by the French Revolution remain at the heart of political life everywhere. Is the desire for equality fatal to liberty, or is a measure of social equality the pre-condition for genuine freedom? Are healthy societies best created by interventionist governments acting for what they see as the public good or by freeing people’s entrepreneurial urges? The reverberations of the French Revolution were felt across the globe after 1789 and live with us still.

Peter McPhee, emeritus professor of the University of Melbourne, is an internationally esteemed historian of modern France. He is the author of Liberty or Death: The French Revolution.