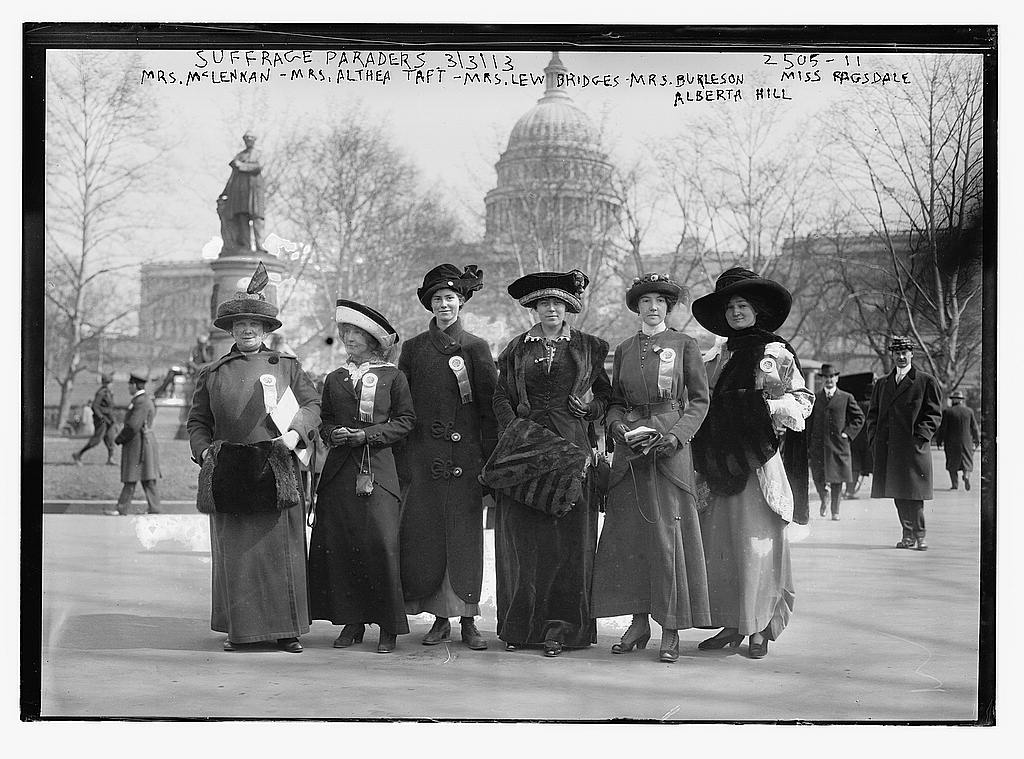 Memes are a staple of contemporary popular culture, but most people would be hard pressed to define what exactly they are.  Simply put, memes are widely recognizable yet variously replicated symbols of ideas.  In the twenty-first century, most people associate the meme with social media, in which a photo or picture is posted, circulated, annotated with a brief quote or slogan, then re-circulated and re-edited into new iterations of the original meme.

Within feminism, one of the most famous recent examples of such an internet meme is “Feminist Ryan Gosling,” a series of adorably sexy images of the “sensitive” male actor emblazoned with woman-friendly invitations such as “Hey girl, keep your laws off my body, but keep your hands on it.” As this example suggests, internet memes can be vehicles for irony and wry discontent with the status quo. They can also be more straightforward means for conveying information, supporting causes, and spreading awareness. “Feminist Ryan Gosling” achieves the latter goals by educating people about basic feminist ideas in a funny and memorable way.  While directed at an imaginary female audience, these feminist memes are not only for women. A recent study has shown that men are more likely to support feminist ideas after viewing the original “Feminist Ryan Gosling” memes.  Danielle Henderson, a graduate student in gender studies, created the memes in order to make the finer points of feminist theory more accessible and understandable to a broader audience.

Richard Dawkins invented the term “meme” to describe the non-teleological, evolutionary cultural process by which social symbols are formed, cross-fertilized, and reproduced in new and diverse iterations of an original (or “genetic”) idea. Richard Rorty argued in turn, “Memes are things like turns of speech, terms of aesthetic or moral praise, political slogans, proverbs, musical phrases, stereotypical icons, and the like.” Upholding the political relevance of Dawkins’s concept for a pragmatic conception of feminism, Rorty explained that “different batches of . . . memes are carried by different human social groups, and so the triumph of one such group amounts to the triumph of those . . . memes.” In this light, feminist memes can be understood as dominant clusters of public symbols that embody the political ideas and influence of the movement for women’s liberation as a group from conditions of patriarchal oppression.

At first glance, memes may look like “irrational” or “nonrational” replications of stereotypes, as Colin McGinn recently argued. On this reading, memes are merely a series of reductive symbols produced by a random network of people.  As such, memes lack substance or the capability to convey any truth: as mere stereotypes, they can only perpetuate stereotypes and untruths, such as racist (or, also on McGinn’s reading, religious) ideas.  McGinn contrasts memes with “themes,” such as well-known refrains from classical music or other products of what he (rather exclusively) defines as human rationality, such as scientific concepts or theories.

Contra McGinn, I contend that the history of feminism suggests precisely the opposite about the relevance of the meme for philosophy and politics. Despite their seemingly superficial engagement of ideas, memes have proven to be powerful means for the public exchange and rational engagement of complex feminist theories. The global popularity of “Feminist Ryan Gosling” alone, even in its less academic and political forms, suggests that memes can play an important role in the education of people about challenging, rapidly changing, and often abstruse ideas about gender, sex, and sexuality. Rosie the Riveter is another example of a meme that has incredible staying power and cross-cultural appeal for feminism despite its genesis in U.S. propaganda during the Second World War.

We can dig deeper in the history of feminism to find other examples of how feminists have made use of the meme for thoughtful political purposes.  Over the course of the late 1780s and 1790s, Mary Wollstonecraft self-reflectively fashioned (and re-fashioned) her public personae. She was at once a woman philosopher who argued for equal rights for the sexes, a melancholic yet heroic survivor of a bad romance, and “everywoman” who had suffered oppression due to sexual discrimination. From her autobiographical novels to her published letters to her political treatises, Wollstonecraft’s various self-images led to countless public re-imaginings of the meaning of her life and writings for the evolution of feminism itself.  Her untimely death in 1797 and her husband William Godwin’s equally untimely Memoirs of her unconventional life produced other (often slanderous) memes of her radical sexual personae. Whether negative, positive, or mixed in reception of her feminist ideas, Wollstonecraft memes have shaped the evolution of feminism in terms of its philosophy and politics since the 1790s. Thinkers from Lucretia Mott to Virginia Woolf utilized and critically transformed a wide range of Wollstonecraft memes in order to foster the authority, public appeal, and internal solidarity of their women’s movements.

Back in the twenty-first century, Hillary Clinton and Malala Yousafsai are iconic counterparts to Wollstonecraft, the mother of modern feminist memes.  Hillary has taken a long journey of public re-fashioning of herself: beginning in the 1970s when the star graduate of Yale Law School chose to support her husband’s aspirations for the presidency rather than immediately pursue political office, and extending into the 2000s when she used her years as a U.S. Senator and U.S. Secretary of State to define her global political identity as the first competitive female candidate for the U.S. Presidency.  While there have been many negative iterations of the Hillary meme—often making the lame suggestion she is actually a man in drag—they have only fueled her visibility as a political actor on the national and international stage.  Critical responses to misogynistic Hillary memes have also trained two generations of feminists in the art of public defense of their favored political candidates.  This is true on the national as well as international level. In 2015, Malala undercut the misogynistic meme of Hillary (or any woman) as unqualified to serve in the highest political offices of the world : “Even in America, even in America, people are waiting for a woman president.”

Malala’s own shifting self-narratives have likewise made her, arguably, the most influential international feminist meme (and meme-maker) today. The youngest winner of the Nobel Peace Prize for her death-defying advocacy of the education of girls against the wishes of the Taliban, Malala now owns the internet when it comes to Hillary’s famous slogan, “Women’s rights are human rights.” Interviewed in 2015 by Emma Watson, U.N. Women Goodwill Ambassador, Malala helped to define feminism—a controversial word in her Islamic culture that she had carefully avoided in her previous speeches and writings—in a way that would appeal to the broadest possible audience.  As she simply and clearly put it: “Feminism is another word for equality.” Such a slogan has already appeared under the image of her and Watson, and circulated in various mimetic forms on the internet—producing yet another testament to the power of memes (and their makers) to thoughtfully and rationally engage, and thereby advance, the ideas of feminism worldwide.

Eileen Hunt Botting is associate professor of political science at the University of Notre Dame. Her previous books include an edition of Mary Wollstonecraft’s A Vindication of the Rights of Woman. Her latest book is Wollstonecraft, Mill, and Women’s Human Rights. 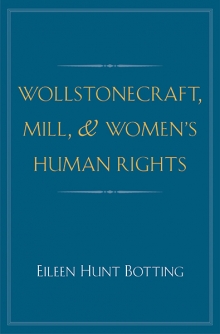