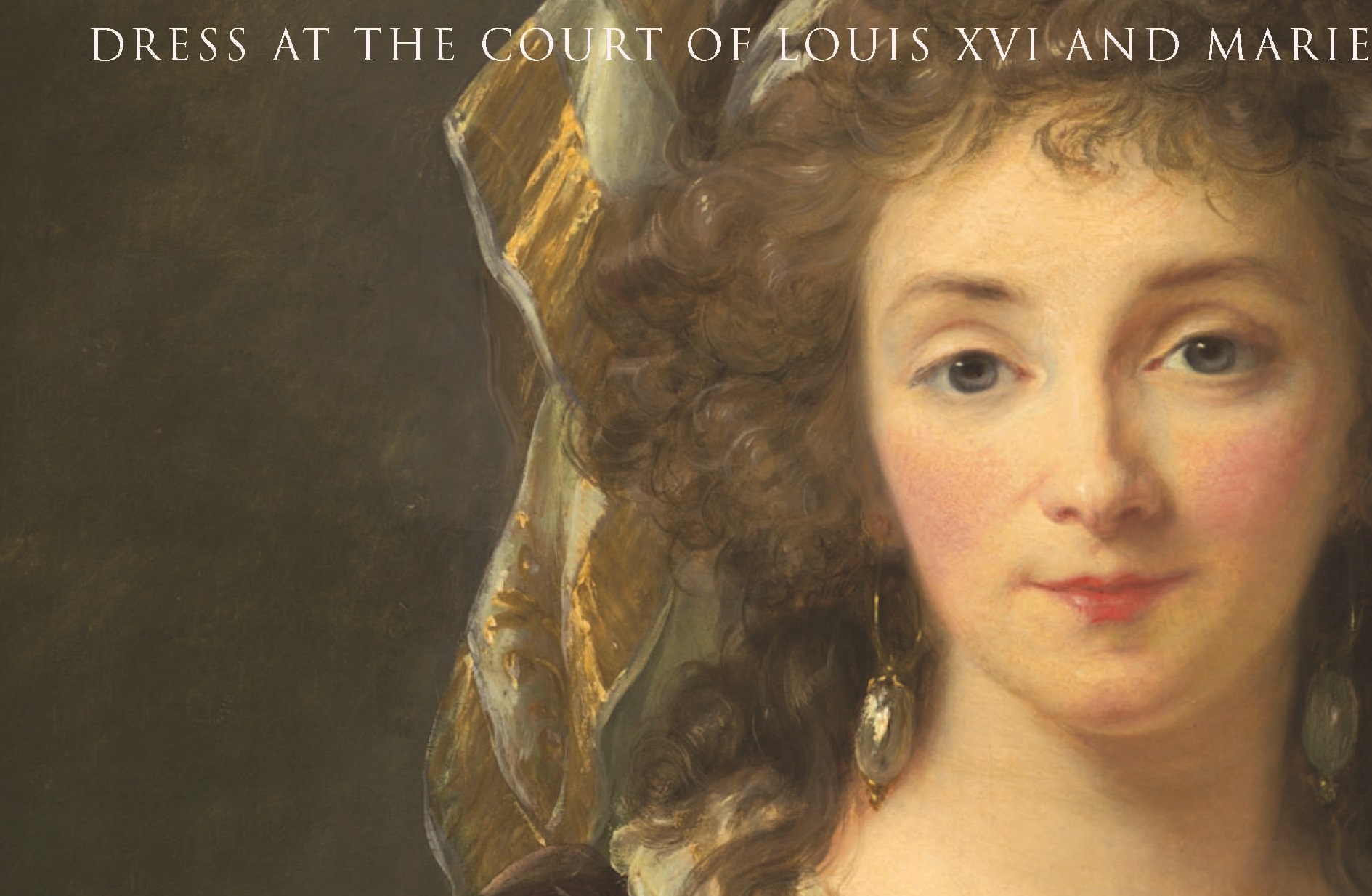 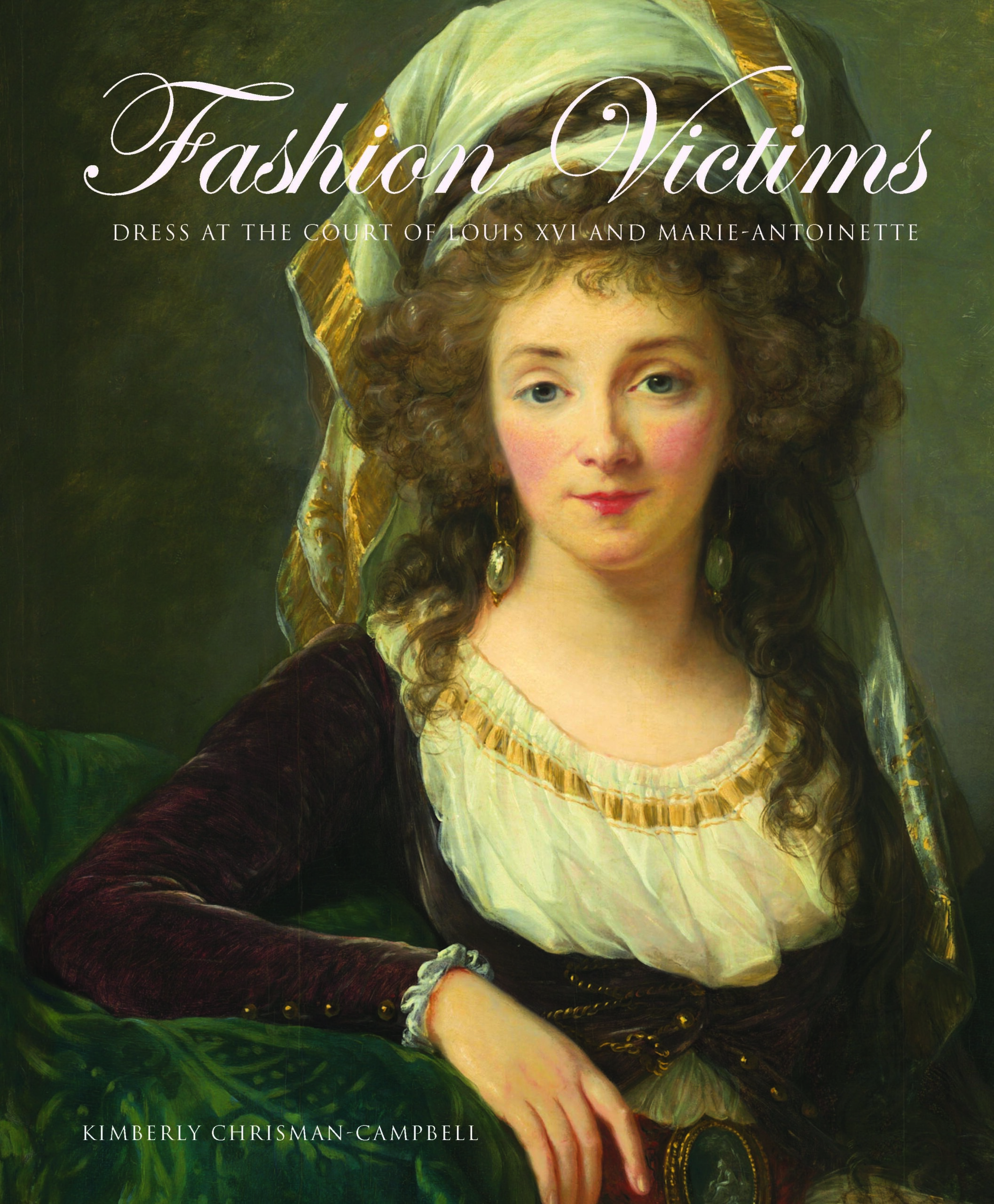 Kimberly Chrisman-Campbell and her splendid new book Fashion Victims: Dress at the Court of Louis XVI and Marie-Antoinette will be honored with the Millia Davenport Publication Award tomorrow, Friday, May 27th at the 42nd annual Costume Society of America Meeting and Symposium in Cleveland, Ohio.  She’s written a guest post for us that captures a moment in time, explored in greater detail in her book, during which French aristocrats spread their fashion through their peregrinations as émigrés after the Revolution.

The French Revolution has long been regarded as a turning point in fashion history, when mobs of sans-culottes and bare-breasted Amazons overthrew the tyranny of corsets, hoop petticoats, high heels, breeches, and powdered wigs. But these developments were largely confined to France, which was at war with its European neighbors for most of the 25 years between the Revolution of 1789 and the restoration of the Bourbon monarchy in 1814. During this period, communication between France and the rest of world was severely restricted. For the first time in centuries, France could not dictate the course of fashion.

With no fashion magazines or fashion dolls coming out of Paris, other countries relied on French émigrés for guidance. In the decade or so following the revolution, it was émigrés, not revolutionaries, who set the fashion, simultaneously ensuring their own livelihoods. “Our national flaw, frivolity, was in that moment transformed into a virtue,” quipped Chateaubriand. With a steady supply of secondhand French clothing and jewelry and a growing industry of émigré fashion workers, Europe experienced its own revolution: a revolution in dress.

The first émigrés to escape the horrors of the French Revolution were the most fashionable members of French high society, and their flight was motivated by social concerns as much as by political ones. “Emigration was in fashion,” declared the comte de la Ferronays, who fled France in 1790. But what began as a fashion soon became a necessity, and voluntary emigration became enforced exile. In many cases, these once-wealthy émigrés had no assets but the clothes on their backs; in contemporary caricatures and genre scenes, they can be identified by their gaunt faces and tattered finery.

Aristocrats were not the only exiles, however. The Revolution forced hundreds of fashion workers out of business, and many of them out of the country. Some left voluntarily; others feared persecution if they remained in France. Indeed, at least eight couturières (seamstresses) and two marchandes de modes (milliners) went to the guillotine. As more and more of their clients fled France, fashion workers were forced to follow them, both to ply their trades and to collect outstanding debts. Clearly, they could not earn enough money to survive when all their best customers had emigrated, died on the scaffold, or adopted shabby Republican dress.

Priests, too, were forced to flee France and support themselves in exile. These men were qualified to write and teach, and some did; the fact that so many others chose to sew and knit suggests a high demand for émigré-made fashions. “The most frivolous arts were those from which we got the richest and most reliable profits,” boasted Abbé Baston. Priests became tailors, shoemakers, and watchmakers. In Fribourg, Abbé Lambert reported, “many priests and lay people were in apprenticeships then. . . . I have worn stockings made on a loom by a priest, slippers also made by a priest.”

These professional and clerical fashion workers were joined by talented amateurs, as aristocrats who had never made or even laundered their own clothes found work in the fashion industry. Elite women played an unprecedented role in the émigré fashion industry. While a few Frenchmen styled themselves as “tailleurs français,” aristocratic ladies dominated the fashion trades, turning genteel female pastimes such as embroidery, knitting and lace-making into life-saving profits. Many had lost their husbands to the guillotine or the émigré army. Without training or capital, these émigrés could set themselves up as marchandes de modes, couturières, and coiffeurs. Émigrés specialized in making elegant accessories that did not require skilled craftsmanship or expensive materials. Artificial flowers, painted fans, embroidered gowns and, especially, straw hats were émigré specialties, and they were recognized as such by foreign consumers.

Émigrés typically worked in groups around large tables set up in communal workshops or “ateliers,” which might double as chapels, dining rooms, bedchambers, or salons. Although many memoirs describe émigré ateliers, there are few references to shops. Most émigrés could not afford to keep shops, instead selling their wares to local merchants or else directly to customers at communal bazaars, door-to-door or by word of mouth.

Émigré-made fashions were considered to be inherently stylish as well as politically correct. As the troubles in France dragged on, however, sympathy for the émigrés faded. In 1793, Austria prohibited the hiring of French masters, governesses, or servants. By 1799, London’s Morning Post and Gazetteer complained: “Ladies of fashion now employ French Emigrants in making their dresses, without considering that they thereby throw their own country women out of employment.” Clearly, the émigrés had outstayed their welcome.

Dr. Kimberly Chrisman-Campbell is an art historian specializing in fashion and textiles. She has worked as a curator, consultant, and educator for museums and universities around the world. She is a frequent contributor to books, scholarly journals, and magazines, as well as an experienced lecturer. Her areas of expertise include European fashion and textiles and French and British painting and decorative arts of the seventeenth, eighteenth, and nineteenth centuries.