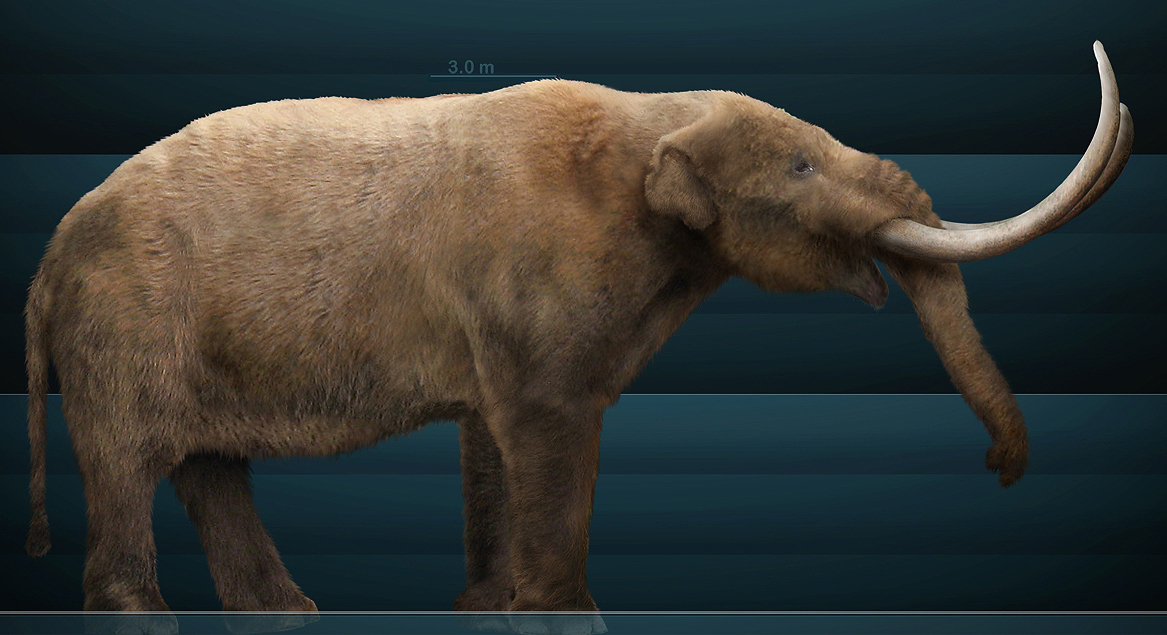 When did the first people come to live in North America? Or, humanly speaking, when did American history begin? These questions deal with really old history, but the answers are changing all the time. Just last month, archaeologists working at the Aucilla River in Florida announced the discovery of artifacts and butchered mastodon bones that may reliably date human settlement on the continent to 14,550 years ago.

During the twentieth century there was a longstanding consensus that sites associated with the Clovis peoples, in what became New Mexico, dated the earliest human settlement in North America at about 13,000 years old. But five years ago, the discovery of a remarkable trove of 19,000 artifacts at the Buttermilk Creek site in central Texas moved the earliest estimates back (for many experts, at least) to about 15,500 years.

Fourteen thousand years ago, scientists suggest that the Aucilla River site would have been a pond at the bottom of a canyon, instead of a sinkhole covered by the river, as it looks today. It would have been a great place for hunting and processing mastodons, and other prey. The Aucilla site has a long history of producing artifacts. When archaeologists recently discovered a stone tool called a biface there, they took samples from the organic materials all around it. Those samples suggested (more reliably, some would say, than other contenders for the earliest settlements) a date of 14,550 years.

The researchers concluded that the Aucilla discoveries show that the evidence for human habitation of the Americas between fourteen and fifteen thousand years ago—at least a thousand years earlier than the Clovis estimates—is “sparse but real.” They also suggested that the most promising archaeological sites related to the earliest American humans are likely underwater, which raises difficult but not insurmountable technical challenges for researchers.

These kinds of discoveries demonstrate why accounts of “early” (not just “colonial”) America must begin way before Columbus “sailed the ocean blue.” They demand that historians engage with the work of archaeologists and anthropologists, because few of the existing records about the centuries prior to European exploration are written ones.

Sometime before Paleo-Indians deposited evidence at the Buttermilk Creek and Aucilla sites, their ancestors began crossing into North America, either by hugging the coast in watercrafts, or going over a land bridge between Siberia and Alaska, or both. The game they hunted looked like creatures out of Jurassic Park—mammoths and mastodons (their distant relatives) the size of elephants, bison with antlers that looked like a Texas longhorn’s, and enormous beavers that grew to seven feet long.

Killing a mastodon or a mammoth would have been a great boon for Paleo-Indians, because these large animals (as illustrated by the tools and bones at Aucilla River) would have provided them food for months. They had a variety of means of preserving the meat, including drying it. Paleo-Indians in colder climates found ways to refrigerate, too, such as using the animals’ intestines like sausage casings, and submerging the meat packages in frigid ponds or lakes.

However early it happened, evidence suggests that the Paleo-Indians spread quickly throughout North and South America. At about the same time, most of the giant beasts they hunted, including the mastodons, went extinct, probably around 10,000 years ago. Why this happened is not entirely clear. The spread of humans through the Americas likely led to over-hunting, and an ancient pattern of global warming might have also played a role in the extinction.

We have so few dates to go on for this story that it may leave the impression that the arrival of humans, and the extinction of the great animals, happened quickly. But five thousand years (or more) is quite a long time in human terms. One imagines that the Aucilla River mastodon hunters lived in an American world as old as any of them could remember, and one that seemed likely to continue long into the future.

Thomas S. Kidd is distinguished professor of history at Baylor University, and the author most recently of American Colonial History: Clashing Cultures and Faiths. 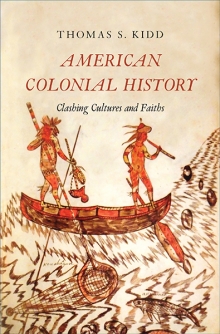