Recently, and quite suddenly, bathroom access for transgender individuals has become the newest civil rights battleground. The Department of Justice (DOJ), The Department of Education (DOE) and the Equal Employment Opportunity Commission (EEOC) have interpreted the sex discrimination prohibitions of Title IX and Title VII as requiring that transgender individuals be permitted to use the bathroom associated with their gender identification. Requirements that transgender individuals use bathrooms associated with their biological sex or use unisex bathrooms are, these agencies have said, a form of sex discrimination in violation of federal law. Eleven States have challenged these agencies in federal court accusing the agencies of interpreting antidiscrimination laws in ways incompatible with both the text of the statutes and with commonsense.

The rhetoric on both sides of this dispute has been absolutist and, frankly, quite righteous. Little space has been left for conceptual analysis or for the identification of ambiguity and uncertainty. Yet, there is much in this debate that is ambiguous and the right answer is far from simple or certain.

Consider first the language of the present debate. At issue is transgendered individuals’ access to single-sex bathrooms. But whom does the transgender label encompass in this context?

Does transgender include only those diagnosed with Gender Identity Disorder who seek to switch their biological sex, those who feel that they are truly of the other gender even in the absence of a formal medical diagnosis or any intention to switch their sex, or more broadly those who are uncomfortable with their binary gender category and who desire more flexibility or fluidity in the way they express and experience their gender? The term transgender in medical and social science literature is generally a broad umbrella term encompassing all those who are uncomfortable with their biologically assigned gender category, but at least in the context of Title VII litigation, federal courts have extended antidiscrimination protection to only the narrower category of transgendered individuals who have been diagnosed with Gender Identity Disorder. It is not at all clear to me whether the current debate is meant to provide bathroom access based on gender identity only to the first category of transgendered individuals or to all those who fall under the broader use of the term.

More importantly, as a conceptual matter it is not at all clear how to think about what nondiscrimination requires in this context and I have seen scant effort by either side to provide an analytical framework in support of their position.

In their most basic form, anti-discrimination mandates require that people who are alike in relevant regards must be treated alike and be evaluated along the same metrics. With regard to sex, the anti-discrimination mandate typically requires that employers subject women and men to the same standards for hiring, promotion and termination and that schools subject female and male students to the same standards for admission and grading.

Yet what anti-discrimination mandates require in contexts where no one is arguing for a single unisex standard and where sex segregation is the norm is far more complicated. Such is the context of the current debate. I have not heard, for example, any serious argument that single-sex bathrooms should be eliminated entirely and that everyone should be permitted to use any bathroom they want.

In sex segregated contexts like bathrooms, the antidiscrimination question really is what is the right bathroom to which people should be assigned? Do students need to be assigned to a bathroom based on their sex or based on their gender? Of course, the answer to this question is easy when the two coincide. When they do not, however, it is not clear from a conceptual standpoint why gender automatically wins out over sex as the basis of assignment.

In the context of bathrooms I think it probably does make most sense to assign individuals based on gender rather than sex because the safety concerns of transgender individuals do seem more weighty than the privacy interests of other bathroom users who would prefer not to share their bathrooms with individuals of a similar gender but different sex. But the choice here reflects social concerns and priorities, not a clear conceptual or legal mandate.

Consider, for example, the same categorization question in the context of college or high school sports, another area of accepted sex segregation. Does it violate the anti-discrimination mandate for a college or high school to assign students to teams based on their sex rather than their gender where the two conflict? Must schools instead permit transgender students to play on the sports teams associated with their gender rather than their biological sex? Given the purpose of sex segregation in the sports context—basically to permit biological females to participate in a meaningful way in competitive sports—assigning transgender individuals to teams based on their biological status rather than their gender identification seems most appropriate.

Neither side of this debate has of yet offered an analytical framework for thinking through in any kind of broader way what nondiscrimination based on sex means in contexts where the sexes and/or the genders are meaningfully different and where sex segregation is an unchallenged norm. Without such a framework, we not only risk a divisive and derisive debate over bathroom access, we also risk entrenching an interpretation of sex discrimination law that deprives us of the kind of flexibility and nuance that would serve us all better in the future.

Kimberly A. Yuracko is Judd and Mary Morris Leighton Professor of Law at Northwestern University School of Law. She is the author of Perfectionism and Contemporary Feminist Values and Gender Nonconformity and the Law . 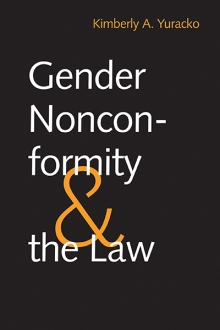