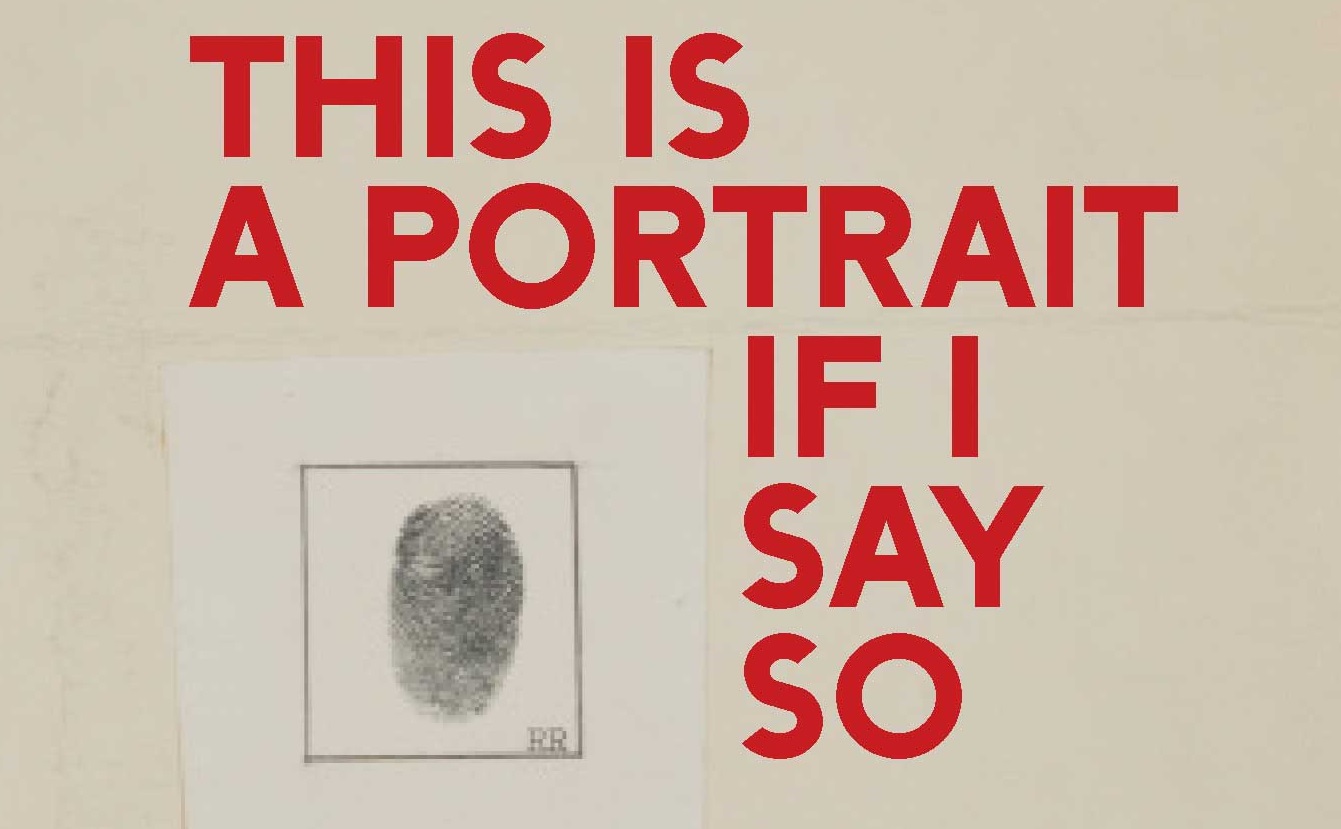 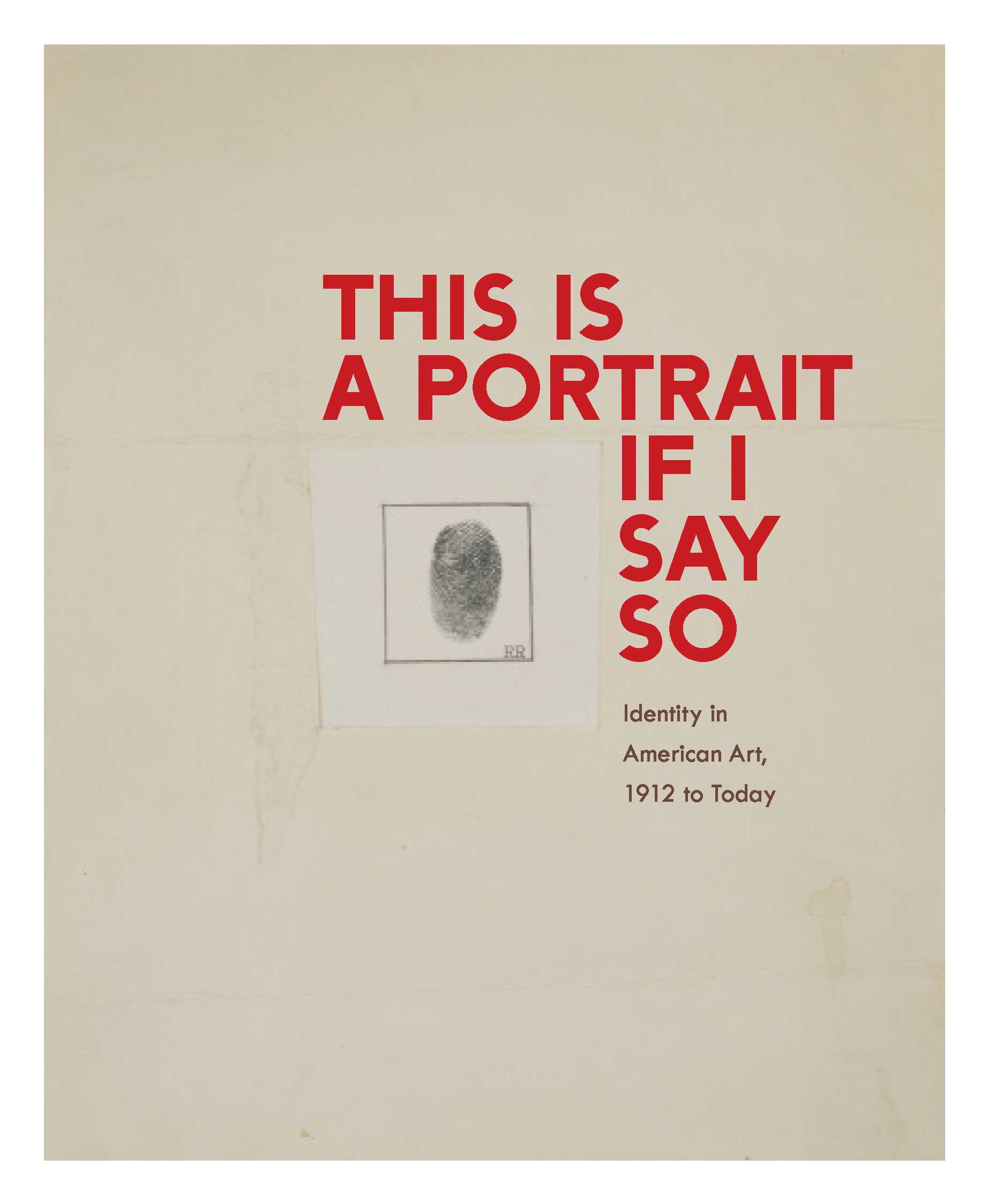 Taking its title from a 1961 work by Robert Rauschenberg—a telegram that stated, “This is a portrait of Iris Clert if I say so”—this groundbreaking book and exhibition, which opens today at the Bowdoin College Museum of Art, trace the history of portraiture as a site of radical artistic experimentation, as it shifted from a genre based on mimesis to one stressing instead conceptual and symbolic associations between artist and subject. Uniting paintings, sculpture, photography, and text portraits that challenge the genre in significant ways, the authors and curators question the convention, as well as the limits, of traditional portrayal.

We’re very happy to share this memorable and moving guest post by Anne Collins Goodyear, co-director of the Bowdoin College Museum of Art.

On June 12, 2016 in the wake of the tragic shooting at the Orlando nightclub Pulse, my attention returned to Ross Bleckner’s Double Portrait (Gay Flag). This work immediately calls to mind earlier painted renditions of the flag, particularly those of Jasper Johns, which powerfully conflated the question of subject and object. – Is this a painting of the flag, or the flag itself? Is it an original composition, or a found object? Does the artist identify with it or offer a tacit critique? Perhaps even more emphatically Bleckner’s painting tests the boundaries of symbolic representation, creating a work that both appropriates the form of the Rainbow Flag developed by artist Gilbert Baker in 1978, and which also suggests the abstraction of color field painting. At the same time, cast into a vertical, rather than horizontal, orientation, the work invites associations with Barnet Newman’s zips, and with the body. Serving as both a veil and an emblem, the work refers directly to the artist’s Jewish faith through its inclusion of the Star of David. Through this intersection of symbols, the work both references the artist directly, but also amplifies a proud association with two aspects of his identity. 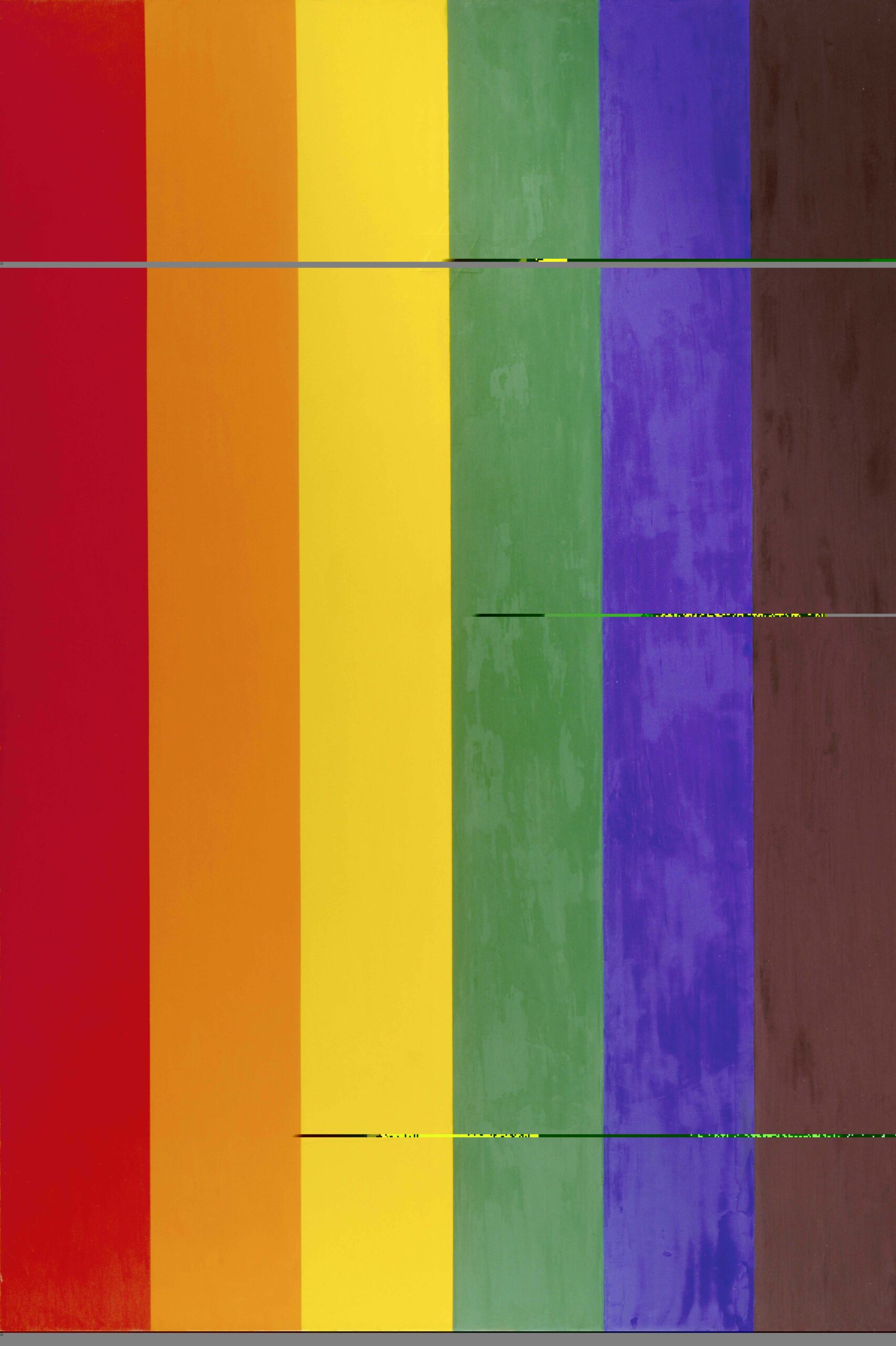 Today, as the ramifications of a recent act of terror directed against LBGT individuals sinks in, the prescience of Bleckner’s painting becomes emphatic. Created in 1993, the work grew, from a historic perspective, out of the AIDS crisis of the 1980s. As the artist explained to Dan Cameron in 2013, “I think the awareness of AIDS, first a slow, creeping awareness, and then that very explosive and devastating awareness politicized me a lot, like many gay men … AIDS, and fear, made me make the images a little more representational, and at the same time more personal and more political. It made me identify more as a gay man. So I guess it was oddly liberating. You identify yourself more as a gay man, or whoever you are, and it helps you to realize who you are as an artist.”

Today, in the context of a new challenge, the work’s associations once again take on new urgency and renewed power. Rather than a historic marker, the powerful contemporary significance of the work reasserts itself. At once a portrait, the work is also a maker of community. In celebrating personal identity, the work suggests solidarity. In emphasizing those aspects of personal identity that give one’s own life specificity, Bleckner creates a work that signifies inclusivity and courage.

This Is a Portrait If I Say So: Identity in American Art 1912 to Today, both as a catalogue, and as an exhibition, aims not simply to recount the histories of the individuals whose likenesses appear in a given installation, nor those of the artists who have created ground-breaking likenesses. It aspires to serve as a call to action both aesthetically and intellectually. Just what does a portrait mean and what can it signify? While the genre has frequently been associated with the expression of political power, it also can also function as a tool to examine the status quo and to reconsider the values with which we wish to align ourselves as individuals and as a society. Within the context of this project, then, portraiture serves not to uphold an existing order, but, instead, to reexamine it. It represents not so much an invitation to stand alone as individuals, but rather to come together in a fashion that honors difference. This is a portrait if I say so.

Anne Collins Goodyear is co-director of the Bowdoin College Museum of Art.