Critics talk a great deal of the contents of books, their style, scope, plot, rhythm, characters, descriptions, and so on, but rarely turn their attention to our reactions to them, and through the books to the authors. Authors are categorized by periods, by ideologies, by the genres they write in, but never by the kind of relationships they establish with readers. Perhaps reader response is too elusive a thing, and of course different readers notoriously react differently. Yet writers do have distinctive ways of seducing and provoking, often seducing through provoking, and these strategies limit or guide the ways we can respond.

Take an extreme case. James Joyce always pushed friends and readers to the limit. Read any biography of Joyce and you’ll find he was a man who invariably made demands on even the most casual acquaintance. An errand, a loan, a little help with some proof reading, this was the price that had to be paid for his charismatic company. As an author too, at every stage of his career, he never fails to introduce material that he knows will be difficult for some readers to take, whether politically, morally, or intellectually. All his major works were published piecemeal. Publishers first and critics later always raised problems or cried scandal over the initial stories or chapters. Instead of toning things down for the rest of the work, Joyce wound the provocation up. The Dead was harder for the Irish to take than the earlier Dubliners stories. The last chapters of A Portrait were more taxing, more “obscene,” more irreverent than the early ones. Ulysses, was infinitely more problematic than either and Finnegans Wake seems a challenge to our very capacity to read, not to mention an unprecedented demand on our time and patience.

For the pleasure and honor of being associated with this extraordinary man, most people put up with Joyce’s demands for a while, gave him loans, ran errands for him and so on. But the more they put up with it, the more Joyce demanded, until, in the usual scenario, it was suddenly all too much and the friend (or even relative) would withdraw. Joyce would cry betrayal. In his books too, the characters ask a great deal of each other. Stephen Dedalus asks for loans right and left, giving his wit in exchange, but is himself asked to run mindless errands by his employer. Molly Bloom bosses husband Leopold while pushing him to the limit with her relationship with Boylan. To read Exiles is to watch four characters all testing each other’s loyalty far beyond anything reasonable. When will the break point come?

For most readers it comes in the early pages of Finnegans Wake. Essentially three responses are possible to the “behavior” this book represents. We declare it arrogant and infuriating (Cesare Pavese), we declare it possibly brilliant but not worth the time (H. G. Wells), or we get on our knees and give a big slice of our lives to it and its author (any number of academics). These positions need not be stable. Joyce is notorious for compelling readers to come back to his work to revise their position. In particular, the young intellectuals who go on their knees may grow out of this submission, as Beckett, for example, grew out of it. But it is hard to hold a neutral position. If you don’t meet Joyce’s demands, you can’t be his friend.

Different writers induce different relationships. “Whoever reads me will be in the thick of the scrimmage,” announced D H Lawrence. And so it is. His intense, coercive description of sexual relations demand us to enter a debate. Conflict is seen positively. Long may life’s struggle go on. This was the nature of Lawrence’s relationship with his wife Frieda. They fought violently, then made up, then fought again. It was his relationship with his critics too, who never failed to attack him, but always kept reading. Lawrence himself would start writing fierce responses to imagined bad reviews even before a book was published. “I’ve just done the last proofs of Lady C” he wrote in 1928. “I hope it’ll make ‘em howl—and let ‘em do their paltry damnedest, after.” Unlike Joyce, Lawrence doesn’t want the reader on his knees in adoration. He wants him punching his way out of his corner. In Women in Love, Gerald and Birkin, (Lawrence’s alter ego) wrestle naked on the hearthrug before the fire. Gerald is stronger, but Birkin has an iron will. Finally, both men are so exhausted, they “pass into unconsciousness,” falling asleep together. It is the experience I suspect Lawrence would like his reader’s to have at the end of his books. An exhausted stand off before the next bout.

Such a reaction would be unthinkable after reading Dickens, who would rather have us join a Dickens club and raise a glass with him, perhaps mimicking the barman or the maid. More intensely, Virginia Woolf will ask us to imagine that she and I interpenetrate each other across the ether and through her words, our identities are sublimated in the grand church of literature. Dostoevsky, or Coetzee, or even Dave Eggers for that matter, will encourage us to think in terms of sinners or saints. They will make all kinds of personal confessions in an attempt to convince us that overall their work is morally good, or at least has to be judged in these terms, as their characters too have to be judged in these terms and as we should be judging ourselves. Thomas Hardy, but also in our times Peter Stamm, or Per Petterson, or Lydia Davis, will invite us to tremble at how terrifying life is, terrifying because precious, how courageous one has to be to write a book, and indeed to read one when it comes to a work like Jude the Obscure. Again, your reaction will depend on where you stand in relation to these matters.

In short, it seems to me that an anthropology of authorial behavior and reader reaction is long overdue.

Tim Parks is the author of fifteen novels, including Europa, which was shortlisted for the Booker Prize, four acclaimed memoirs, and numerous works of nonfiction. 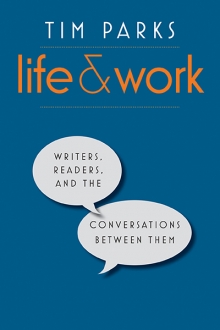