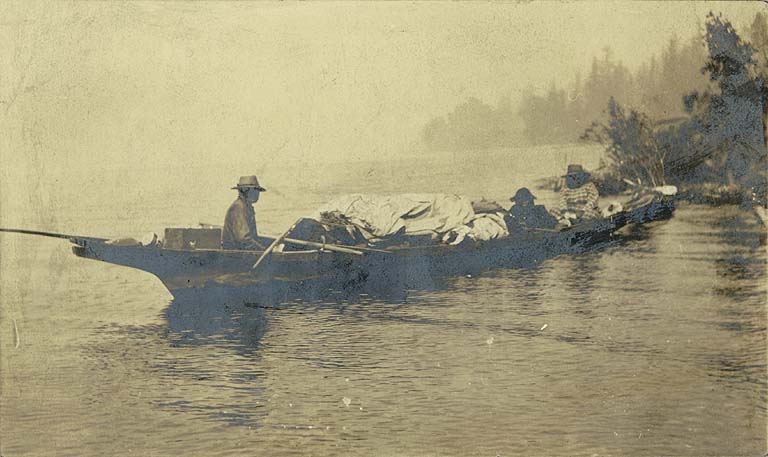 Chudups John and others in a canoe on Lake Union, Seattle, c. 1885 via Wikimedia Commons

For many Americans, summer is a season marked by patriotic holidays and family gatherings. Memorial Day kicks off our appreciation for military service and three-day weekends, Fourth of July announces independence through pyrotechnics, and Labor Day offers the last, official, summer day of rest whether we choose to reflect on its radical history or not. These federal holidays are often paired with family reunions where distant cousins and great-grandchildren narrate their relationships to one another in histories of arrival, diaspora, and happenstance as they pass photographs and plates of food. How many families are considering the legacies of American settler-colonialism as they raise flags and pose for cheek-to-cheek selfies?

The Duwamish in Seattle are celebrating personal and political anniversaries at the tribal longhouse this summer as well, reaffirming their ties to Chief Sealth, the city’s namesake and tribe’s most popular patriarch, and remembering their family’s contributions to the city, state, and nation. When Americans claimed lands on Alki Point in modern-day Seattle in November 1855, Sealth and other Duwamish hosted the first arrivals even as they settled on tribal lands not yet ceded through treaty. Despite remarkable efforts to push them off of their lands, Duwamish descendants of Chief Sealth have been visiting cousins and marking holidays throughout Puget Sound every summer since 1855. No doubt they catch up on the fates of extended kin and old neighbors, some white and some Indian, throughout the region; perhaps they disagree over tribal council meetings and national headlines; likely they share frustration over the transformation of their homelands at the outlet of the Black River into an international port unrecognizable as a site fit for habitation. Whatever their personal contours, the family and national histories recounted at Duwamish gatherings lack federal recognition, a distinction with devastating consequences for the roughly 600 tribal members who claim descent from Chief Sealth’s family.

Like family histories and federal holidays, the tribal recognition process can be difficult to explain. Tribal groups apply for federal recognition because it grants members access to resources guaranteed through treaties, such as funds for community development and health care provision, and because it protects tribal sovereignty in relations with other tribal, state, municipal, and federal agencies. To achieve federal recognition, petitioners must convince a panel of Bureau of Indian Affairs historians, genealogists, and anthropologists that their members have maintained a “distinct Indian identity” with a recognizable political structure “from historical times to the present.” The Duwamish are among many tribes not granted federal recognition, but their case is particularly ironic because their historical contributions during American settlement in the Pacific Northwest are so well-documented and widely known.

In many ways, the federal recognition process reveals the powerful intersections of family history, settler-colonialism, and federal authority. To achieve recognition, the Duwamish must tell a family history that corresponds to a federal view of Indian identity through a review process that fails to recognize the deleterious effects of settler-colonialism on Indian identity in Seattle and the North American West more generally. In fact, Tribal Chairwoman Cecile Hansen successfully told that story already when she and tribal attorneys secured Department of Interior approval for the Duwamish recognition campaign in 2001, but officials reversed the decision in the transition from the Clinton to Bush administrations. Tribal members and their attorneys have worked to accumulate evidence of personal and political Duwamish identity since their first petition for recognition in the 1970s, and filed an appeal of the 2001 Bush administration’s denial that was finally determined on July 2, 2015. While other Americans bought fireworks and flags, gossiped about in-laws, and prepared for barbecues, Cecile Hansen reviewed the Department of Interior’s 103-page report. The 2015 rejection of Duwamish federal recognition claimed that tribal members failed to show maintenance of an Indian identity and political structure distinct from other tribes between 1880 and 1934 particularly. These years constitute the peak of tribal dispossession throughout the North American West, and they also mark most of Rebecca Lena Graham’s eighty-six year lifespan. If BIA officials found no evidence of Duwamish tribal members retaining distinct personal and political identities it can only be because they do not know her history.

Rebecca Lena Graham was the daughter of Puget Sound newcomer Frank Matthias and Peggy Curley, daughter of Duwamish leader Curley—a contemporary of Sealth. Born in 1859, Rebecca spent her earliest years with her father and mother, but grew up with her step-father Christian Scheuerman after her mother remarried. Both Matthias and Scheuerman amassed substantial wealth, no doubt benefiting from their close ties through Peggy to Duwamish elite in Seattle’s territorial period. Rebecca was likely well-known in Duwamish and American circles already, but she became notorious when local newspapers reported on her 1893 lawsuit for her father’s considerable estate. Judge Cornelius Holgate Hanford, a man who credited Rebecca’s grandfather Curley with saving his life in childhood, heard lengthy testimony from Seattle’s American and Duwamish elites. Witnesses told Rebecca’s family history and Judge Hanford went against the late-nineteenth-century trend to disregard inter-racial unions when he agreed that she should inherit her father’s estate.

After her legal victory, Rebecca remained an active member of Seattle’s Duwamish community. With her children nearing adulthood, she supported the 1915 move by the formally organized Duwamish Tribe of Indians to join the Northwest Federation of American Indians, a coalition organizing to assert treaty-protected rights. Graham served as an informant in anthropologist Thomas Talbot Waterman’s study of Duwamish and other Puget Sound Indians in the late 1910s, and made sure she and her children were counted as Duwamish Indians in Charles Roblin’s 1919 Census of Unenrolled Western Washington Indians. Such personal and political acts are ephemeral in the archives that Bureau of Indian Affairs officials rely on to count and discount Indian identity, but they are the very clear marks of Rebecca’s consistent assertion of membership in the Duwamish tribe. Throughout the last third of her life, marked by marital strife in the aftermath of World War I and financial strains in the Great Depression, Rebecca left little archival evidence of her political claims to Indianness. She maintained close ties, however, with cousins who served on the Duwamish tribal council and they must have joked about tribal politics when they met to complain about old age together. No doubt they discussed the Indian Reorganization Act over summer picnics, bounced grandbabies as they compared old recipes, and washed dishes while reminiscing about the holidays their Duwamish mothers and American fathers celebrated together.

Rebecca Lena Graham is typical of the Duwamish generation who lived between 1880 and 1934: visible to anyone in Seattle who read the newspaper, knew their neighbors, or celebrated family reunions and federal holidays every summer, but apparently invisible to the Bureau of Indian Affairs. She appeared in print as Curley’s granddaughter and Frank Matthias’s daughter, and appeared in person as the legacy of Duwamish hospitality and persistence. Her children and grandchildren retold their family history in kitchens and council meetings, and Cecile Hansen continues to recite the Duwamish story in courtrooms and press conferences.

The Department of Interior has failed so far to acknowledge Rebecca and Sealth’s descendants, but Cecile and the tribe are in the midst of preparing one last appeal. Just as Judge Hanford recognized the importance of honoring Duwamish and American alliances in his 1893 ruling on Rebecca’s behalf, federal officials still have an opportunity to recognize the Duwamish as an historic and contemporary tribe. Such a measure would go far in decolonizing our family histories and democratizing our federal holidays, ensuring that summer celebrations at the Duwamish longhouse are sovereign as well as sweet.

Katrina Jagodinsky is assistant professor of history at the University of Nebraska and a former fellow of the Clements Center for Southwest Studies at SMU. She is the author of Legal Codes and Talking Trees: Indigenous Women’s Sovereignty in the Sonoran and Puget Sound Borderlands, 1854-1946 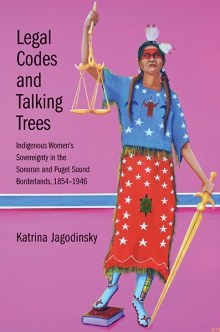