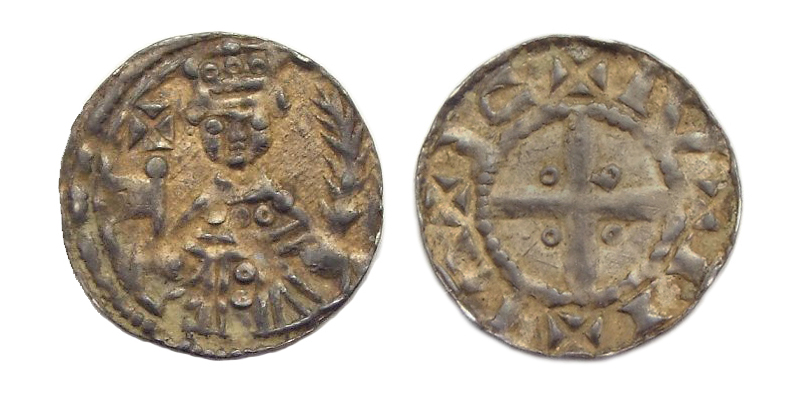 Emperor Frederick I Barbarossa (1152-1190), denar struck in Nijmegen by Numisantica via Wikimedia Commons

On 22 June 1941, Germany launched Operation Barbarossa. Hitler’s personal decision to name the Nazi attack on the Soviet Union after Frederick Barbarossa (b. 1122, r. 1152-90) was the culmination of the nineteenth-century appropriation of the medieval emperor as the symbol of German national unity. Frederick’s uncle and biographer, Bishop Otto of Freising, had provided the impetus for doing so by portraying his nephew as the creator of a new age of peace after nearly a century of chaos.  It was easy to depict, in turn, the founding of the Second Empire and the Third Reich, in 1871 and 1933, respectively, as similar milestones in German history.

Otto’s portrayal, written only six years after Frederick’s accession, was incredibly premature. The learned bishop concealed that his nephew had secured the crown in a coup d’état. Frederick had amply rewarded his supporters, most notably his maternal relatives, the Welfs; but that had left him with few resources of his own in Germany. His system of governance during the first fifteen years of his reign can best be described as “consensual lordship”: the princes, most of whom were his kinsmen, assembled three or four times a year to resolve their conflicts. Frederick, without much of a territorial or dynastic stake, could be a relatively impartial arbiter.

Following the precedents that had been set by Charlemagne and Otto the Great, Frederick left for Italy in 1155 to be crowned by the pope as emperor (18 June 1156). The emperors had been largely absentee rulers since 1024, and the wealthy Italian communes had become de facto independent city-states. Frederick asserted that all rights of governance, the so-called regalian rights, for example, the right to hold courts or to mint coins, were derived from the crown and reverted to him if the holders could not present, as few could, written legal proof for their titles. The communes, led by Milan, resisted; and Frederick was soon entangled in a series of campaigns that pitted the communes against each other and that was conducted with the utmost brutality by both sides. After two sieges, Frederick destroyed Milan and brought Lombardy under his direct, oppressive control. He had secured for himself the territorial base he lacked in Germany.

The papacy encouraged the communes’ resistance because Frederick’s policy of recuperating alienated regalian rights applied also to the Papal States and Rome itself. If the pope obtained his secular authority from the emperor, then he was the monarch’s subordinate. In addition, Frederick claimed that he exercised his imperial authority from his election as king in Germany, whereas the pope contended that Frederick did so only after his imperial coronation. Finally, Frederick’s control of Lombardy threatened the pope’s position as the independent head of the universal Church. The tension came to a head on September 7, 1159, in a disputed papal election in St. Peter’s. The candidate of the majority of the cardinals, Pope Alexander III (r. 1159-81), was unacceptable to Frederick because as Cardinal Roland he had publicly insulted Frederick in 1157 at a court held at Besançon in Burgundy. The preservation of his and the Empire’s honor was central to Frederick’s identity. The result was an eighteen-year schism in which Frederick recognized four anti-popes but obtained little support in the rest of Europe.

To end the schism, Frederick undertook his fourth Italian campaign in 1166. The day after his anti-pope crowned Frederick and his second wife, Beatrice of Burgundy, 1 August 1167, as emperor and empress in St. Peter’s, which he had captured in bloody fighting, dysentery broke out in the imperial army. Many of the princes died during the following days. Even the pro-imperial communes rebelled, and the couple escaped from Italy with the utmost difficulty. These events were widely perceived as the judgment of God. Nevertheless, Frederick returned to Italy in 1174 with an army composed largely of mercenaries to revenge the latest Lombard insult to his honor. This undertaking ended with his defeat on 29 May 1176 at Legnano, near Milan. The German archbishops, weary of the endless conflict with the papacy, forced Frederick to make peace with Alexander III at Venice in July 1177. Frederick prostrated himself as a repentant sinner at Alexander’s feet in front of St. Mark’s in the presence of thousands of onlookers who were attending the first international peace conference.

The death of so many princes and nobles in 1167 provided Frederick with the opportunity, however, to establish for the first time since his election as king a territory in Germany under his personal control and to provide for his growing number of sons—his first known child was born in 1164 when Frederick was already forty-one. The acquisition of his own German domains enabled him to make peace finally with the Lombards in 1183; he recognized the communes, in effect, as autonomous corporate vassals. He had ceased, however, to be the impartial arbiter of the princes’ quarrels in Germany; and he became, instead, a competitor in their struggles for power. They ceased to attend his courts, and he concentrated his attention on his own domains in southern Germany. Even his supposed greatest victory, the downfall in 1180 of the most powerful prince, his Welf cousin, Henry the Lion, the duke of Saxony and Bavaria, was a defeat. The princes forced Frederick’s hand, and the crown did not profit from Henry’s loss of his two duchies. Far from unifying Germany, Frederick’s rule by the 1180s foreshadowed the weak late-medieval German monarchy, in which the emperor’s effective power was limited to his hereditary dynastic domains.

Frederick redeemed his reputation by dying on 10 June 1190 on the Third Crusade as a martyr for the faith, but not in a battle but while bathing or swimming in a stream.  Nevertheless, since his remains were not returned to Germany, he could become the focal point of the myth that he would awaken when Germany was once again united.

John Freed is a distinguished professor of history emeritus, Illinois State University, and the author of four previous books including Frederick Barbarossa: The Prince and the Myth. 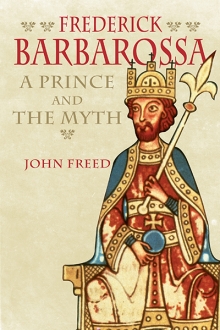