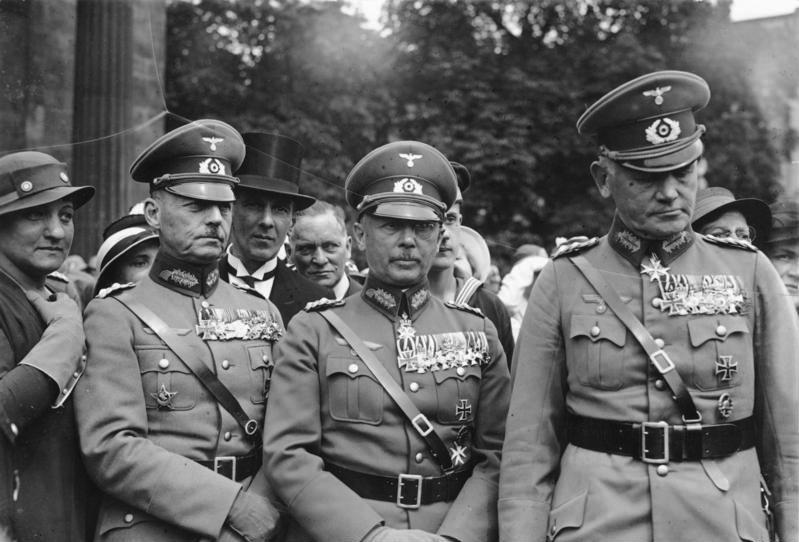 For decades after the Second World War, the German army of the Third Reich retained an image as an oasis of decency amid the depravities of the Nazi regime. Yet the reality, which studies of recent decades have conclusively demonstrated, was that the army was deeply implicated, almost from the off, in the Nazi regime’s crimes. These crimes included planning aggressive war; rapacious exploitation of occupied territory; the mass death, through select killing but mainly systematic neglect, of Soviet prisoners of war; and counter-insurgency actions that relied far more upon terror than upon conciliation, and that victimized Jews and other racial and political “enemies” of the Reich—an undertaking that in turn comprised a large part of the army’s complicity in the emergence of the Final Solution. None of this is to damn the army in its entirety; different commanders and units acted with different degrees of ruthlessness and restraint depending on circumstance and inclination. Yet the dark nature of the overall picture is undeniable, and grows darker still the higher up the command chain one looks.

The German army’s senior command levels conspired in this vast program of criminality in large part because they believed the war’s harsh military and economic exigencies demanded it. In other words, pressure of circumstances did much to fuel the army’s ruthlessness. Yet that same ruthlessness was also shaped by brutalizing, pernicious, decades-old and ideological sentiments that made senior commanders more susceptible to Nazism’s racial, political and militaristic tenets.

The generals and field marshals who occupied the army’s senior command levels under the Third Reich had been the young officers of the Prussian-dominated army of imperial Germany during the years preceding the First World War. Their social background comprised the old Prussian rural aristocracy, and select middle-class circles similarly imbued with national conservative, anti-democratic, anti-socialist values. Anti-Semitism and anti-Slavism were also widespread within these circles. The training officers received focused excessively upon narrow, technical military matters. It had little if anything to say about politics, diplomacy, or the army’s connection with wider society. There were variations; the pre-1914 officer corps of more liberally inclined German states such as Baden, for example, was relatively accepting of Jews among its number. But the narrow-mindedness of the officer corps as a whole muffled young officers’ critical faculties at a formative time in their lives. This in itself would not suffice, decades later, to render senior commanders automatically susceptible to National Socialism, but it did help ensure that vastly more of them eventually succumbed to National Socialism’s appeal than recognized its dangers.

Officers were hardened, or indeed brutalized, by their experience of the First World War. When the army’s attempt to win the war quickly in 1914 failed, the measures the German military employed in order to break the deadlock grew ever more ruthless. On the front line, they included poison gas and devastating scorched earth measures; in the occupied rear, ruthless suppression of civilian resistance real or imagined, and rapacious exploitation to feed the ever greater needs of the German war economy. The army’s conception of military necessity, already harsh, grew markedly harsher as the war unfolded. Young officers not only imbibed these institutional attitudes; those who fought on the front line were directly hardened by the conditions in which they fought. Those serving on the Western front underwent the brutalizing experience of the new, mass-scale industrialized warfare. Towards the war’s conclusion in 1918, moreover, they found themselves on the receiving end of the Allies’ increasingly overwhelming technological and material superiority. For many officers, these experiences together inculcated the further hard lesson that achieving future victories would require both harsh ruthlessness and technical effectiveness.

The fighting that officers experienced on the Eastern front was more mobile and old-fashioned than in the west, and less devastating in the loss of life it inflicted. It nevertheless brought them into direct contact with eastern Slavs. Many officers had long felt anti-Slavic prejudice, and their direct encounters with this people and what they perceived as its cultural backwardness seemed in their minds to vindicate such prejudice. Then, in the immediate aftermath of the October 1917 revolution in Russia, German forces in the east came into armed confrontation with Bolshevism. This experience not only bred intense antipathy towards Bolshevism; the fact that some leading Bolsheviks were Jewish also hardened officers’ anti-Semitism. Officers subscribed to the ‘Jew equals Bolshevik’ equation even more vociferously during the war’s chaotic aftermath, as they fought the forces of the far left in bloody street-fighting in the cities of a defeated Germany. This experience in turn also persuaded officers that a further essential precondition of winning future wars was a unified home front inculcated with a militaristic mind-set and kept in line by state suppression.

This confrontation with the “enemy within” dovetailed with the birth of the “stab in the back” myth. This was founded on the entirely fallacious belief that Germany had been defeated not by its opponents in the field, but by the supposed treachery and defeatism of “subversive” forces at home—Jews, Bolsheviks, and weak-willed civilian politicians. For the same reason, military circles readily subscribed to the equally fallacious belief that the democratic government that replaced the defunct imperial regime in 1918 compounded its wartime treachery when it signed the 1919 Treaty of Versailles with the victorious Allies. One of the treaty’s humiliating terms was the reduction of Germany’s mass army to a rump of 100,000 men, forbidden the use of tanks or aircraft.

None of this made it inevitable that the officers of the now truncated army, many of whom ascended to senior rank during the years that followed, would eventually welcome the Nazis’ ascent to power. The years between 1919 and 1933 would see further essential groundwork laid before that could happen. Even then, it would be some time before the senior officer corps abased itself fully before Hitler and signed up to his singularly ruthless, ideologically suffused conception of warfare. Nevertheless, the formative experience that officers had undergone by the time of Versailles, colored by their social and professional myopia, was a vital first phase in the process that eventually rendered them susceptible to the Nazis’ multi-faceted offer—appeals to racism, anti-Bolshevism, and a harsh sense of military necessity; and the prospects of a vastly expanded and technically advanced army and of a home front conditioned by mass ideology and state terror to stay the course in a future conflict.

Ben H. Shepherd is reader in history, Glasgow Caledonian University. He is the author of War in the Wild East: The German Army and Soviet Partisans, a selection of the American History Book Club and Hitler’s Soldiers: The German Army in the Third Reich. 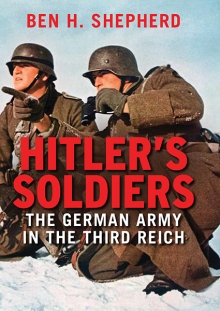