1. Presidential succession is governed by the Twentieth and Twenty-Fifth Amendments of the Constitution and by the Presidential Succession Act. Neither the amendments nor the act covers the possibility that the general election winner might die or become incapacitated before the Electoral College votes or that the apparent Electoral College winner might die or become incapacitated before electoral votes are officially counted by Congress. Either eventuality could throw the presidential succession into doubt.

2. Prior to the Supreme Court’s 1803 decision in Marbury v. Madison, American presidents held a “departmentalist” view of constitutional interpretation. This meant that each branch of government was assumed to have the capacity to interpret the Constitution as it pertained to its own affairs. Leading departmentalists included Jefferson and Madison. Even after Marbury v. Madison asserted the principle of judicial supremacy when it came to interpreting the Constitution, presidents like Jackson, Lincoln, and, most recently, George W. Bush, asserted departmentalist principles.

3. Edith Wilson, second wife of President Woodrow Wilson (elected in 1912) left diaries and memoirs filled with derogatory comments about African Americans, Jews, and other minorities. Mrs. Wilson was, however, proud that some of her own ancestors were Native Americans.

4. In the early years of the Republic, Congress demonstrated its disdain for the president by refusing to appropriate funds for even one secretary or assistant to help the chief executive carry out day-to-day tasks. Presidents typically greeted visitors personally and wrote their own letters in longhand.

5. Prior to the administration of Andrew Jackson, it was generally assumed that presidents could use their veto power only to protect the integrity of the executive branch. Jackson, however, used the veto power to strike down bills he did not like. This initially caused a political crisis but eventually set a precedent for the future.

6. Elected in 1844, James K. Polk was America’s first “dark horse” presidential candidate. Chosen by party leaders after multiple inconclusive ballots at the Democratic National Convention, Polk was seen as inoffensive and nonthreatening by party leaders in Congress. Polk turned out to be aggressive and ambitious, and party leaders soon regretted their choice.

7. President Warren Harding is not often remembered as one of America’s most important or innovative chief executives. But he did sign into law the Budget and Accounting Act of 1921, which established the principle of central budgetary clearance, now a cornerstone of presidential power.

10. The 1974 Supreme Court decision in US v. Nixon, ordering President Nixon to give Congress the secret Watergate tapes, is often seen as a defeat for presidential power. The long-term impact of the case lies elsewhere, however: for the first time the court recognized the principle of executive privilege, which recent presidents have cited as a reason not to give information to the legislative branch.

11. Every presidential candidate has criticized presidential use of such “power tools” as executive orders, regulatory review, and executive agreements designed to free the White House from congressional scrutiny. Every new president, however, has used the same tools. As a candidate, for example, Barack Obama criticized George W. Bush’s frequent use of executive orders. President Obama now issues “presidential memoranda,” which are orders by a different name. 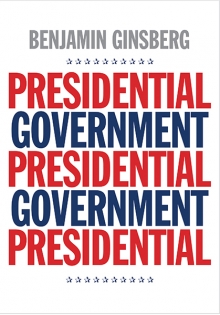