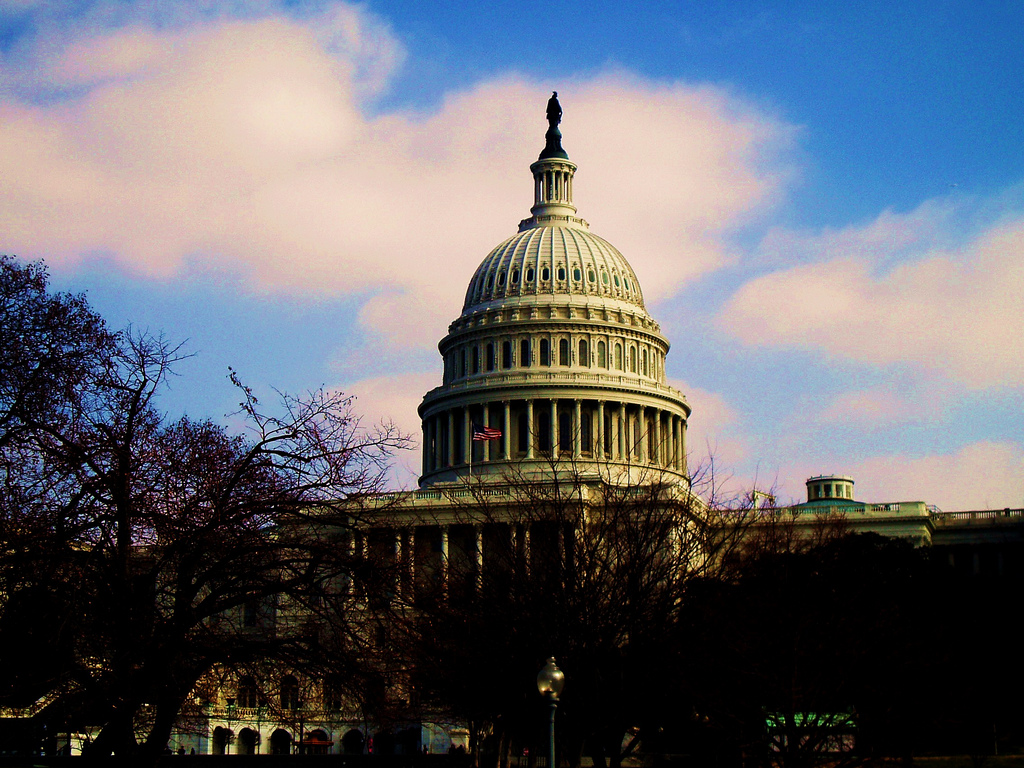 Image above is a photograph by J. Ohrling, used with permission.

The rap on Hillary Clinton’s leadership is that she fails to convey any high purpose. When she tries to rally the nation to her cause, she falls back on what has long been the common sense of American government: pragmatic problem solving, social and economic amelioration, nimble adaptations that capitalize on recent gains and promise to move the ball forward. If there is any traction in her defense of these familiar mores, it lies in the implicit acknowledgment that they can no longer be taken for granted. “I believe in science” is an odd slogan for a presidential candidate, especially for one who desperately needs to mobilize voters. But no one should mistake it for a failure of vision or a lack of resolve. What it reflects is the fight now raging over fundamentals.

Clinton calls herself a “progressive” and indeed, the governing formulas she is defending can be traced back a hundred years to a cadre of progressive reformers who sought relief from the partisanship, polarization, and dysfunction of an earlier day. Progressives chafed at constitutional constraints on government problem solving, and they looked to the guidance of science and expertise. They transformed the government in successive waves of reform, each iteration elaborating their new approach and embedding it more deeply into the assumptions and routine operations of the modern American state. The political conflict of our day is correspondingly profound. It is only superficially about this policy or that; at bottom, it about a way of governing or a mode of governance, about whether or not we should stick with it.

The reflexive response to the assault on progressivism is to raise the barricades, protect the state, and dismiss the attackers as misguided. But progressivism will not survive on defense. It is nothing if not a rejection of orthodoxy, and that means that its future depends on its ability to reckon with and respond to the developments that are currently challenging its own core assumptions. The Progressive’s Century: Political Reform, Constitutional Government, and the Modern American State is an assessment offered in this spirit. Editors Stephen Skowronek, Stephen Engel and Bruce Ackerman turn back to the basic tenets of the reform impulse, examining its critique of the Constitution and of political parties, its formulas for reconstructing the state, and the issues it left unresolved. They have assembled more than twenty leading scholars to speak to the problems that have been gestating within progressive reform impulse as it has developed between 1912 and 2012. Their volume is neither a polemic in defense of progressivism nor a broadside against it. It is a candid assessment of the current template of American government and of the stresses and strains that have begun to pull it apart.

The Trump campaign has thrown these issues into particularly stark relief. Trump won the Republican nomination for the presidency in a campaign that trounced the party’s traditional conservatives. The argument that conservatives had been building against progressivism to this point stressed its assault on the Constitution, on rights, and on an original American commitment to limited government. It provided a kind of mirror image of progressive ideas, countering the emergent form of the modern American state by positing a set of principles that were diametrically opposite. But Trump has abandoned the themes of the conservative movement in favor of a populist rejection of all established forms and settlements. His critique is as impatient with the original constraints of the Constitution as it is with the latter-day standards of science and expertise. Pushing beyond anything contemplated by progressivism or its conservative critics, he leaves little room for any defense of limits. Combining progressive permissiveness with the conservatives’ long-running broadside against the modern American state, Trump has managed to align Glenn Beck with Michael Moore in common cause against him.

Progressive principles built the modern American state and the debates surrounding them have structured much of twentieth-century politics. This twenty-first century election has put that paradigm to the test and thrown open the discussion of what is to be done. The Progressives’ Century is a place to start, a sober reconsideration of how we got to this point.

Stephen Skowronek is Pelatiah Perit Professor of Political and Social Science at Yale and lives in Woodbridge, CT. 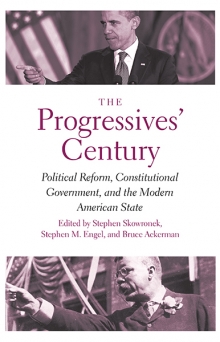