Diane Arbus (1923–1971) is one of the most distinctive and provocative artists of the 20th century. Her photographs of children and eccentrics, couples and circus performers, female impersonators and nudists, are among the most recognizable images of our time. diane arbus: in the beginning is the definitive study of the artist’s first seven years of work, from 1956 to 1962.

I spoke with Jeff L. Rosenheim and Karan Rinaldo, the authors of the catalogue and the curators of the exhibition, about Arbus’s work and what went into creating this remarkable publication.

Rachel High: The book begins with a quote by Arbus from 1957: “I am full of a sense of promise, like I often have, the feeling of always being at the beginning.” It ends with another quote from near the end of her life: “The thing that’s important is to know that you never know. You’re always sort of feeling your way.” Both convey a sense of constant reinvention. How do you think the idea of beginnings fits into the larger context of Arbus’s career?

Jeff Rosenheim: She was 33 in 1956, and that’s not young for an artist to begin to work. She had been active in fashion photography for several years before then, but she felt like she was making a beginning. Arbus emerged at a time when there were not many outlets for photographers aside from magazines that featured editorial, fashion, and photojournalistic work. Photography changed significantly during her lifetime and a renewed interest in independent art photography slowly developed. The book concludes at the beginning of the next phase of her career, when she was increasingly recognized for her work, so these quotes bookend that progression. There’s also a set of pictures in the beginning and end that serve as a visual prologue and epilogue.

Karan Rinaldo: The book includes photographs made through 1962, which was the year she transitioned from a 35mm camera to a 2 1/4-inch square-format Rolleiflex camera.

Jeff Rosenheim: Two-thirds of the pictures in the book have never been published. We’re introducing more than 80 new photographs, which represent approximately another fifth of her oeuvre. The publication includes variant images of works we already know as well as completely new works. Some of the images represent subjects that we didn’t know she explored until now—making the book revelatory, even distinct from the exhibition.

Rachel High: This book unearths a lot of material from The Met’s Diane Arbus Archive; it is rare to have access to such a direct view into the artist’s process and intention for their work. You have conducted eight years of research on the Arbus Archive and this book reproduces some of that material for the first time. How did you decide what to include?

Karan Rinaldo: Photographers’ archives, like other artists’ archives, have letters, notebooks, and appointment books, but what makes a photographer’s archive special are the negatives and contact sheets, which allow us to see the genesis and progression of the work.

My essay details some of the changes made to titles, locations, and dates based on notations found on the artist’s annotated negative sleeves, in her appointment books and notebooks, and even among her business records. These materials, particularly the appointment books, which often include the names of subjects or events Arbus attended, enabled us to amend information about some of the photographs. We specifically included revisions that offered new insight into her working process. Of course, this research is ongoing and extends beyond the photographs in this publication.

Jeff Rosenheim: For the book, we wanted to show examples of all of the types of changes that reflect what we now know from having direct access to the archive. Karan’s essay is specific to the works in the book, but the cataloguing process goes from the beginning to the end of her career, not just from 1956 to 1962. We work with the information we have, we search for what we don’t know, and we correct what we can. Every change could be represented by one or more different objects, and the goal was to present the most visually and conceptually revelatory aspects.

Rachel High: In the book’s titular essay, you write about Arbus’s desire to see “the divineness in ordinary things.” This is also reflected in Arbus’s notes and papers. What are a few images that show her interest in elevating the ordinary?

Jeff Rosenheim: It’s in perhaps all of the pictures but to different degrees. One of the things I believe many will respond to is her use of light. Under low-light conditions, through a window in an empty diner, she can illuminate the space in a purely photographic way. It’s not only evocative but it can be rather beautiful. There’s a great picture of a woman in her kitchen. Pretty much every other photographer would have put their back to the window and photographed the light hitting the subject’s face, but Arbus allowed the light to come in behind the figure.

There are all sorts of other ways she highlights the divineness in ordinary things. I feel like she understood how photographs are both real and magical. Even the light bulb in the image of The Backwards Man, which we feature on the back cover, conveys a particularly deep and poetic understanding of space. She was aware of what she was doing. A painter controls every square inch of canvas, and we generally don’t give photographers credit for that, but I think with Arbus you have to.

Karan Rinaldo: She enters spaces differently, in ways people weren’t always accustomed to. And when she photographed people, she entered their space—whether it was their personal space on the street or a more private, physical space. She interacts with her subjects on a different level.

Rachel High: That is discussed at length in the book. Could you elaborate on the evolution of Arbus’s engagement with her subject in these early images?

Jeff Rosenheim: When she went out on the street, beginning in 1956, she was already a very keen observer of those public and private spaces in her own life, but when she started photographing on the street, she wanted something quite different. She wanted her subjects to know that she was there. Many of her peers hid their camera, or even hid themselves, but she was interested in making a picture only at the moment when her subject has seen her and responded to her. She waited until that moment and then often immediately moved onto the next subject. Within the first 50 rolls of film she discovered something about being an artist in a public space that fueled her for the rest of her life. Soon she wanted even more of a connection to the subject and she began to get to know her subjects and make multiple images of them.

Karan Rinaldo: Portraiture is perhaps too narrow a term, but within the genre of street photography with which she is often associated, her approach is distinctive—she’s making portraits on the street. Even when she’s photographing an empty snack bar or a facade in Hollywood, she’s making a portrait.

Jeff Rosenheim: She also found a way to make portraits that aren’t about vanity. Walker Evans, Arbus’s contemporary, didn’t like conventional portraiture because almost all portraits at the time were posed vanity pictures, but Arbus gets the subjects to reveal themselves with the mask off. Walker Evans photographed people in the subway with a hidden camera claiming, “The guard is down and the mask is off even more than when in lone bedrooms. People’s faces are in naked repose down in the subway.” Arbus found a way to capture this nakedness even when the subject is aware and participating. And that is extraordinary.

Rachel High is publishing and marketing assistant in the editorial department at The Metropolitan Museum of Art. 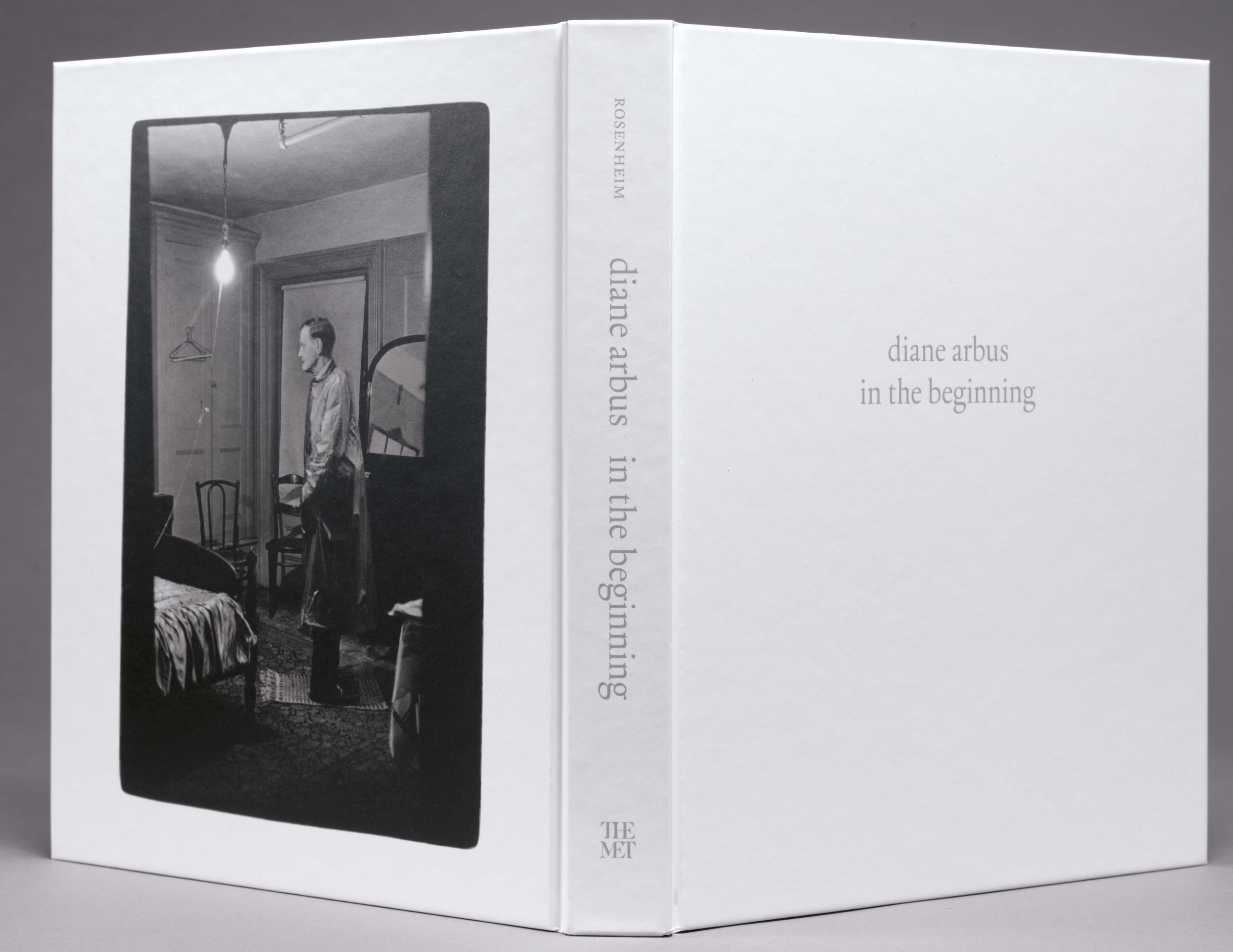