St. Frideswide Church in Oxford, UK; licensed for use on Wikimedia Commons.

“And in this year the king ordered all the Danish men who were in England to be slain; this was done on St. Brice’s feast day [13 November], because it was made known to the king that they treacherously wanted to deprive him and then all his counsellors of life and to possess this kingdom thereafter.” Anglo-Saxon Chronicle, A.D. 1002

With these words the anonymous author of the Anglo-Saxon Chronicle, writing roughly two decades later, reports the most notorious event of the tumultuous reign of King Æthelred “the Unready” (978–1016). Known to modern historians as the St. Brice’s Day Massacre, this seems to encapsulate all that was wrong with Æthelred’s regime: it reveals the king not only as ill-prepared for the viking attacks of the period and ill-advised in his response, but also as cruel and vindictive. Rather than facing down the raiders plaguing his coasts directly, he chose to let out his frustration on those Danes who had had been living peacefully within his realm for over a century.

As is so often the case, a closer reading of the sources, prioritizing those nearest the events, reveals a more complex picture—one less dramatic, though no less troubling. For a start, the Danes mentioned in the Chronicle were almost certainly not those Scandinavians who had settled in north-eastern England in the days of Alfred the Great (d. 899), but rather more recent arrivals, probably mercenaries who had entered Æthelred’s employ in 994 to help ward off future attacks. In 1001, only one year before this event, some of these mercenaries had deserted the king and ravaged the southern coast, and it is likely that they were not the first to do so. A preemptive strike against the rest of this group may not have been an entirely unreasonable response, and it is telling that the chronicler mentions rumors of conspiracy in this connection.

However, if the events of November 13, 1002, were something short of ethnic cleansing in the strict sense, we should not ignore their darker side. This emerges most clearly in the earliest report, preserved in a document issued by Æthelred to confirm the rights of St. Frideswide’s Church in Oxford two years later. According to this document, on the day of the massacre the local Danes had sought sanctuary within the church, and the townsfolk responded by burning St. Frideswide’s down. As a consequence of the fire, the church lost all its records and was forced to request their renewal, leading to the creation of the document in question. This account is much more emotionally charged than that of the Chronicle. It describes the Danes as having “sprung up in this island, sprouting like cockle amongst the wheat,” an allusion to the biblical parable in Matthew 13:24–30, which likens the kingdom of heaven to the field of a man who has sown wheat, only to discover that his enemy has planted cockle (weeds) to grow alongside the wheat. In the Middle Ages, this was understood as a stern warning against the danger of moral impurity—above all, false belief—and in the end the farmer is said to have harvested the wheat and burned the cockle, eliminating the threat (much as later inquisitors would eliminate heretics). The draftsman of this document thus presents the Danes as polluting elements within English society, and he describes the event as “a most just extermination”; it is an act of cleansing.

While this may not, therefore, have been on a par with the Massacre of St. Bartholomew’s Day (1572), and while comparisons with modern experiences of mass genocide are somewhat wide of the mark, it would be wrong to deny the parallels. Even if restricted in scale, and even if justified (at least in Æthelred’s eyes), this act smacks of the aggressive xenophobia and cultural chauvinism which was to become all too characteristic of European society in the central Middle Ages (and, indeed, beyond). Where this leaves us with regards to Æthelred is, of course, the million-dollar question. Given similarities with developments elsewhere—Æthelred’s French counterpart, Robert the Pious, oversaw the first recorded burning of heretics at Orléans in 1022—it would be dangerous to see herein a particular penchant for “acts of spasmodic violence” (as Sir Frank Stenton once put it). Indeed, Æthelred’s behaviour stemmed from the belief that the viking attacks on his kingdom were God’s punishment for moral failings, and this was but one of many efforts to purge English society in these years. (Four years later, a number of the king’s senior advisors were to find their own necks quite literally on the line.)

In practical terms, such policies proved disastrous; like Stalin’s purges in the 1930s, they left the realm exposed at its moment of greatest need. In moral terms, it is difficult for the modern observer to feel anything but repugnance. Yet we should resist the temptation to judge Æthelred by twenty-first-century standards; he was an eleventh-century ruler, confronting his problems in an eleventh-century manner. In this respect, his responses were neither so harsh nor so ill-conceived as modern commentators have often wanted us to believe. At the same time, we must stop short of whitewashing Æthelred. These purges bred suspicion and division at a critical moment, and in the end his death was soon followed by the conquest of England by the Danish ruler Cnut. In an age in which protectionism and xenophobia are increasingly common responses to the challenges of globalization, the lessons of Æthelred’s reign are as fresh as they were a thousand years ago.

Levi Roach is lecturer at the University of Exeter, and formerly a junior research fellow at St. John’s College, Cambridge. He lives in Exeter, UK. 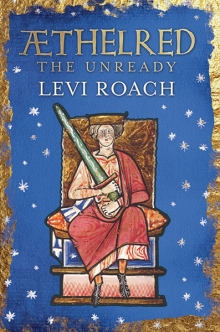