Image above is The Slave Trade by Auguste François Biard (1840), public domain.

At the turn of the nineteenth century, however, the Luso-Brazilian and the recently created U.S. branches of the transatlantic slave trade were not that different. In both cases, the business was controlled by merchants based mainly on the American side, unlike the British and French slave trades of the eighteenth century. Specific American products such as Bahian tobacco and New England rum played a key role in transactions on the African coast. The volume of the traffic carried by Luso-Brazilian and U.S. slave traders also became increasingly similar. U.S. merchants in the new republic showed the potential for the creation of a bilateral traffic between Africa and the United States that could be as strong as that connecting Rio de Janeiro and Angola. During 1806 and 1807, the single largest slave-trading port in the Americas was not Rio de Janeiro, Salvador, Port Royal or Havana; but Charleston, South Carolina.

While the United States closed its doors to the importation of enslaved Africans, Brazil continued to depend on the transatlantic slave trade as the main source of labor for its coffee plantations. In 1831, the country also passed a federal law formally abolishing the traffic in human beings. But unlike in the U.S., almost one million individuals were carried to the country after that date in one of the greatest crimes of the nineteenth century (even by nineteenth century standards).

The new context of illegality, however, changed some of the characteristics of the slave trade to Brazil. In order to circumvent authorities, especially the British Navy, slave traders increasingly employed U.S. resources in their operations. U.S.-built ships became a predominant feature of the transatlantic slave trade for their speed and quality, as was the case in most sectors of maritime commerce. More complicated was the fact that the U.S. flag also started to be used by slave traders as a cover to protect them from the actions of the British Navy. The United States was one of the few countries that refused to establish anti-slave trade treaties with the British that included the mutual right of search (which had been one of the causes of the War of 1812). Consequently, the country managed to suppress the slave trade to its own dominions, but had much less success in curtailing its participation in the traffic to other places such as Brazil. U.S. companies based in Rio de Janeiro simultaneously became the main sellers of U.S. ships and the main exporters of slave-produced coffee from the Paraíba Valley. Most of this coffee went to the United States, whose consumption of the hot beverage expanded as part of the construction of its own national identity (as opposed to the tea-drinking British).

The appearance of U.S. resources in the contraband slave trade to Brazil would generate a number of tensions in relations among the United States, Brazil, and Great Britain during the 1840s, contributing to break the relative isolation of U.S. slavery. Only suppression of the contraband slave trade to Brazil in the 1850s would end U.S. participation in that traffic. The political implications of this connection nonetheless continued to reverberate in the U.S. public sphere as slave traders reorganized themselves in the aftermath of Brazilian suppression, transforming New York into one of the main centers for the outfitting of slave voyages in the 1850s. The main destination was now Cuba, but there was still some hope among slave traders in New York that the traffic to Brazil could be reopened. One last attempt was made in 1856, when the Mary E. Smith was seized by Brazilian authorities off the coast of Brazil with the 320 surviving enslaved Africans (some sources say around 520 had left Africa).

At the turn of the nineteenth century, the trading actions of the U.S. and Brazil were largely disconnected. Both had their own autonomous branches of the transatlantic slave trade, with Luso-Brazilian slave traders operating mostly south of the Equator (with the exception of an extremely strong connection between Salvador and the Bight of Benin), and their U.S. counterpart restricted mostly to the northern hemisphere (although increasingly appearing in the South Atlantic as well). Ironically, half a century later, the histories of the United States and Brazil became intertwined as a result of suppression of the traffic (accompanied by the growth of slavery) in the former and its re-creation as contraband in the latter.

Leonardo Marques is professor of history at the Universidade Federal Fluminense. He lives in Niterói, Brazil. 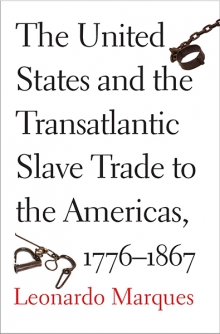