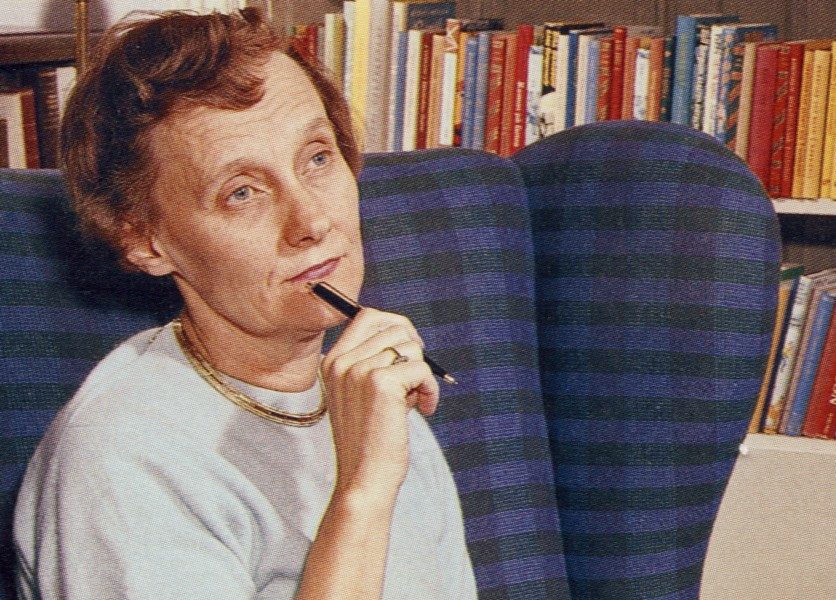 Astrid Lindgren in 1960, licensed for use on Wikimedia Commons.

The following entries are excerpted from War Diaries, 1939-1945 (Yale University Press, 2016), a transcription of the personal diaries of Astrid Lindgren, author of the Pippi Longstocking books. Illustrated with family photographs, newspaper clippings, and facsimile pages, Lindgren’s diaries provide an intensely personal and vivid account of Europe during the Second World War.

Oh! War broke out today. Nobody could believe it.

Yesterday afternoon, Elsa Gullander and I were in Vasa Park with the children running and playing around us and we sat there giving Hitler a nice, cosy telling-off and agreed that there definitely was not going to be a war—and now today! The Germans bombarded several Polish cities early this morning and are forging their way into Poland from all directions. I’ve managed to restrain myself from any hoarding until now, but today I laid in a little cocoa, a little tea, a small amount of soap and a few other things.

A terrible despondency weighs on everything and everyone. The radio churns out news reports all day long. Lots of our men are being called up. There’s a ban on private motoring, too. God help our poor planet in the grip of this madness!

Either nothing much has been happening in the war or I’ve been too lazy to write anything. The most noteworthy thing at present is the peace negotiations between Finland and Russia. They’ve been going on for some time but without result, it seems. The Finns refuse to yield, despite pressure from Britain and the USA. The whole thing strikes me as rather mysterious. Finland’s more or less got a knife to its throat and will surely have to agree to the Russians’ conditions before long. King Gustaf apparently contacted Mannerheim and Ryti and appealed to them to try for a peace settlement.

On the home front, Karin’s had a nasty case of the measles and still isn’t allowed out of bed. I’m currently having really good fun with Pippi Longstocking.

On this day I have been married for 13 years. The beautiful bride is stuck in bed, however, which gets pretty boring in the long run. I like it in the mornings when they bring me tea and white bread with smoked ham in bed and I get the bed made for me and the place nicely tidied around me, but I loathe it at night, when I have to have some kind of hot compress on my foot and it itches like mad and Sture’s asleep but I can’t get off to sleep myself. I’m reading Maugham’s Of Human Bondage and working on Pippi Longstocking.

It doesn’t look as though there’ll be peace in Finland. It’s time for the children’s programme on the radio, so I can’t write any more for now.

It’s possible that this diary contains a disproportionate amount about the Germans’ rampages, because Dagens Nyheter is our daily paper and that’s more anti-German than any other rag and never misses a chance of highlighting German atrocities. It’s beyond all doubt, however, that such atrocities do actually happen. Even so, it says at the end of this cutting about Poland that the Poles “would prefer the German regime” to the Russian “if there were no other choice.” That’s probably also the case in the Baltic states and other countries, but for that to appear in Dagens Nyheter must be a slip-up.

I haven’t been following daily events very closely over the past week, but there’s trouble in the Levant and de Gaulle is furious and Marshal Tedder of the Royal Air Force was over here and in Norway and the refugees are going back home and we’ve been given notice from our “secret” jobs from 1 July, so peace seems to have broken out in earnest, though one can scarcely believe it with the victors still squabbling the way they are. Russia is holding on to Bornholm.

It’s a cold start to the summer and I feel rather on edge at times, yet at others I’m in high spirits. It’s going to be sad parting from my colleagues at work. I’ve been sleeping rather badly lately. On Thursday, Karin sits her entrance exam for the grammar school. Lars is often out at student parties and he’s got this wild notion of going to England as a deckhand on a ship. Sture has meetings almost every evening.

The English drive more slowly than we do and Pippi Longstocking is funny—with these idyllic observations I shall round off today’s crop of cuttings, a change from the horrors they normally deal with. I sat here all evening pasting in cuttings from the past month’s papers and more; it’s been such a long time since I last wrote anything. Plenty has happened, as I hope the cuttings show. Unfortunately I didn’t save anything about the execution of Quisling, which was carried out one day, or rather one night, in October, when he was brought from prison in a police car to Akershus [Fortress], where he was shot. One gets the feeling the fellow really believed he had done his best for Norway—remarkably enough. Be that as it may, he’s now feeding the worms. Just like Laval. And soon it’ll be the big German villains, who go on trial today. Every country is having a good purge at the moment. And picking out its scapegoats.

My cuttings don’t say enough about the dreadful hardship in Germany. In Vienna and Berlin they reckon all the babies could die this winter.

Coffee came off ration on 1 November (to the delight of all coffeelovers), along with tea and cocoa. We see the occasional banana now. Tobacco rationing is over, and spices are off ration, too.

And I won first prize for Pippi Longstocking, which is coming out any day now. Meanwhile, Sture had to go to London, but didn’t like it at all. It was in a sorry state after the war, not much food and so on, dirty and dismal.

Karin’s in her first year at the school at Sveaplan and acquitting herself well, ambitious little soul. Lasse’s in his final year at upper secondary (after resitting three subjects), we’ll see how it goes!

I’m working part-time for the 1944 State Part-Time Work Commission and I sometimes miss the old censor’s office. We had a party here on the 13th for my old workmates from Sections 11 and 12—and I very much wonder whether we’ll all meet up like that again.

I just heard a live transmission from Nuremberg. I heard all those butchers stand there and declare themselves nicht schuldig [not guilty]. Frank—the butcher of Poland, Streicher, persecutor of Jews, Göring, Hess, the whole lot were as innocent as lambs and assured the court of the fact in steady voices.

Astrid Lindgren (1907–2002) was a Swedish writer best known for her Pippi Longstocking series. Her books have been translated into 97 languages and have sold approximately 150,000,000 copies worldwide. 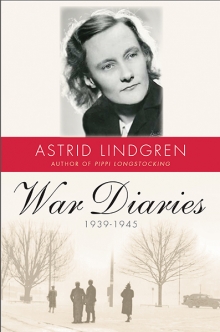