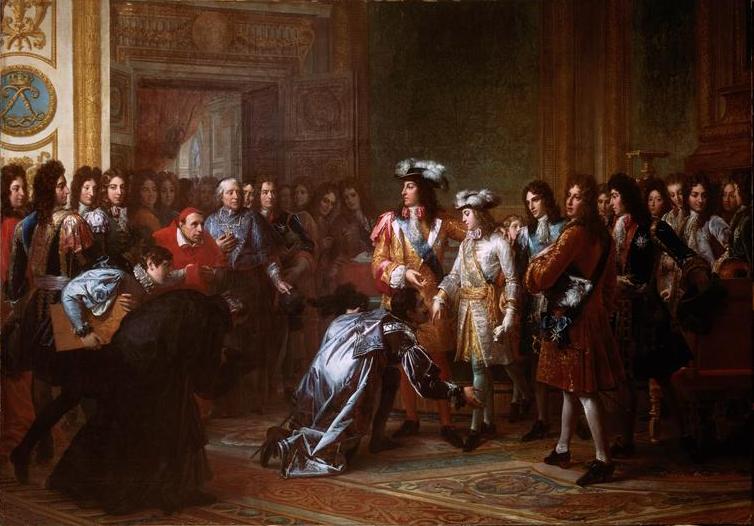 Between the peace of Utrecht that marked the end of the War of Spanish Succession in 1713 and the close of the War of the Austrian Succession in 1748, King Philip V (1700-46), the first Spanish Bourbon, represented a greater threat to peace in Europe than any other state or sovereign. This might seem rather surprising in light of the fact that under Philip’s predecessor, the last Spanish Habsburg, Charles II (1665-1700), the Spanish Monarchy is often thought of as being in a state of terminal decline from the near hegemony it enjoyed under Philip II (1556-98). This decline was apparently confirmed with the loss of Spanish Italy and Spanish Flanders in the succession conflict.

In fact, Spain’s decline before 1700 has probably been exaggerated. More important in the present context is the fact that a desire to recover the losses sustained during the succession struggle drove Philip V’s foreign policy, inside and outside Europe, after 1713. This may also seem surprising, since Philip’s aggressive policy, above all in Italy, has usually been attributed to his supposed domination by his remarkable second wife, Isabel Farnese, who sought to find thrones for her sons in Italy (since the sons of Philip’s first marriage would succeed Philip in Spain). Isabel had great influence on her husband, a man who had not been brought up to rule. His general lack of self-confidence translated into an unusual dependence on his consort, and further, his lifelong struggle with mental health sometimes rendered him incapable of ruling.

But Isabel’s influence cannot alone explain Philip’s aggressive revanchism after 1713. Under Philip, Spanish troops invaded Sardinia (1717) and Sicily (1718), conquered Naples and Sicily (1734-5), and briefly occupied Milan (1745-6). Philip’s determination to recover his lost inheritance also extended to north Africa, where he recovered the outpost of Oran (1732), which had also been lost in the War of the Spanish Succession. (Since Philip was very conventionally pious, he might be thought of as a crusader against Islam in the Mediterranean.) These were impressive overseas operations, sometimes mobilizing up to 30,000 men and hundreds of ships; some of these expeditions eclipsed both William III’s invasion of England in 1688 and the disastrous Spanish Armada of 1588. While Philip did not achieve all of his objectives, he was far more successful than traditional accounts suggest in forcing a revision of the Utrecht peace settlement of 1713 insofar as it concerned Italy, where Isabel’s eldest son (the future Charles III of Spain) was installed as king of an independent Naples and Sicily in 1734.

In fact, for some years, Italy was effectively a Spanish satellite state. Philip’s successes depended upon many factors, some internal to Spain, some external. The latter included the fact that some other major international players were too weak or reluctant to confront Philip. For example, the newly established Hanoverian regime in Britain was vulnerable to foreign exploitation of the Jacobite threat and was reluctant to challenge Spain because of trade complications. Britain certainly helped frustrate Philip’s Italian ambitions by defeating the Spanish fleet off the coast of Sicily in 1718—a largely forgotten British naval success—but often preferred to appease rather than to challenge Spain. As for France, the death of Louis XIV meant the accession of a minor, Louis XV, and a period of relative weakness. Subsequently, Bourbon France would support Bourbon Spain.

As for the other powers, some historians emphasize the emergence of Prussia and Russia in this period, but may exaggerate or predate their full impact upon European power politics. Thus Philip was able to confront in Italy the rather fragile Austrian Habsburg Monarchy of his erstwhile rival for the Spanish throne, Emperor Charles VI. But while Spain’s ability to assert itself owed something to the relative weakness of competitor powers, it also depended upon real domestic, Spanish strength. To some extent Philip V’s ability to mount large scale operations was a testimony to the strength of the Spanish Monarchy he inherited.

But Philip also effected administrative, military, and naval reforms to ensure that Spain had the resources necessary to sustain domestic and international operations. He utilized the services of able ministers such as Jose Patino, an unduly neglected contemporary of Walpole and Fleury, and enjoyed domestic support for his recovery of the lost territories from the many exiles from Spanish Italy who flocked to Spain during and after the War of the Spanish Succession.

Philip’s revanchism has important implications for our understanding of eighteenth-century Europe. In recent decades, historians of the early modern era have emphasized the importance of the Atlantic in driving both development and conflict in Europe. But Philip V’s ambitions suggest the continued importance of the Mediterranean. Philip certainly did not neglect the Atlantic; he obstructed English exploitation of the gains conceded at Utrecht and cracked down on illegal foreign trade with Spanish America. But for Philip, the Atlantic was primarily a source of funds to pay for his Mediterranean projects.

In pursuing conquests in Africa and Italy, Philip’s efforts to find money and men at home helped reshape Spanish society but also stimulated some disquiet before his death in 1746, after which Spanish policy began to prioritize the Atlantic. This rejection of Philip V’s prioritization of the Mediterranean and particularly Italy by his successors was a testimony to the extent to which Philip’s ambitions in those areas had impacted an entire generation inside and outside Spain.

Christopher Storrs teaches at the University of Dundee and is the author of multiple books on European history. He lives in Dundee, UK. 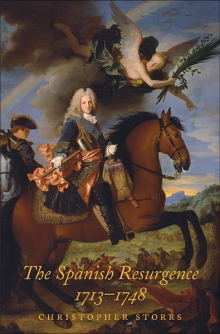