While there was never a “golden age” of politics, journalism, or democracy, social media has permanently disrupted assumptions that were widely shared for much of the twentieth century.

In that earlier era, political parties were strong; candidates for major offices were vetted by people who knew them well; most major institutions enjoyed considerable trust. Much of the American population got daily news from one of three television networks—each evening CBS anchorman Walter Cronkite told the public, “That’s the way it is,” and most viewers accepted his testimony. Journalists strove to be neutral and disinterested; newspapers and writers that knowingly transmitted falsehoods were few; and much of the electorate was willing to read articles of some length—even serious books!

In our time, none of these assumptions hold. There are hundreds of media channels; newspapers struggle for survival; reporters intermingle news report and personal blogging and tweeting; all of our attention spans are attenuated; and few institutions enjoy much trust.

The Internet, social media, and the web were initially heralded as game-changing advances for civic life. Instead of a few microphones, everyone with access to a device could express his or her opinion; and sometimes unknown individuals gained a wide audience. Idealistic individuals from around the country, even the globe, could find one another and make common cause. Lies could not be sustained indefinitely; a la Wikileaks, the truth would emerge, sooner or later. Occasionally, social media were even successful in changing disliked policies or, in a blue (or orange) moon, in fomenting a political or social revolution.

Any utopian thoughts about social media were shattered in the recent U.S. election. Four concepts help to explain what happened:

What does this mean on the ground? Most people we know, and presumably many who read this blog, assumed that Hillary Clinton would win the 2016 election.

A friend awoke us from our political slumbers. With permission, she recently browsed the Facebook news feed of an acquaintance from South Dakota. After scrolling through several weeks of pre-election posts, she concluded, “If that was all we read year in and year out, we’d never vote for Hillary or Democrats either.”

We can be sure that “our” progressively-torqued news feeds would seem similarly foreign to Trump supporters.

Social browsing is neither balanced nor benign. Absent some kind of corrective mechanisms, our social media feeds will fracture further an already-divided country.

As educators, we believe that schools can prepare youth for democracy in an age of social media. Teachers can prepare the “app generation” to recognize sources that are deliberately one-sided—and provide more positive models for the next generation. Organizations like Common Sense Media also play their part in supporting digital citizenship.

For some years, liberal commentator E.J. Dionne and conservative commentator David Brooks have a weekly civilized conversation on National Public Radio. Apparently, President Obama and President-elect Trump had a similarly civil conversation 36 hours after the results of the election were clear. Such models matter enormously. Unless we provide powerful positive models of how to disagree and yet search for common ground, our political system is in jeopardy. Social media cannot fix the situation—only human beings can. 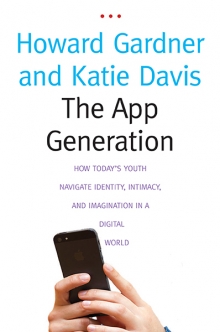