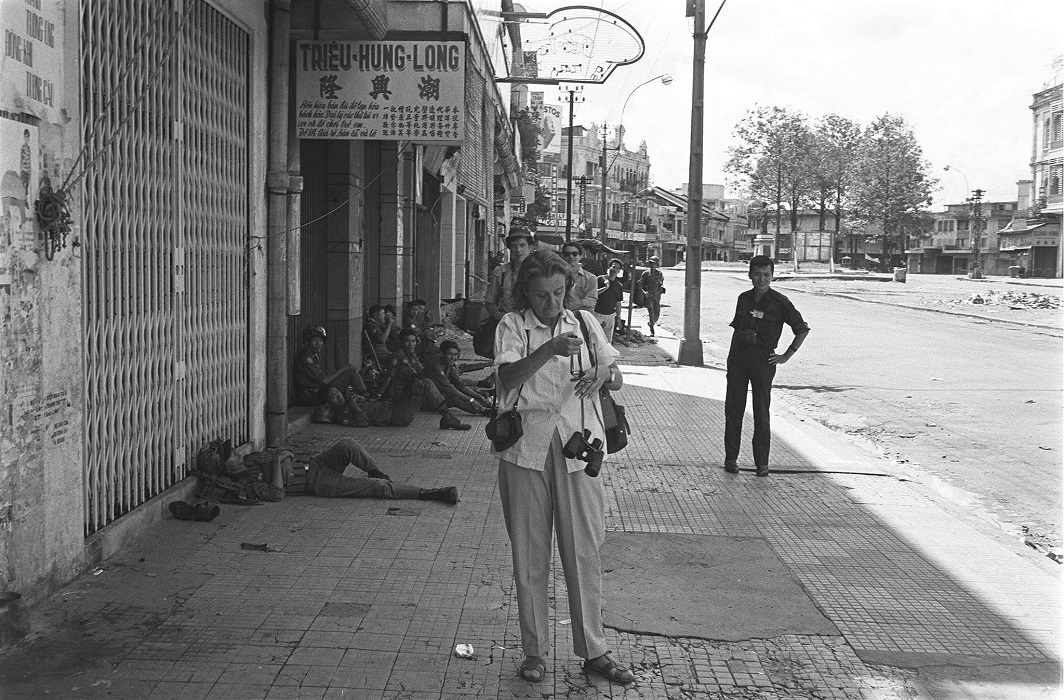 Clare Hollingworth, military correspondent for the Daily Telegraph. June 1968. by manhhai via Flickr

The legendary adventures of Clare Hollingworth’s life are such stuff as Hollywood movies are made on. And, to continue paraphrasing Prospero, her long life is rounded with a sleep that has attracted front-page headlines in Britain as well as extensive coverage in the U. S. and elsewhere. Hollingworth, who has died in Hong Kong at the age of 105, was one of twentieth-century journalism’s most significant figures, her life and career entwined for more than forty years with war reporting of an exceptional nature. Perhaps the most astonishing thing about her was that her biggest scoop, the one that gave her enduring fame, was essentially the first one she ever wrote. No cub reporter in history has ever matched that record. A fiction writer who created such a scenario would be accused of ludicrous plot development and naivete; everyone knows that simply never happens.

Her break came in late August 1939 as Europe waited to see if Adolf Hitler would plunge the world into war by invading Poland. London’s Daily Telegraph had a correspondent in Warsaw but, alone among the world’s press, decided that a second one was needed. The untrained twenty-seven-year-old Hollingworth persuaded the editor to hire her for that role solely because of her previous experience as a relief worker in Poland helping Czech refugees escape the Nazis. She based herself in Katowice, then near the Polish-German border but, with remarkable initiative for such a neophyte, she didn’t wait for the war to come to her. Borrowing the car of John Anthony Thwaites, the British consul in Katowice, she drove into Germany and was returning to Poland just as a powerful gust of wind lifted up tarpaulins stretched along the road, revealing hundreds of tanks, armored cars and field artillery. The next morning, August 28, the Telegraph carried her exclusive front-page dispatch headlined: 1,000 Tanks Massed on Polish Border, 10 Divisions Reported Ready for Swift Strike. In the dispatch she wrote: “The German military machine is now ready for instant action.”

Most of the newspaper obituaries that appeared after her death on January 10 feted her as the correspondent who scooped the world on the outbreak of World War II. It wasn’t, of course, the outbreak but near enough. The Germans invaded three days later, on September 1, and Hollingworth provided one of the first eyewitness accounts of the fighting. (Two correspondents in Danzig early that morning reported that German ships had launched hostilities by firing on a Polish seafront fortress.)  Days later, Hollingworth would try to get to Warsaw when correspondents there were fleeing the city.

Scoop aside, the broader significance of Hollingworth’s tour de force in Poland was that she had blazed a trail for women war correspondents, a fact easily forgotten today when women routinely cover the world’s battlefronts. Before her, three American women had covered the Spanish civil war of 1936–39, but World War II was the first conflict in which women correspondents really began to come into their own. And the first of these was Hollingworth. There are few greater challenges, for men and women alike, than working in a war zone; that Hollingworth and a relative handful of women proved they could do it exceedingly well, even better in some cases than their male counterparts, was an important early victory for women in all fields of endeavor.

Like other female correspondents in World War II, Hollingworth faced obstruction from the military, which believed that women should be confined to reporting from field hospitals. When she showed up in Libya during the Eighth Army’s drive against German and Italian forces, a furious General Bernard Montgomery ordered her out; he would not tolerate female reporters in his sector. So she flew to Algeria to join the Americans and, with a touch of perhaps justifiable smugness, later wrote of desert war: “It was essential to be able to go without washing, sleep in the open desert, and live on bully beef and biscuits for days on end. Many male correspondents got themselves sent back to Cairo because they could not take it.”

The male correspondents who knew her best understood what she was made of. Cedric Salter of the Daily Mail wrote that she was “the most foolhardily brave journalist of all the Anglo-Americans in Poland.” The American correspondent Robert St. John observed: “Clare Hollingworth was the only woman I ever met who was not worried by the sight of slit throats or pools of human blood.”

Hollingworth would go on from Poland to cover fighting in Romania, Greece, and North Africa during the war. Then, in a career that did not end until her seventieth year, she would report on warfare in Palestine, Algeria, Aden, and Vietnam. More scoops came her way—most notably her report that the British traitor Kim Philby, a longtime Soviet spy, had disappeared from Beirut and had most likely fled to Moscow, as proved to be the case. Like a lot of good reporters, she sometimes happened to be in the right place at the right time, as in 1946 when she was across the street from the King David Hotel in Jerusalem as Jewish terrorists blew it up, killing ninety-one people.

In 2011, nearing her 100th birthday, she told the Telegraph: “I must admit that I enjoy being in a war.” That is an extraordinary statement. I have covered several wars and worked with scores of others who have done the same, and I’ve never heard one of them say this. It is possible to enjoy the challenge of war reporting, but not the carnage that it entails, and presumably that was what she meant.

She never claimed to be fearless. But was there ever a reporter more dauntless in pursuing a story, regardless of risk? I think not. From the moment of her baptism of fire, Clare Hollingworth staked her claim to being among the greatest of war correspondents, and went on to fulfill that role with style, determination and remarkable resourcefulness.

Ray Moseley enjoyed a long career as a foreign, diplomatic, and chief European correspondent for the Chicago Tribune, stationed in London, Washington, Berlin, Rome, Cairo, Belgrade, Moscow, and Nairobi. He lives in London. 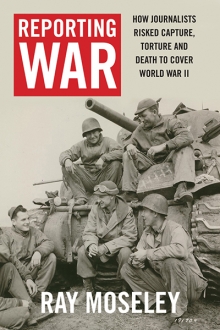