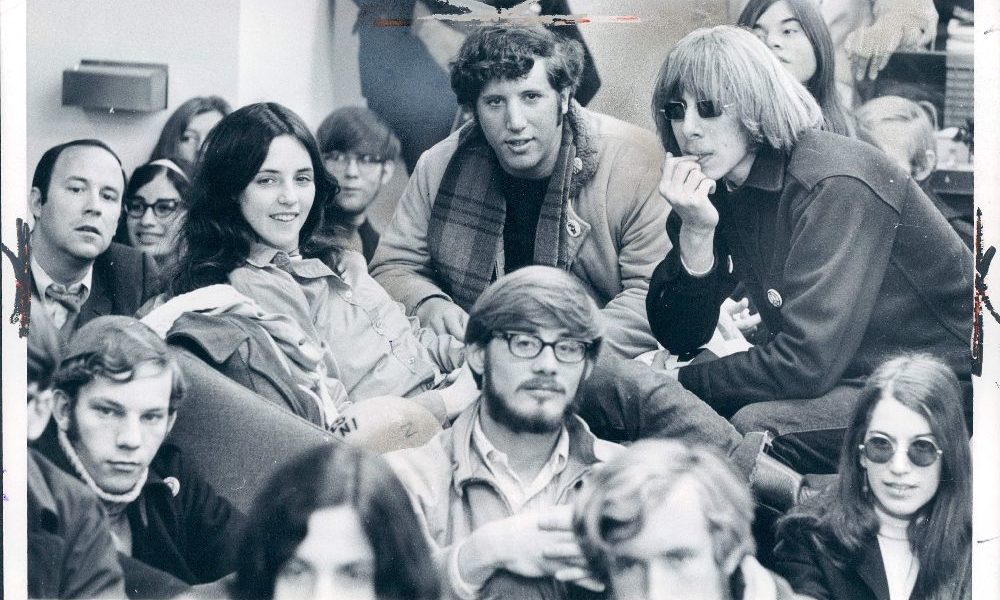 It is time for a new effort to reverse the propaganda about Vietnam and our movement to end the war. It is time for truth telling, for healing, and for legacy. Who will tell our story when we are gone? So much has already escaped memory, and now the time to capture remembrance is rapidly passing. We need to resist the military occupation of our minds. Long-defeated falsehoods are being resurrected again. As one example, the recent acclaimed film Last Days of Vietnam depicts the war as one of aggression: North Vietnam pointed a dagger of invasion to the South. That was the false claim of the State Department’s White Paper that we debunked in 1965. Official history too often covers our truths in oblivion. The war makers seek to win on the battlefield of memory what they lost on the battlefields of war. Usually the victors write history; this time it is the losers who are deployed to do so. As long ago as 1979, Pulitzer Prize–winning journalist Frances FitzGerald warned in her book America Revised that the antiwar movement was disappearing from history textbooks which, she wrote, “contain no reference, or almost none, to the peace movement or to any of the political turmoil of the late sixties and early seventies . . . in the future, this slate may be wiped clean.” That danger of historical cleansing has only increased, despite many subsequent excellent histories, films, and investigative reports. As FitzGerald feared, the mainstream impression is that “the war stopped because President Nixon and Secretary Kissinger decided that it should.”

The Vietnam protest movement may never achieve the recognition already given other movements from the same era: civil rights, women’s rights, farmworkers’ rights, the environmental movement, and more recent struggles like that for LGBT rights. Earlier struggles for workers’ rights in the 1930s were recognized, institutionalized, and legitimized in American politics in ways the peace movement never has been.

The trivializing of the peace movement’s history has distorted the public memory of Martin Luther King Jr., who opposed the Vietnam War in a speech in August 1965, a few months after the first SDS march on Washington. His most important antiwar orations, delivered in April 1967 at the Riverside Church in New York and at a mass rally in Central Park and before the United Nations, were met by angry editorials in the New York Times and the Washington Post, and condemned by the Johnson White House as well as by the leaders of labor and most civil rights organizations. It was inappropriate, they claimed, for a “Negro spokesman” to stray into the territory of foreign policy. And though King’s antiwar message is included on the plaque at the King Memorial, he is generally remembered today as a civil rights leader, not a man who opposed the Vietnam War and was organizing a Poor People’s Campaign until his last breath. The myth persists that freedom can be expanded at home while repression is imposed and massive bombings escalate abroad. Few remember that shortly after Dr. King’s death, amid the police brutality and street battles at the 1968 Democratic National Convention, a mule train of civil rights workers from King’s organization was there in silent tribute to what might have been. We were part of the cause he led, and he was part of us. History has shown he was right, for the full realization of his justice agenda is still blocked by the permanent war economy and national surveillance state.

One can only guess why so many elites want to forget the Vietnam peace movement by history cleansing, why public memories have atrophied, and why there are few if any memorials to peace. The steady denial of our impact, the persistent caricatures of who we really were, the constant questioning of our patriotism, the snide suggestions that we offered no alternative but surrender to the Communist threat have cast a pall of illegitimacy over our memory and had a chilling effect on many journalists, peace dissenters, and the current generation of students today. Of course, one reason for this forgetting is that the Vietnam War was lost, a historical fact representatives of a self-proclaimed superpower can never acknowledge. Accepting defeat is simply not permissible.

It is more convenient to lay the blame on the peace movement, liberal media, dovish politicians at home, and so-called enemies within. For if the war rested on false assumptions, the deaths of fifty-eight thousand Americans and millions of Indochinese people might reasonably be blamed on a whole generation of American policy makers, intellectuals, and generals. Those at fault could never look the families of the dead in the eye. Imagine the grief and rage among those families. Resignations might be required. Instead, the antiwar movement has been ignored or scapegoated while those truly at fault have enjoyed decades of immunity.

Since the Vietnam War makers cannot accept responsibility or acknowledge the full truth, those who opposed the war are needed more than ever, now and tomorrow, to prevent the dimming of memory and to keep history from repeating. We must write our own history, tell our own story, and teach our lessons of Vietnam. I am neither a historian nor a scholar. All my life I’ve been a writer, organizer, and activist. The reflections in this essay are one man’s modest contribution to making sense of half a century of struggle for justice and dignity, peace and democracy. We need to understand better why we did what we did and what it meant, not only for those of us who lived and helped to make this history, but also to tease out for the generations to come what lessons might be learned from the legacy that these great upheavals left us. Of one lesson I have no doubt: peace and justice movements can make a difference.

It is true that our movement was deeply fragmented and rarely unified. The antiwar movement reproduced many of the racial, class, gender, and cultural divides of the society from which we came. On top of those differences there crept the infection of sectarian power struggles that still afflicts social movements in general. Thousands of informants and COINTELPRO (the notorious FBI counterintelligence program) provocateurs did their best to spread the poisons of distrust, division, and violence. Without unity, how could a common story be told to future generations? It is not too late to recover and begin again. This is already happening in the reconciliation process between the Vietnamese and our country. But we must not forget that for the Vietnamese, the war is not fully over. The soil of Vietnam is contaminated with Agent Orange. Unexploded ordnance covers the landscape. Those deformed by our defoliants will transmit their disabilities to their children for generations. Each generation of Americans has a responsibility to help mitigate this permanent damage. And yet, by the tens of thousands, American veterans and their families are touring old battlefields, shaking hands, and sharing tea with their old enemies. The sentiments of resolution are palpable. So are the feelings experienced by visitors to the Vietnam Veterans Memorial in Washington, DC. The disaster that began in Vietnam still spirals on as a conflict between empire and democracy. The cycle of war continues its familiar path. Truth, it is said, is war’s first casualty. Memory is its second.

Tom Hayden, an educator, former California state senator, author, and lifelong activist, was the principal author, in 1962, of the Port Huron Statement, the founding manifesto of Students for a Democratic Society (SDS).  He died in Santa Monica on October 23, 2016. 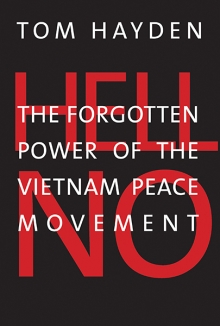