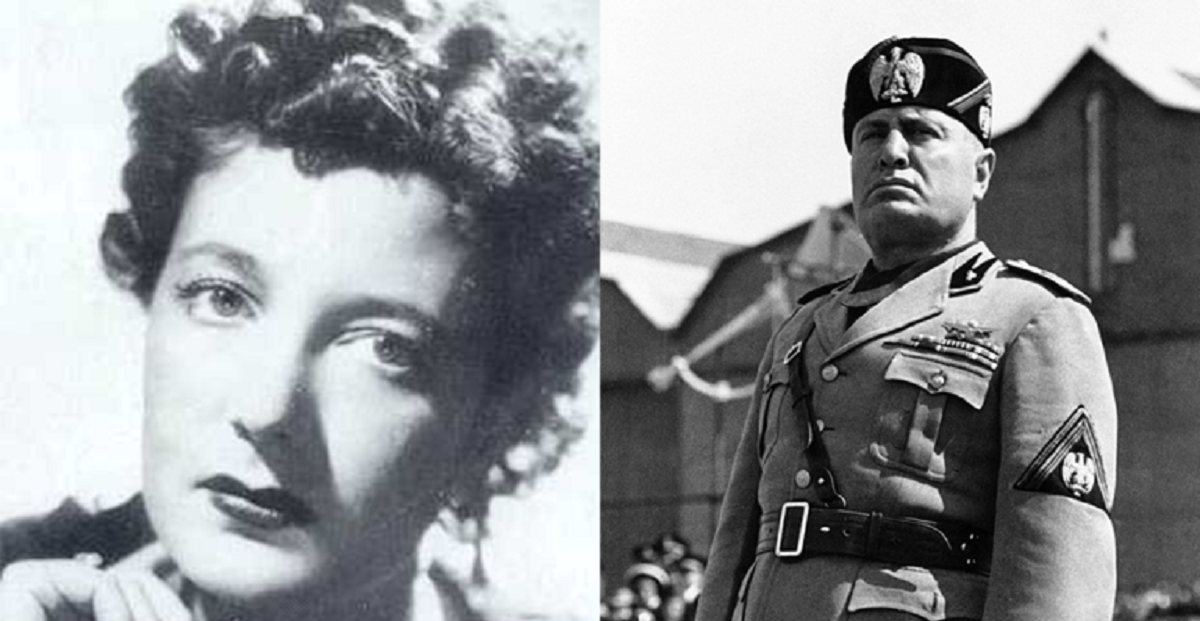 During the American election campaign last year, a splendid cartoon did the rounds. It displayed Donald J. Trump dressed in military and militant uniform. His telling wedge of blond hair jutted from beneath a Fascist helmet. The caption read ‘Il Douche’.

Then and now some commentators have tried to urge the tendentious case that Trump is a potential tyrant, a ‘fascist’, ‘another Hitler’. I am unconvinced that such historical parallel works. Fascism arose first in Italy to defend property owners from unionising workers and peasants, people hard to confuse with Trump’s foes, the globalised or globalising experts and liberal media. There have been far too many men since 1945 glibly labelled as new Hitlers and thereby damned as the common enemies of civilised humankind. In fact, Adolf Hitler, fanatically determined to murder all Jews and thereby extirpate ‘Judeo-Bolshevism’, is so near to being unique as to be almost by definition a false historical parallel of anyone else.

Not so Benito Mussolini, the Fascist dictator of Italy 1922-45, but also in his time a fudging politician who could know that a week is a long time in politics. When it comes to assessing the dictators or other ‘Great Men’ who stride across our world, knowledge of Mussolini’s history is far more useful than that of Hitler (or of Stalin, that vicious combination of literalist Marxist and bandit from the Caucasus).

Over the last decade a magnificent new source has become available to historians in the form of a diary composed by Mussolini’s last lover, Claretta Petacci, twenty-nine years his junior and executed with him in April 1945. Claretta’s all but stenographic record of Il Duce’s words are amplified by the lengthy letters the two exchanged, notably in 1943-5 during the last desperate months of Italy’s Second World War. It is enlarged by an ample correspondence composed by the other members of the Petacci family, her father, Francesco Saverio, like Mussolini born in 1883 and a high society doctor, her mother, Giuseppina, only half jokingly called ‘the Duce indoors’, pious Catholic and determined social climber, brother, Marcello Cesare Augusto, trained to be a surgeon but man about town, venture capitalist and, at least in his own mind, grand strategist, and Myriam, born 1923, little sister, destined to grow up quickly while ‘chaperoning’ Claretta, married into the (probable) aristocracy and delivered to film starletdom.

Myriam, who survived the war and dictatorship, maintained their operating slogan, ‘all for one and one for all’. So my book shows it to have been whether in furthering the family purpose to break Mussolini from his wife, Rachele, or in the various Petacci efforts to make a social and financial splash in their home city of Rome and best exemplified in the costly and modernist (at least on the outside) Villa Camilluccia that they built on Monte Mario.

Fascist Italy was the first State to be called totalitarian, a term with meaning still, generally implying an overweening tyranny hell-bent on war whose people are reduced by a ruthless combination of propaganda and secret policing to atomised automatons, incapable of doing more than chant regime slogans as they prepare to be their dictator’s ‘willing executioners’. But Claretta and the rest of the Petaccis were not like that. Ready to declare themselves racists and Anti-Semites and to glorify Mussolini (Hitler and Franco), they were at the same time believers in Catholicism, whether papal or popular, capitalists, bourgeois, snobs and Romans. They are splendid proof that ‘the Italian family’ did not wither away under the onslaught of Fascist totalitarianism and Mussolinian charisma. The best single example of family bond was given by Myriam when she wrote to the Duce that he whose regime was built on the slogan: ‘Mussolini ha sempre ragione’ (Mussolini is always right) ought to understand that, in his private world, ‘Claretta ha avuto sempre ragione’ (Claretta has always been right).

The intrepid and importunate Petaccis are thus one focus of the book. Yet, doubtless the major figure is Mussolini himself, whether in his public or private life. There is sex, however demurely described by that bourgeois Catholic girl, Claretta, given to regular mass on Sunday morning and coitus with the dictator at his office in the Palazzo Venezia on Sunday afternoon. There are the complications in the relationship. Mussolini had his wife and five legitimate children, with a confirmed tally of nine illegitimate offspring from eight different women. In his youth he had been ruthless at sloughing off such partners but, by the late 1930s, he was less so, excusing himself with the jealous and ever ready to be hysterical Claretta, that, every now and again, he had ‘to pay his taxes’ to them (and Rachele). At first sight, Mussolini was the model of a patriarchal dictator, one much given to misanthropic and misogynist boasting, content that he was a ‘loner’. Yet he often rang Claretta a dozen times a day and, certainly by 1943-5, she was as influential as anyone else in pushing him on to his (and her) bitter end.

Then there was the Mussolini whom Claretta’s stenography portrayed as he launched into abrupt and damning verdicts on his opponents (or his friends), a man who had once been an able journalist and who frequently sounds as though, if he were re-born, he would naturally become a ‘shock-jock’. So, he yelled, the English are people who think with their bums (poor decorous Claretta had to record that naughty word, culo, as c..o). The French are ruined by syphilis and absinthe. The Spanish, even his Francoist allies, are ‘half Arab’, brutal and unable to plan. Hitler might be a ‘teddy-bear’ in his hands (as Mussolini exclaimed after the Munich conference) but the Germans were aggressive and formidable, only held back by the knowledge that they always lost against Italy. The Jews should be killed and so too at least three million Italians, descendants of slaves from the first Roman Empire and unwilling to march behind their dictator.

Words, words, words, since Mussolini’s expostulations by no means automatically convert into policy, while at the same time being indicative of the dangerous mixture of frustration and aggression that marked the Italian dictatorship as the years of Mussolinian rule passed. It all ended as my last chapter says in ‘death in the afternoon’, in personal failure and bathos (tragedy is too grand a term for ‘Ben’ and ‘Clara’). Yet it also remains a story worth our contemporary reckoning. After all, we may want to ask, is there something that overlaps in the personalities of Il Duce and Il Douche (or Vladimir Putin or quite a few others)?

R. J. B. Bosworth is senior research fellow in history, Jesus College, Oxford. A renowned Italianist, he is the author of more than two dozen books on Mussolini, fascism, and Italy’s twentieth-century experience. He lives in Oxford, UK. 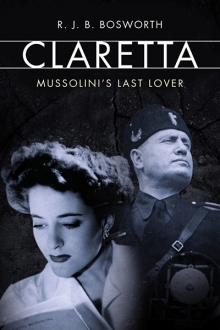