I’m a natural history artist, and try to draw and paint from living animals whenever possible. Some of what I do in the field might turn out to be finished art, and some of it will become raw material for studio works. But making the art is only one part of field sketching. A lot of the fun comes from watching what the animals are doing.

In 2008 and again in 2011 I was artist-in-residence and Bullard Fellow at Harvard Forest in central Massachusetts. I drew in the woods everyday, craning my neck to sketch warblers high in the treetops or drawing ferns in old foundations. I shared the forest with goshawks and fishers, and lots of mosquitos and blackflies.

1) Bobolinks are fun to draw- they aren’t too shy, and they repeat their sky dance over and over, showing off and singing their crazy hearts out. If you’re trying to sketch them in action, they perform the routine over and over until you get it. I sketched them displaying in a stone-walled hayfield, just as Thoreau might have seen them. He beautifully captured their song:

2) The cedar waxwings that breed in New England spend winter in the warmer states to the south, where I’m from. In Harvard Forest a waxwing couple coordinated their nesting with New England summer fruit season: blueberries, strawberries, raspberries, black cherries, and bright red honeysuckle. The waxwings built a large messy cup in an overhanging maple; the young practiced their hovering skills over the blueberry patch, where they dropped down to feed. Back in Oklahoma our holly lured waxwings to fatten up on its berries. I took advantage of the waxwing’s gluttony and the leafless state of the surrounding trees to pull a chair to the edge of the porch and sketch them perched in digestive repose. They looked sleepy with heads tilted and eyes glazed over, stupefied with gluttony.

3) Paper wasps (Polistes) are aggressive and love to build their colonies near people. I know their stings from experience. So I drew this colony through a field scope set about fifteen feet away, which, even so, seemed to put them right in my face. The wasps were adding to last year’s nest under our eaves. They chewed wood pulp, bumped into each other, buzzed their wings, and crawled in and out of the cells. When one dropped off the comb and flew in my direction, I flinched.

Paper wasps spook me. Not just because they sting and can be short-tempered, but because of the way they watch: they turn their heads and fix their eyes on you like tiny uncanny aliens. I had to work through the heebie-jeebies, but by the time I was done, the wasps were more fascinating than fearsome, and no one got stung.

4) Tall, drowned trees stand like masts in a broad pond at Mass Audubon’s Wachusett Meadow Wildlife Sanctuary, which is not very far from Concord. The rookery sprawls out across the tree tops, and breeding season was well underway when I went out there to do some sketching. Herons carried sticks to their nests, and a few were already incubating. The preening birds made wonderful models, contorting into angles and curves. I drew them through a scope, and afterward painted the dead tree trunks in the water.

5) Like most people who grew up in the city, I love farm animals. I also love county fairs and horse shows, so I take my sketchbook whenever I can get to one. I drew a Red Devon ox named Henry at Sturbridge Village who walked circles around a cider mill and turned apples into cider mush. At the Belchertown Fair I sketched a huge white Chianina named Craig waiting for his turn at the oxen pull. I was really smitten with their dewy-eyed patience and sturdy handsomeness. The owners who gave them those friendly names spoke long and enthusiastically about their oxen. They clearly loved them too.

Debby Kaspari paints wildlife and landscapes both plein air and in the studio. She travels widely to observe and sketch from nature, often alongside scientists at field stations from the Amazon to Andalusia. In 2011 she was the first artist awarded Harvard’s Bullard Fellowship in Ecology, spending her eight-month residency drawing colonial ruins and wildlife in the rebounding New England forest. Her blog is Drawing the Motmot. 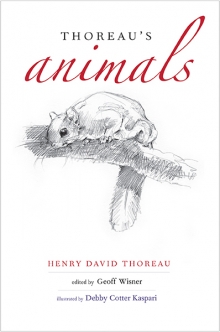