“White House DC” by agnosticpreacherskid, licensed for use on Wikimedia Commons.

Re: Tax Plan—Changing the time frame of the capital gains tax to encourage long-term growth, while providing tax relief to those who need it.

From: Jon Lukomnik, author, What They Do With Your Money: How the Financial System Fails Us and How to Fix It

May I suggest adding to your tax reform plan a third dimension beyond the rate of tax and the breadth of the tax base that you should consider: time. By reorienting what is considered short- or long-term for capital gain purposes, along with a slight modification to what capital gains and losses can be considered for tax purposes, you could create a revenue-neutral yet pro-growth tax change. At the same time, you would create a disincentive to the “short-termism” that business leaders and academicians complain has become endemic to American capitalism. That would encourage the type of long-term investment you desire to create jobs and sustainable economic activity.

So why not tax capital gains on a sliding scale? A capital gains rate could begin to apply at a year, but be phased in depending on how long the asset has been owned, rather than have all benefits kick in at the one-year mark. Creating a scale beginning at the ordinary tax rate and ending five or ten years later at the capital gains rate would encourage longer-term investing.  There are two main objections to such a plan. First, it adds complexity.  But the amount of complexity it adds is minimal. Saying you get 20% of the long-term rate for 1-2 years, 40% for 2-3 years, 60% for 3-4 years, 80% for 4-5 years and the full benefit after five years is simple compared to the rest of the tax code.

The second objection—that some would see that as a tax increase and you have pledged to lower taxes—is also easily overcome.  First, depending on the time-line and rate schedule, such a capital gains framework alone could be revenue neutral, revenue negative, or revenue positive. But we suggest a different fix, one that also would spur growth: Change the rules around what is an allowable deduction for capital losses. Long-term capital losses can only offset $3,000 of ordinary income. Why? After all, there is no limit on the taxes levied on capital gains. Allowing a more fulsome dedication for long-term capital gains would incent investors to redeploy non-productive capital into more productive purposes. Second, start allowing capital losses on your home. Currently, if you have an investment property and lose money when you sell it, you can deduct that capital loss. But if you lose money on your home, that loss is not deductible. Why? For most working-class people, their homes are their largest assets. The idea that investors can deduct losses on a house if they rent the house to someone, but that a homeowner can’t deduct losses on the house they live in seems unfair.  Making losses on primary residences deductible also means that the tax code would provide some automatic relief to working class families whose mortgages are under water.

So there you have it: two changes to the capital gains tax code to both make it fairer and to encourage growth. Change the time dimension of what constitutes a capital gain, and increase the tax base of what constitutes a capital loss. Done correctly, that would be revenue neutral, encourage redeployment of non-productive investment capital, and provide some relief for suffering working-class homeowners. 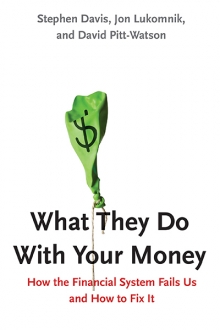