Since the end of the civil rights period, circa 1972, the problem of racial inequality in the United States has largely been defined as a socioeconomic problem. Racial disparity in education, housing jobs, and income is seen as the primary indicator of racial inequality faced by African Americans, or blacks, in particular.

Although there is little disagreement in identifying the race problem today, there is major disagreement in understanding what sustains the problem long after the end of the Jim Crow, government-sanctioned or -mandated racial discrimination and segregation. Unfortunately, this disagreement breaks along political lines. Progressives argue that the race problem, again defined as a socioeconomic problem, is sustained by racism, both individual and institutional. Not enough has been done to redress the repercussions of racism; ergo, racism still matters. Conservatives, having moved from opposition to federally enforced civil rights during the days of Martin Luther King, Jr. to overt annexation of civil rights norms—integration and especially colorblindness—argue that we have gone as far as we can with external measures. Enormous effort has been made by the government and private institutions to affirm and achieve civil rights for blacks. Any debilitating racial inequality that remains today is sustained by bad behaviors and values within black society; ergo, racism no longer matters.

A more contemplative study of black inequality in today’s society reveals a more complex problem than either the progressive or conservative versions. More than a socioeconomic problem, more than a problem that largely affects poor blacks, more than racism, more than a supposedly dysfunctional class of blacks, the problem of black inequality is best described as a three-headed hydra consisting of a socioeconomic, socio-legal, and socio-cultural race problem, with the latter two manifested largely as racial subordination.

“Racial subordination,” a term which has been under-deployed by other scholars, is defined here as the act of impeding or freezing racial progress for the sake of pursuing an important, nonracist interest. Thus, the race problem in law is due less to a racist Supreme Court than to a racially subordinating Court, and the problem in the American culture writ large is manifested as racial subordination as well as racism. Racism and racial inequality are not coextensive. Yet, the subordinator is not off the hook, just on a different hook.

The Supreme Court’s invalidation of a key provision of the Voting Rights Act in deference to a policy of equal sovereignty is an example of racial subordination in the context of law. This exercise of juridical subordination took place despite massive evidence compiled by Congress of ongoing racial discrimination in the covered voting districts. Originalism is another example of juridical subordination. Made famous by the late Supreme Court Justice Antonin Scalia and affirmed by the Court’s newest member, Justice Neil Gorsuch, originalism favors the “Dead Constitution,” which is constitutional meaning frozen in time—to wit, 1791 or the time of ratification for amendments after the Bill of Rights. Originalism insults blacks with its fealty to constitutional meaning taken from a timeframe in which blacks were enslaved, commonly regarded “as beings of an inferior order,” to quote the Supreme Court in 1856, or, at best, deemed to be second-class citizens. Yes, law must be stable, but it must not standstill. Given our current commitments to diversity and racial democracy, it is more than a little nutty to worship a judicial theory—a theory that enthusiastically cheers for the dead to bury the living, to borrow from Nietzsche—in which blacks are the unheard and unseen.

An example of racial subordination in the socio-cultural context—cultural subordination—is the very legitimate, very important cultural preference for minimalism. The normative assumption or belief within the American mainstream culture for less intrusive government expresses cultural subordination (not necessarily racism) when it trumps the very legitimate, very important African American cultural preference for an active government that seeks to root out age-old racism. Racism not only denies blacks worldly success and human dignity, it can also kill. Unlike even wealthy African Americans, Donald Trump has never had to give his sons “the talk”: “It’s unlikely but possible that you could get killed today. Or any day. I’m sorry, but that’s the truth. Black maleness is a potentially fatal condition.”

Cultural subordination was also at work when, in 2014, Mark Cuban, the billionaire owner of the NBA Dallas Mavericks, made it clear that he could not vote Donald Sterling, the billionaire owner of the NBA LA Clippers, out of the league for expressing racist views in private. Although Cuban supported black causes and abhorred what he publicly described as Sterling’s racism, Cuban felt that protecting private property and the right to privacy was more important than fighting racism. There is a clear distinction with a real difference between Sterling and Cuban: Sterling is a racist; Cuban is a subordinator. It behooves both progressives and conservatives to keep this distinction in mind.

Moving the discussion about race from discrimination discourse to subordination discourse and focusing on law and culture deepens our understanding of a problem that has preoccupied the hearts and minds of scholars, pundits, policy-makers, and other concerned Americans since the end of the civil rights movement. The solution to the problem lies in understanding—before we judge we must first understand—and in good social policy harvested on common ground. But in the end, the success of any prescription for the race problem will depend on our ability to engage each other with concern rather than fear—concern for what is right for others right in front of us.

Roy L. Brooks is Warren Distinguished Professor of Law at the University of San Diego and the author of many books and articles on race, human rights, and law. 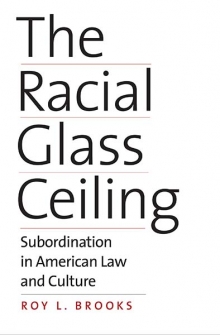