Dorothy Day (1897–1980) was deeply shaped by the economic and political upheavals of the 1930s and 1940s. Early in her career, she worked as a journalist in New York City, participating in the radical political and cultural experiments centered in Greenwich Village. Then, in 1926, the year her daughter Tamar was born, Day began a spiritual transformation that culminated in her joining the Catholic Church, to the astonishment of her radical friends.

Day and the French mystic Peter Maurin began the Catholic Worker Movement in 1933. Sometimes described as an experiment in Christian anarchism, this venture combined Day’s talent for journalism, her left-wing politics, and her newfound faith commitment. The Catholic Worker’s most visible attributes were its eponymous newspaper and its Houses of Hospitality, decentralized sites of communal living and poverty relief established around the country during the Depression decade.

The confident tone of this 1940 selection from Day’s newspaper belies the rift that the Second World War would create within the movement. Although Catholic Workers had preached peace since their earliest days, they were deeply divided after Pearl Harbor. Day exercised considerable authority over the group, despite its anarchist ethos, and she insisted that the Catholic Worker Movement maintain its pacifism. In response, many Houses of Hospitality closed down as nonpacifist members dropped out.

The Catholic Worker recovered after the war to form a vanguard of antinuclear protest and opposition to the Vietnam War, inspiring such figures as the radical priests Daniel and Philip Berrigan. In the 1960s, the “personalist” theology of Day and Maurin appealed as well to many non-Catholic members of the New Left and the counterculture who sought alternatives to the bureaucratic soullessness of big business and big government. Recently, Dorothy Day has been claimed by libertarians on the right, socialists on the left, and many others in between. She is also being considered for canonization as a Catholic saint.

Dorothy Day, “Wars Are Caused by Man’s Loss of His Faith in Man”

NON-VIOLENT RESISTANCE IS PATH TO PEACE

They are fighting for freedom in England, they say, but men have already lost their freedom.

We must prepare to fight for freedom here in America, they say, but we have lost our freedom here. People have come to accept the idea that we are a nation of industrial slaves, creatures of the State which doles out relief and jobs, and which is now going to seize the young and the strong for defense.

The leaders of thought have failed the people because they have lost touch with the common man. They have lived in ivory towers; they have made themselves gross and comfortable. They have sacrificed their integrity for a mess of pottage. They have trusted to mass movements and mass responses, and have not appealed to personalist response. They have trusted to words, ideas,—they have not gone to the worker as Pope Pius XI appealed; they have not led by example. Or in those cases where they have gone to the workers they have been discouraged at finding the same vices and greed and dishonesty among the poor, and, looking for quick results, have become discouraged and aloof.

And war has come upon the world, and they have turned everywhere to the use of force, compulsion, denying freedom.

THESE THINGS WE ARE TO DO

But all times are troublous times, as one Saint has said. So what then are we to do in the midst of this disorder?

First to remember, the first duty of man, to know God, to love Him, to serve Him in our neighbor. To see all men as our brothers, to see Christ in all men, in our enemy and in our friend. If we do not see them so, we can not love them. We must overcome any sense of futility or hopelessness, for that is the beginning of despair. “Hope is the most sinned against of all virtues.”

If we love our fellows, we have faith in them. But the loss of faith in men is epitomized now by the war spirit throughout the world, the belief that only force can overcome force. That only by war can we retain freedom and escape from the slavery of the totalitarian States. That men are not strong enough spiritually to use good means, so they are compelled to use evil means.

“Blackfriars” in its leading editorial this month states: “Whether man likes it or not, his nature is such that he cannot but possess freedom of will. Even the totalitarian powers cannot crush this. Even though they impose the strongest pressure to compel their subjects to act in a certain way, the will can always refuse its assent to the Government’s decree. If assent is refused, of course the subject must be prepared to face the penalty, and, as this is usually of the gravest kind, there are very few who are prepared to exercise their will in a manner contrary to the command of the State.”

LIFE CAN FLOWER BEHIND BARS

This seems to me to indicate plainly the loss of faith in man. Dostoievsky has said in several of his books (and Father Pierre Charles has quoted it in “Prayers for Our Times”) that it is possible for a man to lead a perfect life even in jail.

There is a book about the last war which tells of a Belgian in a concentration camp who retains his integrity, who is not debased, who leads a life of high virtue, all during the war. Then he is released, to a land filled with war profiteers. Even the humblest of villagers has been contaminated by dishonesty and vice, the fruits of war. They have fared worse outside of jail than he has within. Pius XII has written, “There is nothing to be gained by war, everything to be lost.”

We live with the poor, the destitute. Every day, here, 1,200 men and women come to our doors for food. In all our Houses there are probably 15,000 coming to us daily. We bear, all of us, the ugliness, the filth, the humiliations, of poverty. To leave out of account for a moment our good friends who give us too much credit, we wish to call attention only to our opponents, those within our households, as well as without, who heap scorn and bitterness upon us, when we are not able to take care of all their needs, those goods to which they feel themselves entitled; who accuse us of mishandling funds, who speak of us as hypocrites, vainglorious, liars and deceivers.

IF WE DWELT ON THIS PICTURE

We see the worst of the poor, as we see the worst of the rich. We see idleness in a generation which has been brought up in idleness. We see drunkenness and vice in their worst forms. If we dwelt on this dark picture we should lose hope; we would dream of an authoritarian State to bring man out of this Egypt in which he has dwelt so long.

But we cannot lose hope, just as we cannot lose faith in the teaching and examples of Jesus Christ. We know that men are but dust, but we know too that they are little less than the angels. We know them to be capable of high heroism, of sacrifice, of endurance. They respond to this call in wartime. But the call is never made to them to oppose violence with non-resistance, a strengthening of the will, an increase in love and faith.

We make this call, and we feel we have a right to make this call by the very circumstances of our lives. We know the sufferings which people are already able to endure; we know their capacity for suffering as the comfortable, those in high places, can never know it. We know it in the response which The Catholic Worker has met with throughout the land. We know it in the response of those very poor upon our breadlines who are helping us in carrying on the work all over the country.

THE OPPRESSOR SHALL FAIL

Joseph Kip Kosek is the author of Acts of Conscience: Christian Nonviolence and Modern American Democracy. He is associate professor of American studies at George Washington University and lives in Falls Church, VA. 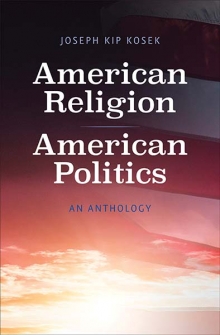