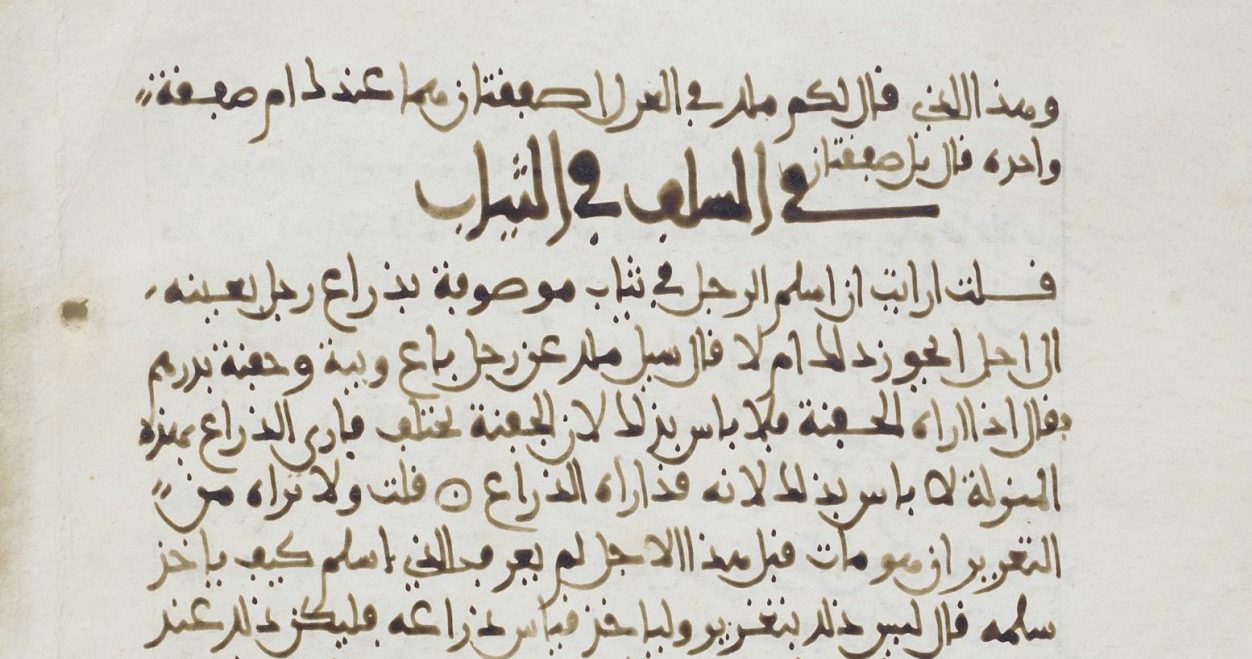 "Page from a Manuscript on Islamic Law" from the Madina Collection of Islamic Art, available in the public domain at Wikimedia Commons.

The great western scholar of Islamic law, the late Joseph Schacht, famously characterized Islamic law as a “jurist’s law,” by which he meant to draw scholarly attention to the central role that scholars of the law—the fuqahāʾ (s. faqīh)—played in the formulation of Islamic law in contrast to the marginal role that he believed state actors played in this process. Indeed, much scholarship on Islamic law in English is based on the premise that Islamic law, far from being a product of the state, was developed in opposition to it. While there are elements of truth to this description of Islamic law, it risks giving the impression that law and politics were disconnected in the historical Islamic world, with Islamic law existing in a kind of “pure” realm of scholarship, disconnected from social reality, and the Muslim practice of politics disconnected from the moral ideals set out in Islamic law. The historical reality of Islamic law and Muslim politics was of course much more complex, and cannot be reduced to a simplistic binary of law versus politics: each influenced the other in a complex historical dialectic that legal historians of Islamic law are only now beginning to explore systematically.

One lens through which one might think of how the ideals of Islamic law interacted with the quotidian realities of Muslim social life, including, the political, is through Muslim courts. Muslim courts represented a site where the ideal norms of the law confronted the messiness of daily practice, both trying to shape that practice in accordance with Islamic normative ideals, and being shaped by those practices as social realities required scholars to revise and reformulate their ideal doctrines in light of changing social experience.

From this perspective, it is interesting to think of Islamic law as it had developed by the late middle ages (thirteenth century of the Common Era) in the Middle East as representing a kind of common law. At first blush, one might dismiss such a comparison for several reasons: Islamic law from this period, for example, did not recognize the doctrine of judicial precedent, nor did it accord judges general law-making powers. On the other hand, Islamic law in the thirteenth century bears important resemblances to what we now call the Common Law insofar as it was, in a literal sense, a “common law”—insofar as it applied to all individuals, without distinction, that came under its jurisdiction. Like the English common law, and in contrast to the civil law, Islamic law in the late middle ages was characterized by a diverse set of decentralized institutions, and preferred to take a case-by-case approach to the solution of legal problems rather than adopt universal lawmaking through statute.

Even judicial precedent and judge-made general law are not without their analogues in late medieval Islamic law: just as the Common Law, prior to the rise of legal realism, was more concerned with establishing a line of precedent, so too, authoritative legal doctrine was constructed not by tracing it to a particular figure as such, but by identifying a particular legal rule or doctrine as consistent with a long-line of legal decision-making. Accordingly, it is not unusual to find Muslim jurists from this period using phrases such as “what judicial practice has settled on (mā astaqarra ʿalayhi al-ʿamal),” to identify which legal opinion among the numerous potential opinions suggested by legal scholars over the centuries was the opinion used by courts.  Likewise, with respect to the articulation of generally applicable legal norms, jurists used phrases such as “the well-attested opinion (al-mashhūr)” to identify which historical opinion of the scholars represented the general rule that was deemed to govern specific behaviors and transactions of relationships.

While judges were expected to rule, in the ordinary case, based on the well-attested opinion, they could depart from it, in consultation with more senior jurists, and fashion a new rule when circumstances justified a departure from the well-attested opinion. In this way, the case-by-case decision-making of the medieval Muslim judge (al-qāḍī) was constituted, simultaneously, by the normative domain of the abstract rules of law that were indeed the exclusive domain of Schacht’s legal expert (al-muftī), and by the empirical evidence brought to the judge’s attention by the parties which caused the judge to consult the mufti whenever the judge believed factual circumstances called into question the applicability of the abstract rule to the particular dispute before him.

The particularity of a judge’s decision, in turn, meant that it enjoyed a kind of finality that all had to respect which the abstract nature of a legal rule, prior to its being vindicated in a lawsuit, only presumptively enjoyed. Accordingly, while individuals were free to disregard a mufti’s answer with respect to the legality of a certain course of action if they disagreed with the mufti, no one was entitled to defy a final judicial decision, even if one disagreed in good faith with the judge’s legal reasoning.

Finally, Islamic law in the late middle ages was also similar to the Common Law with respect to the judge’s role in trying cases: like the Common Law judge, the Muslim qadi is understood to be a passive actor, only hearing cases when they are brought to him, and ruling based only on the admissible evidence the parties are able to produce in support of their respective claims. Unlike a civil law judge, who can act as an independent investigator of the facts, the Muslim qadi can rule only on the basis of the parties’ own evidence, not his own independent knowledge of the case.

Mohammad Fadel is associate professor and Canada Research Chair for the Law and Economics of Islamic Law at the University of Toronto. He lives in Toronto, ON. 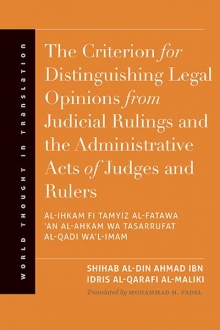