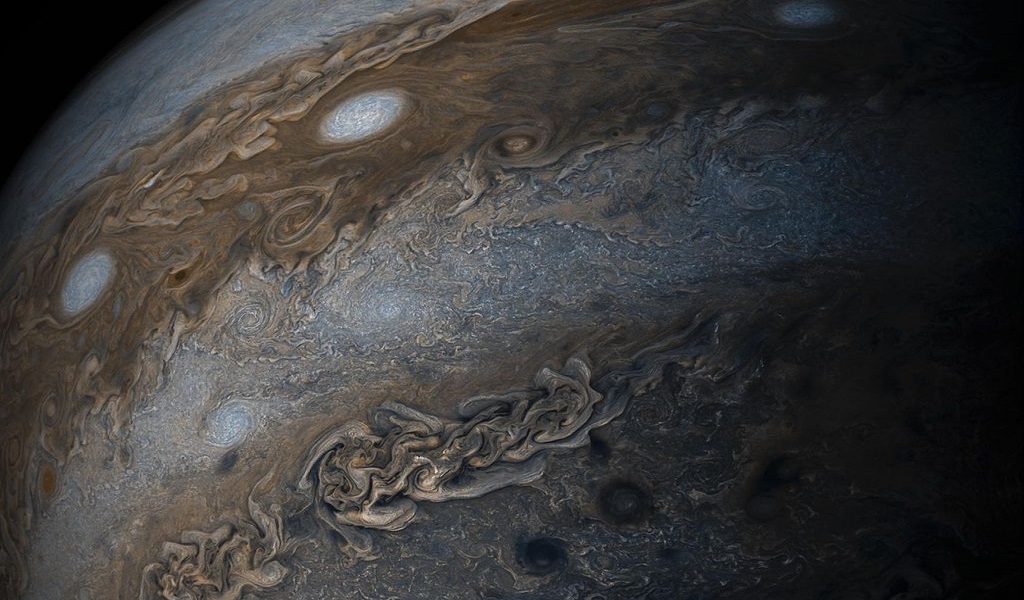 Galileo entered Jupiter orbit on December 8, 1989, just one day after the drama and revelations of the descent probe. Although Galileo was a Jupiter orbiter, the proximity of Io, Europa, Ganymede, and Callisto offered the opportunity for multiple flybys of the Galilean satellites. During its eight-year mission to Jupiter, Galileo completed thirty-five orbits of the planet and encountered Europa eleven times (which in hindsight seems a small number given the amount we learned). Perhaps the most important of Galileo’s suite of instruments was its magnetometer—two sets of three detectors strung out on an eleven-meter boom to isolate it from the latent magnetic field of the craft itself It was designed to probe Jupiter’s vast magnetic field—second only to the sun’s—which is whipped up within its vast conducting core of liquid metallic hydrogen.

What no one expected was that Jupiter’s magnetic field would in turn create (the more correct term is “induce”) magnetic fields within the Galilean satellites themselves. Most surprising of all was Europa. Though Europa is relatively large for a moon—slightly larger than Earth’s moon—any heat left over from its formation should have long since cooled, leaving a solid, rocky core. What Galileo discovered was both unexpected and elegant in equal measure—Europa possesses a weak magnetic field. The fact that it is induced by Jupiter and is not intrinsic to Europa itself is obvious when you consider the following three facts: Europa’s magnetic field rotates once every eleven hours; Europa itself rotates once every 3.55 days; Jupiter rotates once every eleven hours. Jupiter was clearly the driving power behind Europa’s magnetic field. To induce a magnetic field in a moon such as Europa requires the presence of a lunar-wide conductor. In the case of planets, the ability to conduct electrons is provided by some form of liquid-metal core. But what could be the conductor on Europa, which is so receptive to the Jovian magnetic field? It turned out to be liquid water.

The smooth outer shell of Europa was the first clue that made scientists consider whether unseen reserves of liquid water might play an important role in the surface geology. Galileo’s magnetometer measurements allowed scientists an unprecedented view beneath the icy crust and revealed the presence of a lunar-wide ocean some one hundred kilometers deep! Even further, scientists knew that pure water would be a relatively poor conductor of electricity and that the ocean must be salty at some level to produce the observed magnetic field. Just how salty the ocean might be depends on the type of minerals that are considered. But there is good reason to believe that the Europan ocean is just as salty as Earth’s own, or even more so.

How much liquid water are we talking about on Europa? If the Europan ocean is truly as deep as the Galileo magnetometer measurements suggest, then the total liquid volume is approximately two times as large as that of Earth. It is an astonishing realization that this one moon, a shade smaller than Earth’s moon, contains more liquid water than our entire planet. If any one discovery tells us to sit up and take notice, it is that this ice moon and its cousins in orbit around Jupiter and Saturn quite likely contain the bulk of the liquid water in the solar system.

Before we even begin to comprehend what this might mean for life to exist within these moons, I think you should be allowed the opportunity to call a halt and ask for a big sanity check. We know that the surface of Europa is made of water—we can tell that by observing the clear spectroscopic signature of water absorption in the spectrum of reflected sunlight. However, the average surface temperature of Europa is 110 Kelvin (−160° Celsius) at the equator and a truly frigid 50 Kelvin (−220° Celsius) at the poles. Just what on Europa is allowing liquid water to form—remember that we need a temperature between 273 and 373 Kelvin (0° to 100° Celsius) under “normal” pressure? Where is the energy coming from to produce this heat in the frigid depths of the outer solar system?

From All These Worlds Are Yours: The Scientific Search for Alien Life by Jon Willis; published by Yale University Press in 2016. Reproduced by permission.

An active researcher in the fields of cosmology and the evolution of galaxies, Jon Willis is associate professor of astronomy at the University of Victoria in British Columbia, where he teaches a popular course on astrobiology. 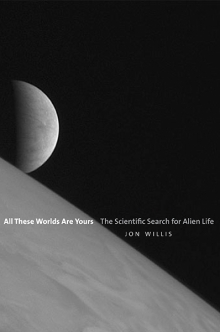 Featured Image: “Jupiter’s Band of Clouds” by NASA/JPL-Caltech/SwRI/MSSS/Gerald Eichstädt/Seán Doran, licensed for use on the public domain by the National Aeronautics and Space Administration.