From its very first days, the Trump administration and its supporters have sought to justify certain statements, proposals, and actions (and indeed to assert Trump’s popularity) by issuing lies or falsehoods labeled “alternative facts.” The term was first offered, and then defended, by Trump Counselor Kellyanne Conway, in reference to Press Secretary Sean Spicer’s citation of false inauguration-attendance statistics. Meanwhile, Trump himself also began applying the phrase “fake news”—first employed by others to denote fabricated click-bait stories smearing Hilary Clinton—to discredit authentic news reports that he found unflattering.

These remarks, and others like them, amount to a shocking move in public discourse—not simply the ancient political tactic of uttering untruths but also the deliberate effort to upend the very categories of fact and falsehood. Segments of the American public became alarmed. George Orwell’s novel 1984—about a dystopia built on the continual discrediting of empirical truth—shot to the number one position on Amazon’s bestseller list.

Novel as they seem, the Trump administration’s efforts—and their viability with a large segment of the American population—did not come from nowhere. Such developments merely represent a new chapter in modern civilization’s long and rather complicated love affair with facts.

My new book, The Recording Machine: Art and Fact during the Cold War, focuses on one important moment in this history—the period around 1968 when many artists declared their art works to be a practice of fact-collecting. (“My pictures … are simply a collection of facts,” one artist declared; “What is good about a picture is … always factual,” wrote another.) The book also traces what I call the Cold War’s broader “culture of facts,” asking what these artists’ work can reveal about an obsession, at the middle of the twentieth century, with all things factual. This was the era of technocracy, in which education was reconceived as “the knowledge industry” and civilization itself re-conceptualized as “the information society.” It was the period when universities nationwide founded statistics departments and when all public decision-making (including, significantly, the waging of the Vietnam War) came to depend on statistical support.

America’s preoccupation with facts during the Cold War was a compensation for the fading legitimacy of more traditional criteria—notions of truth and goodness. And this turn to facts was made, in part, for venerable reasons: the old and abstract human values were badly bound up, the New Left recognized, with white patriarchy.

But the great turn away from truths and toward facts did not happen all at once at midcentury. It has been a long-evolving product of industrial-scientific modernity itself (as excellent books such as Theodore Porter’s Trust in Numbers, Mary Poovey’s A History of the Modern Fact, and Lorraine Daston and Peter Galison’s Objectivity have demonstrated). And it abides: Canadian Prime Minister Justin Trudeau’s well-intentioned denigration of political convictions (“The only ideology that must guide us is evidence: hard, scientific facts and data”) is not so far from the injunctions of Charles Dickens’s parodic character Thomas Gradgrind (“Facts alone are wanted in life”).

While the preoccupation with facts during the Cold War period might seem at first the polar opposite of our own moment, in which some people appear to have forsaken the very idea of facts, the story is not so simple. The Trump administration is set on labeling falsehoods “facts” precisely because they recognize the grip that “facts” have on the American imagination. Indeed our problem may not be too little attachment to facts but rather too little attachment to anything else. To put this differently: we still have plenty of facts, what we lack is a means for making moral judgments based upon them. The phony debate over whether we have conclusive evidence of human-caused climate change—we do—is a screen to distract from the obvious, sensible, moral, and true (if never exactly factual) imperative that we must be doing much, much more to combat it.

We do need a White House that is responsible to (real) facts. But facts alone, even when yoked to science, cannot correct the direction of American political discourse. Facts without reference to deeper truths are, as the Trump administration has cannily realized, no guidance at all.

Joshua Shannon is associate professor of contemporary art history and theory at the University of Maryland. 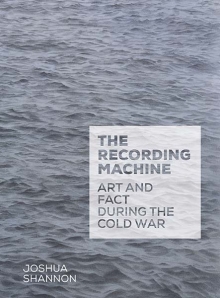