The New York Times recently reported on a young Swede who had “infiltrated” the alt-right, “My Year Inside the International Alt-Right”. Apart from sophomoric writing (“Jorjani talks for hours, displaying a remarkable arrogance coupled with a tiring self-pity. He’s a remarkably extreme character”) and the exaggerated claim (“International,” read: Britain and the US), the problem lies with the fallacy of the claim and the implications of this fallacy. The avowed purpose of Patrik Hermansson’s journey into the depths of alt-right extremists was to expose their secrets.

However, infiltration means intelligence gathering of that which cannot be obtained otherwise. Infiltration aims at exfiltration of what has been filtered away from public knowledge. Fact is, the alt-right hides nothing and nothing that Mr. Hermansson has exposed is a secret. In their agile use of the Internet and the Web2.0 alt-right movements have understood the paradox of electronic propaganda: Do not hide what matters. The fast and polymorphous expansion of the alt-right is due to this: Practice what “facebookism” has made so popular, talk, write, show, co-opt, make friends – and let opponents react so as to best identify them. There is nothing one needs to know about the alt-right that is not on the web. Openness is a key to its success – down to washing dirty laundry in public. Secrecy is not the name of their game, no longer what it used to be. (Subjectivity under surveillance: rhetoric redux)

By contrast, the Antifa movement is notoriously secretive and belongs to a Trotskyite retro-style mobilization – using pre-Internet age mindset and operations. The alt-right belongs to a post-modern strategy of recruitment similar to that put in place by the Islamic State’s hugely successful propaganda. If one wants real infiltration, infiltrate those who practice secrecy, in this case, the Antifa.

The implication of this fallacy is worse: it is self-defeating for the purpose set by the organization, Hope No Hate behind Mr. Hermansson’s well-meaning “infiltration:” key sites such as Stormfront have been closed, and with it, a door onto the nebulous and ever-changing world of alt-right has been shut closed. Those sites were live informants, Open Intel. Their voices are now under the radar. This so-called infiltration has produced no new information and has forced underground what was in the open. Now is the time for a real infiltration of the alt-right, but the cover is blown, the story is out, the track is cold.

All this illustrates the fact that one cannot think about ideology in the Internet age with intellectual tools that pre-date it. Today, ideologues who are on a revolutionary path (be it the Islamic State or the alt-right) do not convene in smoke-filled backrooms and pass samizdats in dead letter-boxes: they practice “facebookism” discourse, prolix openness, declamatory self-exhibition not because they like it, but because that is what their intended, Millennial audience now considers as normal communication. Words warfare in the cyber age operates in a different, new world because audiences’ expectations are not for secrecy, closed books, decipherment, triage between those who know and those who are told, and hushed voices. These new audiences want direct interaction. Open access secrets, if you wish. Open operating procedures. Open book. 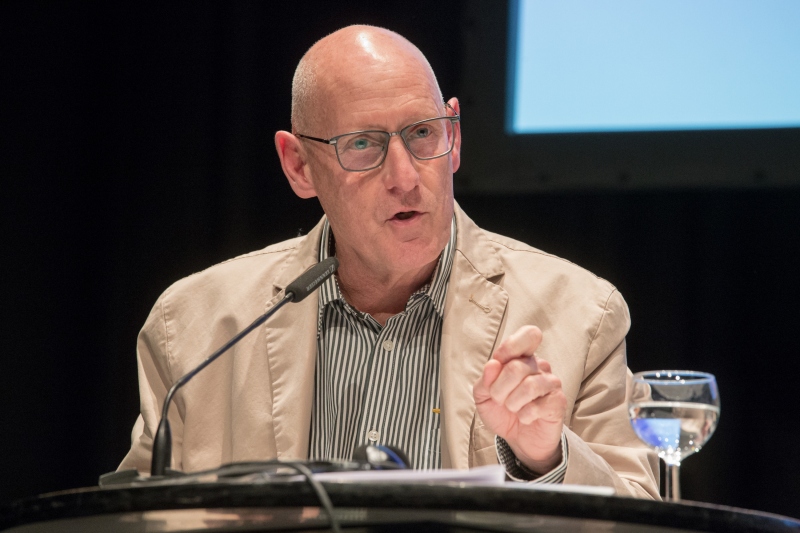 Philippe-Joseph Salazar is Distinguished Professor of Rhetoric in the Faculty of Law at the University of Cape Town and past Director in Rhetoric andDemocracy at the Collège International de Philosophie in Paris. In 2008 he received the Harry Oppenheimer Fellowship Award, the top prize for research on the African continent. In 2015 he received the Prix Bristol des Lumières for the French edition of this book. Dorna Khazeni was a finalist for the PEN USA Translation Award. She has published her translations from French in Vanity Fair, Harper’s, Zoetrope AllStory, The Believer, and elsewhere. 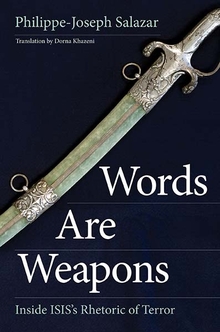 Charlottesville “Unite the Right” Rally by Anthony Crider via Flickr