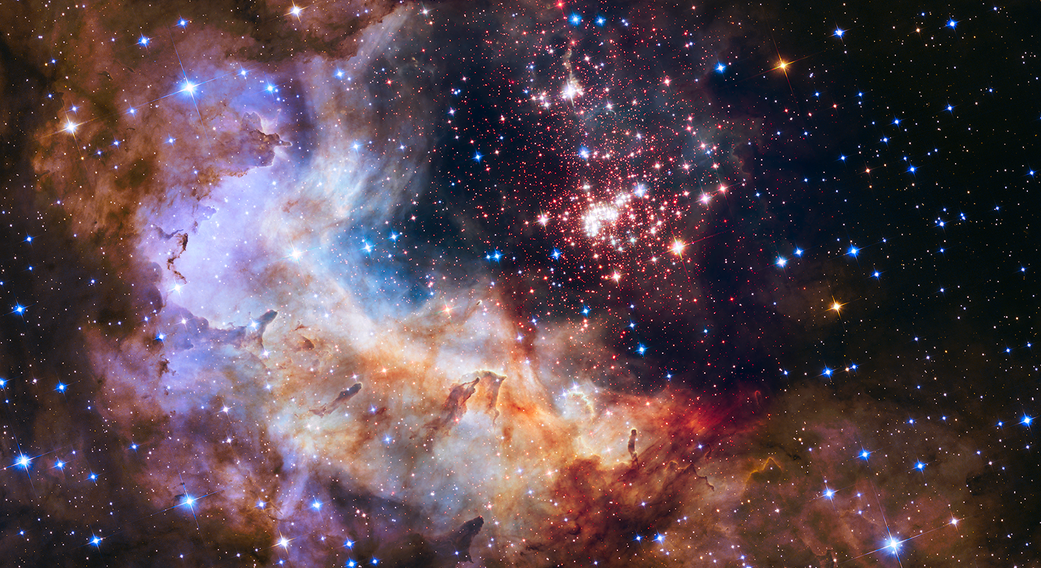 The Universe began. The origin of everything we see about us – stars, planets, galaxies, people – can be traced back to a definite moment in time, 13.8 billion years ago. The ‘ultimate’ question that baffled philosophers, theologians and scientists for millennia has been answered in our lifetime. It has taken almost exactly half a century, starting in the mid-1960s with the discovery of the cosmic microwave background radiation,1 for the idea of a Universe of finite age to go from being a plausible hypothesis – but no more plausible than the idea of an eternal, infinite Universe – to being established as fact. The age of the Universe has been measured with exquisite precision using data from space observatories such as Planck. But accounts of this scientific triumph often overlook the fact that there is a second leg to the journey. The existence of this second leg is what makes the discovery of the beginning so compelling.

The most important thing we know in science is that our theory of the very small – quantum theory – agrees precisely with our theory of the very large – cosmology, aka the general theory of relativity. This is in spite of the fact that the two theories were developed entirely independently and that nobody has been able to unify these two great theories into one package, quantum gravity. But the fact that they separately give the ‘right’ answers to the same question tells us that there is something fundamentally correct about the whole of physics and, indeed, the whole scientific enterprise. It works.

What is that profound question? How do we know they agree? Because the age of the Universe calculated by cosmologists, 13.8 billion years, is just a tiny bit older than the ages of the stars it contains, as calculated by astrophysicists. This is such a profound insight that it ought to be shouted from the rooftops; instead, it is taken for granted. I intend to redress the balance.

Recent events have highlighted the way in which the significance of this agreement has slipped under the radar. I was provoked into writing this book when, in the spring of 2013, data from the Planck satellite made headlines. The story trumpeted by the media was that ‘the Universe is older than we thought’. This caused wry amusement amongst cosmologists. Although true, what the data told us is that the estimated age of the Universe had increased from 13.77 billion years to 13.82 billion years, an increase of less than half of one per cent (later revised down to 13.80 billion years). What is more astonishing about these data is that we know the age of the Universe to such a degree of accuracy. A generation ago (although even then we knew that there had been a beginning), we could only say that the Universe was somewhere between 10 and 20 billion years old. The precision of the new measurement is half of the most important fact – both in physics, which is the focus of this book, as well as in the wider world of thought. The philosophical and religious implications I leave for others to debate.

The ages of the oldest stars show that they are just a little bit younger than the Universe. If that doesn’t sound impressive, imagine how scientists would feel if it were the other way round – if stars were measured as being older than the Universe! It would tell them that at least one of their two most cherished theories, quantum physics and the general theory of relativity, must be wrong.

In fact, we don’t have to imagine how scientists would feel if stars were measured as being older than the Universe. The consensus I have just described has emerged since the end of the Second World War, which coincidentally means that it has emerged precisely during my lifetime and that I was not only a member of one of the teams that measured the age of the Universe but knew personally many of the people involved in this story. When I was a child, astronomers did indeed find that their estimates of the ages of stars came out bigger than their estimate of the age of the Universe. This was one of the underpinnings of the ‘steady-state’ model, which perceived the Universe as infinite in time and space, and essentially unchanging. I will explain how we got from the apparent conflict of the 1940s to the modern consensus, including the significance of the Planck results, and will make the importance of this consensus clear. But I will also set the scene by looking at the ‘prehistory’ of the subjects, cosmology and astrophysics, going back to the 19th century discoveries that pointed the way to an understanding of the nature of stars and the Universe – to the most important fact.

The introduction of 13.8 by John Gribbin published by Yale University Press in 2016. Reproduced with permission.

John Gribbin is a visiting fellow in astronomy at the University of Sussex in the United Kingdom and the author of many best-selling science books. 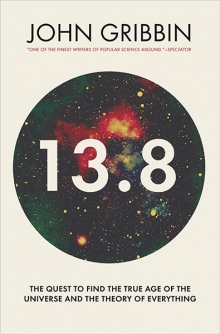