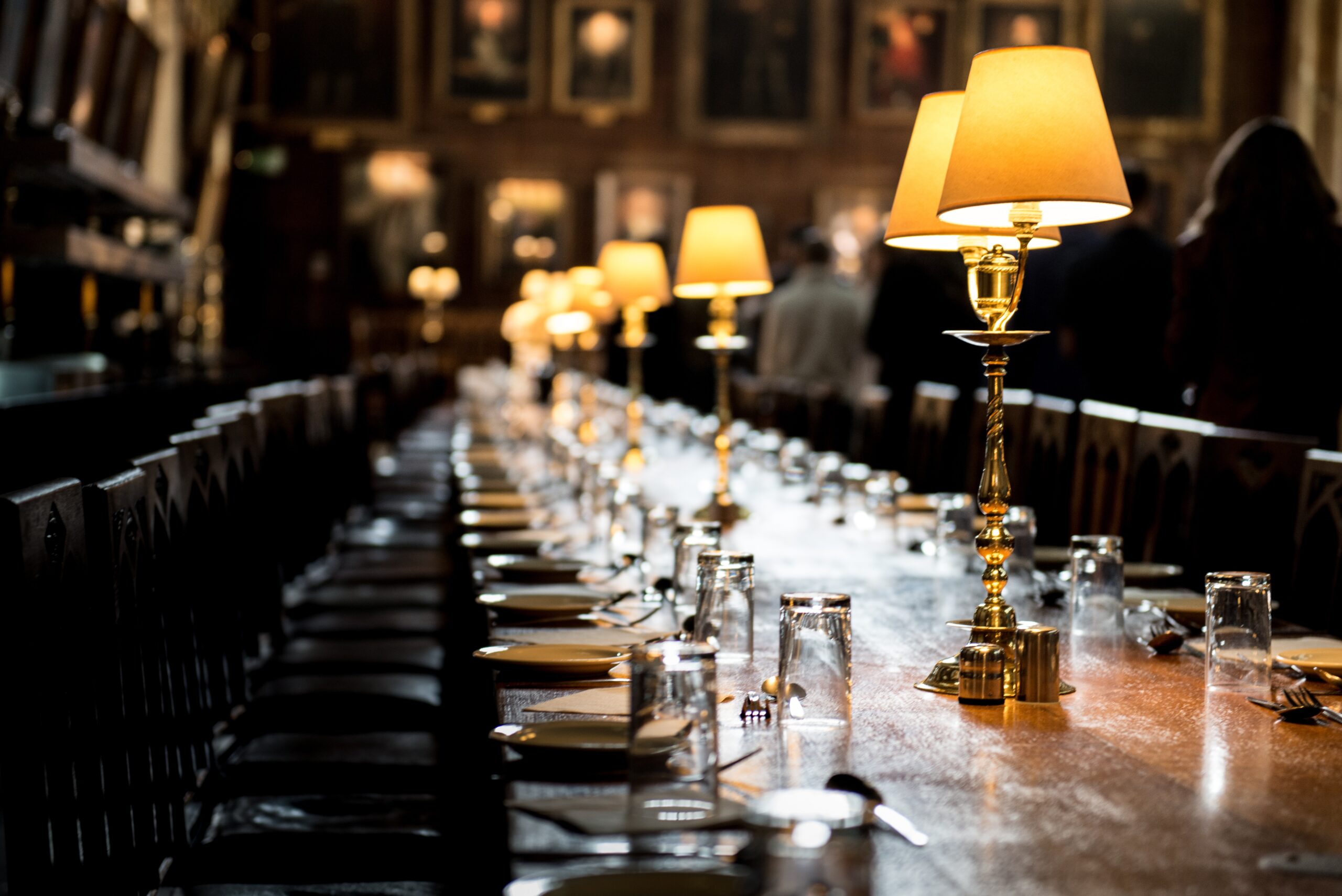 Fifteen months ago, the Salzburg Festival first staged an opera that has just opened at the Metropolitan Opera House in New York:  Thomas Adès’s The Exterminating Angel. Based on Luis Buñuel’s 1962 film of that title, the opera tells the story of a lavish dinner party that goes spectacularly awry when its twelve glittering guests—including a prima donna, a pianist, a duchess, and an idle aristocrat– find themselves trapped in a mansion. They are trapped not by anything so material as the bars of a prison but by their immobility, their mysterious incapacity to leave.  As days pass, they become hungry, dirty, hysterical, and furious with each other, and a pair of young lovers are driven to suicide as their only means of escape.

Beside Buñuel’s film, this captivatingly horrific take on a dinner party recalls some ghastly episodes in the history of literature—going all the way back to Homer’s Odyssey. As noted in my latest book, Hospitality and Treachery in Western Literature (Yale UP, 2014), the first of Odysseus’s adventures on his long trip home from the Trojan War takes place when he and his shipmates become the guests of a Cyclops, a one-eyed giant who lives in a cave and whom Homer presents as their host—in a grotesque parody of  hospitality. Since Odysseus and his shipmates enter the cave and start eating his cheeses while he is away,  the giant is furious to find them there when he returns, rolls a vast boulder against the entrance to block their escape, and then starts eating them two at a time.  The only way the Greeks can escape is not by killing the giant (since they need him alive to move the huge stone) but by getting him drunk one night with their wine,  blinding him with the burning sharpened point of a long pole,  and clinging to the bellies of  his sheep as he lets them out to graze in the morning.

To the best of my knowledge, western literature offers no other example of guests trapped by a cannibalistic host bent on eating them all.  But a Cyclopean moment of sorts occurs near the beginning of John Huston’s 1948 film Key Largo. When a hotel on that key is suddenly taken over by a fugitive gangster named Johnny Rocco,  Rocco tells the owner, his daughter, and their visitor that none of them can leave. “Does this mean we’re your prisoners?” the owner asks angrily.  To which Rocco calmly replies, “Let’s just say you’re my guests.”

But the most fascinating examples of hospitable entrapment blur the line between guests and prisoners by doing precisely what the exterminating angel of Buñuel’s film and Adès’s opera does to the guests in each case: suspending their will to leave. In another Homeric story of hospitality, Odysseus foils the magic of  Circe, who would otherwise have turned him into a beast (as she previously did to many of his men). Nevertheless,  the charms of this enchanting hostess make him forget his journey for one full year– until his men tell him that he must leave at once if he hopes to see his homeland ever again.  Later on, the nymph Calypso proves just as seductive.  Though she welcomes the shipwrecked hero to her island,  cares for him, and gives him clothing, she also makes him her sex slave for seven years—until she finally sets him free to sail off on a raft.

In The Aeneid, Virgil rewrites the Odyssey by making his wandering hero a Trojan prince compelled to leave the burning ruins of his conquered land.   Though destined to reach the shores of Italy and establish there what would eventually become the Roman empire,  Aeneas is erotically detained by Dido, queen of Carthage, until Mercury—messenger of the gods—sternly revives his will to keep on sailing. Like the doomed young lovers of  Ades’s opera,  Dido takes her own life.

A still more telling instance of hospitable entrapment can be found in a celebrated American play of the early sixties.  During the long party dramatized in Edward Albee’s Who’s Afraid of Virginia Woolf?, a party that runs from 2:00 AM to dawn, an older couple named George and Martha furnish endless drinks to their young guests, Nick and Honey, while also raging at each other.  At the same time, the host and hostess gradually turn the younger couple into victims of a game called Get the Guest.  In particular,  George ridicules Honey for her mousiness and phantom pregnancies, and Nick for his witlessness, his latent fascism, and above all for the boozy impotence that aborts his impulse to Hump the Hostess, turning this would-be “stud” into a “houseboy.”  By the time Nick and Honey are pushed out the door as dawn breaks, they have both been nearly exterminated.

In a recent essay on hospitality in Shakespeare’s Winter’s Tale, Julia Lupton contends that “the guest is always a prisoner, not fully able to determine his own departure, fundamentally at the mercy of his host”  (Thinking with Shakespeare [2011] 175).  I wouldn’t go so far as that.  But how many people can honestly say that they’ve never in their lives felt trapped by a hostess or host?  As Luis Buñuel and now Thomas Adès spectacularly reminds us, hospitality—for all its comforts and pleasures– can be dangerous to one’s freedom,  above all to freedom of the will.

James A. W. Heffernan is Professor of English Emeritus at Dartmouth College and founding editor of Review 19, an online review of books on nineteenth-century English and American literature. 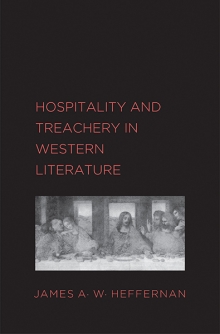