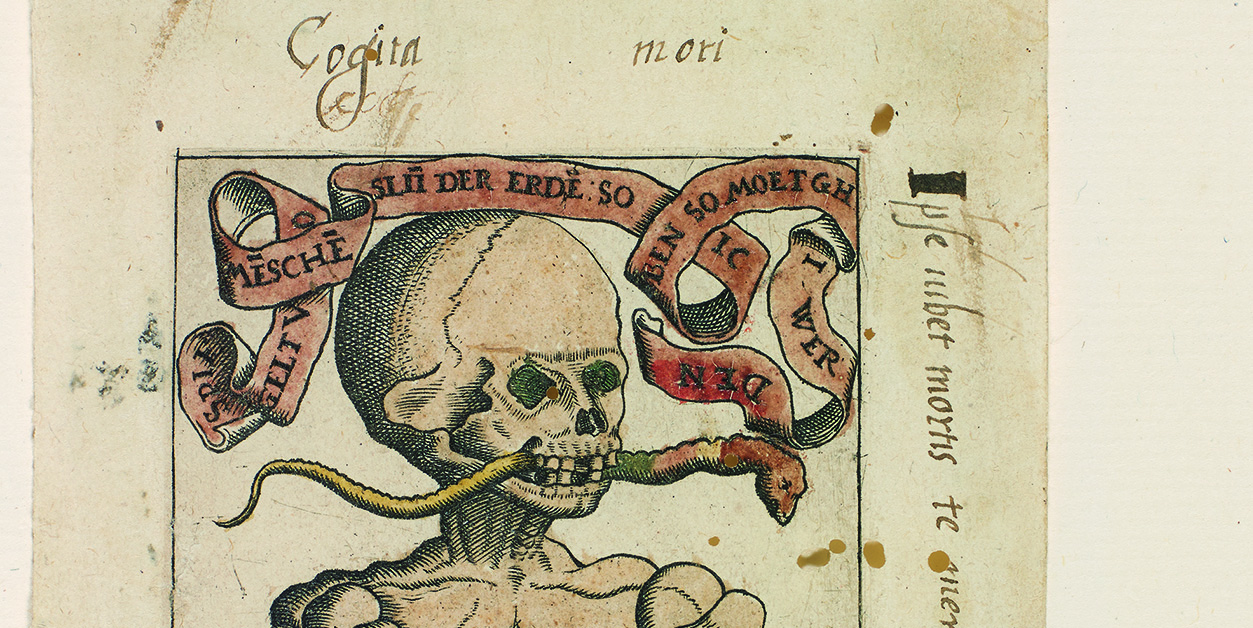 Happy Halloween!  Here’s an illustrated excerpt from the new book, The Ivory Mirror by Stephen Perkinson, which accompanies an outstanding exhibition at the Bowdoin College Art Museum.

…literally translated as “remember [that you are] to die,” a set of words, a picture, or an object that functioned as a memento mori served as a reminder of the ineluctable fact of the reader’s or viewer’s own mortality. One finds examples of imagery carrying some version of that message from many cultures and moments in time. These particular versions of the theme grew out of a long-standing Christian contemptus mundi tradition, which urged individuals to feel scorn for the world and its distracting pleasures, and instead to devote their attention to the fate of their souls. But artists drew upon the memento mori theme particularly frequently in northern Europe during the period spanning the fifteenth and sixteenth centuries. In the years around 1500, this theme relied on a relatively narrow set of images and motifs that sought to remind readers and viewers of the transitory nature of life on earth and of the inevitability of death and bodily decay. 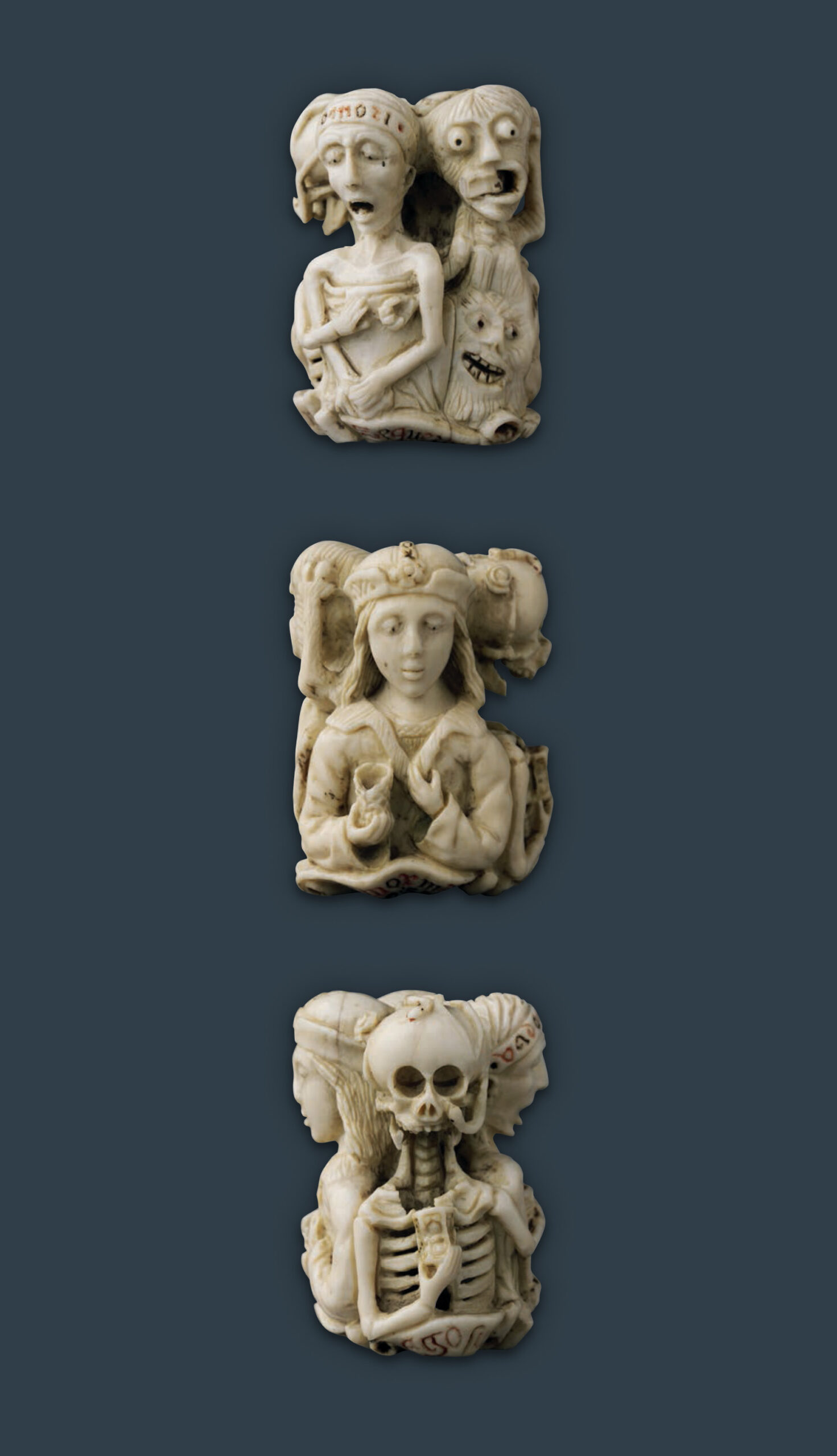 This masterpiece of minute ivory carving exemplifies these themes perfectly. The piece is pierced for suspension, but its scale makes it most likely that it served as a pendant rather than as part of a long strand of similarly sized pieces; it is close in size to the larger pendants that hang at the end of a strand of prayer beads. Like prayer beads, this piece invited manipulation by its owner; in this case, however, inscriptions in Latin augment its message. When set in motion, it tells a simple but dire tale. A beardless young man touches his left hand to his chest, perhaps to enjoy the feel of his fur-lined robe. In his right hand he holds an ornate goblet, perhaps one of the highly desirable mold-blown pieces produced for export in Venice. On his head, he wears a hat with upturned earflaps — high fashion in around 1520, the date at which this piece was most likely carved. One of the brims displays a single letter: W, perhaps a curt abbreviation of aujourd’wi (modern hui) or “today.” The text on the banderole beneath him explains his dreamy expression: he represents, it proclaims, “amor m(un)di” — “love of the world.” An alarming figure standing by his left shoulder apes his pose: a vermin-infested skeleton, its deep-set eye sockets staring blankly out at us. “I am,” the scroll says for him, leaving unspoken the conclusion of the commonplace memento mori refrain, “as you shall be.”

Where the youth held a fragile wine goblet, the skeleton’s right hand holds a glass of a different sort: an hourglass, symbol of the relentless passing of time and of the certainty of human mortality. Like his living doppelgänger, the skeleton’s left arm is also engaged in touching a person’s chest, but in this case he reaches around behind him to a third figure: a man in his death throes. His dying words are emblazoned across his forehead on yet another banderole: “vado mori,” “I am going to die.” His face reveals the signs of impending death that were catalogued in contemporary memento mori literature: his eyes have receded into their sockets, his eyelids droop, his nose is pinched, his cheeks have sunk into hollows, his lower jaw hangs open as if gasping for breath, his tongue seems to swell up in his mouth. A dreadful fate awaits him: a furry demon, its gluttonous belly displaying a ravenous second face, tugs at the dying man’s left arm. “Sequere me” — “follow me” — the demon says through the speech scroll beneath him. Whereas deathbed scenes at this time often showed demons fighting with angels over the ultimate fate of the dying person’s soul, no divine help appears here; the dying man’s doom seems certain. As it spins, the object tells, in time-lapse fashion, a very bleak tale indeed. 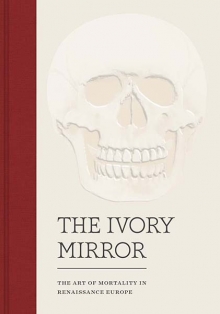