From our colleagues at The Metropolitan Museum of Art comes an interview between Rachel High, Publishing and Marketing Assistant in the Met’s editorial department, and Kelly Baum, curator of an exhibition on the art and history of delirium from 1950 to 1980, which is on view at the Met Breuer until January 21st, 2018.  The New York Times calls the exhibition a “restless, daring show… a nervy multimedia survey of postwar art.”

Can postwar art, even systematic and geometric art, be understood as an exercise in calculated insanity? The show and catalogue explore the art and history of delirium from 1950 to 1980, an era shaped by the brutal legacy of World War II and the rapid expansion of industrial capitalism. Delirious: Art at the Limits of Reason, 1950–1980 features work by 63 artists from Europe, South America, and the United States. Three wide-ranging essays and a richly illustrated plate section demonstrate how artists directly responded to the anxieties and wariness of their unbalanced times.

Rachel High spoke to Kelly Baum, the show’s curator and author of the catalogue, about the pervasive nature of delirium in postwar art and the relevance of this topic in the art world today.

Rachel High: In the book, you define four different kinds of delirium: excess, vertigo, twisted, and nonsense. How did you select these categories and what kinds of art fall into each?

In the section entitled “Vertigo,” readers will find paintings, sculptures, photographs, and drawings that distort space and perception. They are meant to trigger disorientation through the use of mirrors and mirroring, optical tricks, and vertiginous, illusionistic effects. Some of them create flickering effects—they are very trippy and psychedelic.

In the section entitled “Excess,” readers will find works of art that repeat, obsessively and compulsively. Repetition is a strategy that is endemic to modern and contemporary art, but I highlight artists who pursue repetition to an absurd extreme.

The fourth category is “Twisted.” That subtitle is an homage to one of the works in the show, Dara Birnbaum’s video Chaired Anxieties: Slewed. “To slew” means to turn or twist violently, and that’s exactly what the artists in this section do to the human body. They twist and deform bodies in ways that are really quite disturbing. Many of the works of art in “Twisted” take on acts of social and political injustice.

Rachel High: The book includes a diverse group of artists across three decades. I imagine there are many more examples of delirium from this period. How did you make the selection for what was included in the book and exhibition?

Kelly Baum: I didn’t want to include too many of the usual suspects. The book is premised on the idea that irrationality has more to do with postwar art than most people suspect, and that it has more to do with different kinds of art than people generally suspect. The irrational isn’t just about psychedelic posters, hippies, drug use, or late surrealism. I want to make the point in the book that even systems-based art and geometric painting—even forms of artistic expression that we tend to think of as rational—embrace the irrational.

To this end, I include in the book some unusual suspects—artists that readers wouldn’t expect to find in a book about delirium—like Sol LeWitt, Hanne Darboven, Eva Hesse, and Alfred Jenson. I also wanted to feature artists with whom I had a longstanding intellectual relationship. There are some favorites in the book, such as Dara Birnbaum, Robert Smithson, and Jim Nutt. I’ve been thinking about these artists’ work for a long time, and it’s hard for me to conceive of postwar art without them. I also took pains to showcase in the book as many objects from The Met collection as possible.

Rachel High: The book covers not only works of art, but also the literature and philosophy of delirium. Why do you think this context is so important to understanding these works of art?

Kelly Baum: In the book, I make a point of disassociating delirium from madness. I’m interested in delirium less as a clinical condition and more as an idea. For artists—but also for philosophers, authors, and playwrights—the irrational was a concept or condition with social, political, and aesthetic ramifications. I’m an art historian, so my inclination is to contextualize historically. I also favor interdisciplinary approaches to art. It struck me as very important that artists were exploring the idea of the irrational at the exact same time as authors and philosophers. These were people who, in many cases, were aware of one another’s work; the philosophers I highlight in the book read some of the authors, who were also read by some of the artists. The artists collaborated with some of these authors and vice versa. In the book, I sought to recreate a web or network of like-minded thinkers, writers, and artists.

Rachel High: You open your essay “Think Crazy” by saying, “Delirious times demand delirious art.” I think many people would relate to that statement today. Do you see the tradition of delirious art continuing?

Kelly Baum: Yes, I do. I first started thinking about the exhibition five years ago and I never expected the book to be quite as relevant as it is now. The world is never an entirely sane place, but it’s definitely grown crazier in the last year or so. In one of my footnotes, I highlight a sampling of essays written over the last nine months with titles containing keywords related to the book, such as “nonsense,” “gibberish,” and “mania.” When I invoke the phrase “Delirious times demand delirious art,” I deliberately refuse to specify to which times I am referring. I want there to be some confusion: Is it our times or is it past times?

I think there are definitely parallels to what’s happening now in terms of social and political unrest and the pervasive experience of violence, but I also think it is unclear how artists should respond—or how artists will respond. This is the fall season, and it has been almost a year since the election. Living artists have had almost 12 months to formulate and realize their first set of responses to the new political regime in the United States. In the exhibition openings in the city and around the world this fall, I think we’ll see the results of that effort to grapple with the present. It’s an open question as to whether our delirious times demand delirious art.

We’re holding a panel discussion with some of the artists featured in the book on November 3 and I’m really excited to pose these questions to them. What should artists do today? Should they hold a mirror up to the delirium in which we live? Should they exacerbate, mock, and mimic the general insanity of the present? Or, do we need art that’s sane, measured, thoughtful, and didactic—an art that embraces fact, argument, and discussion? I don’t know the answer to that. 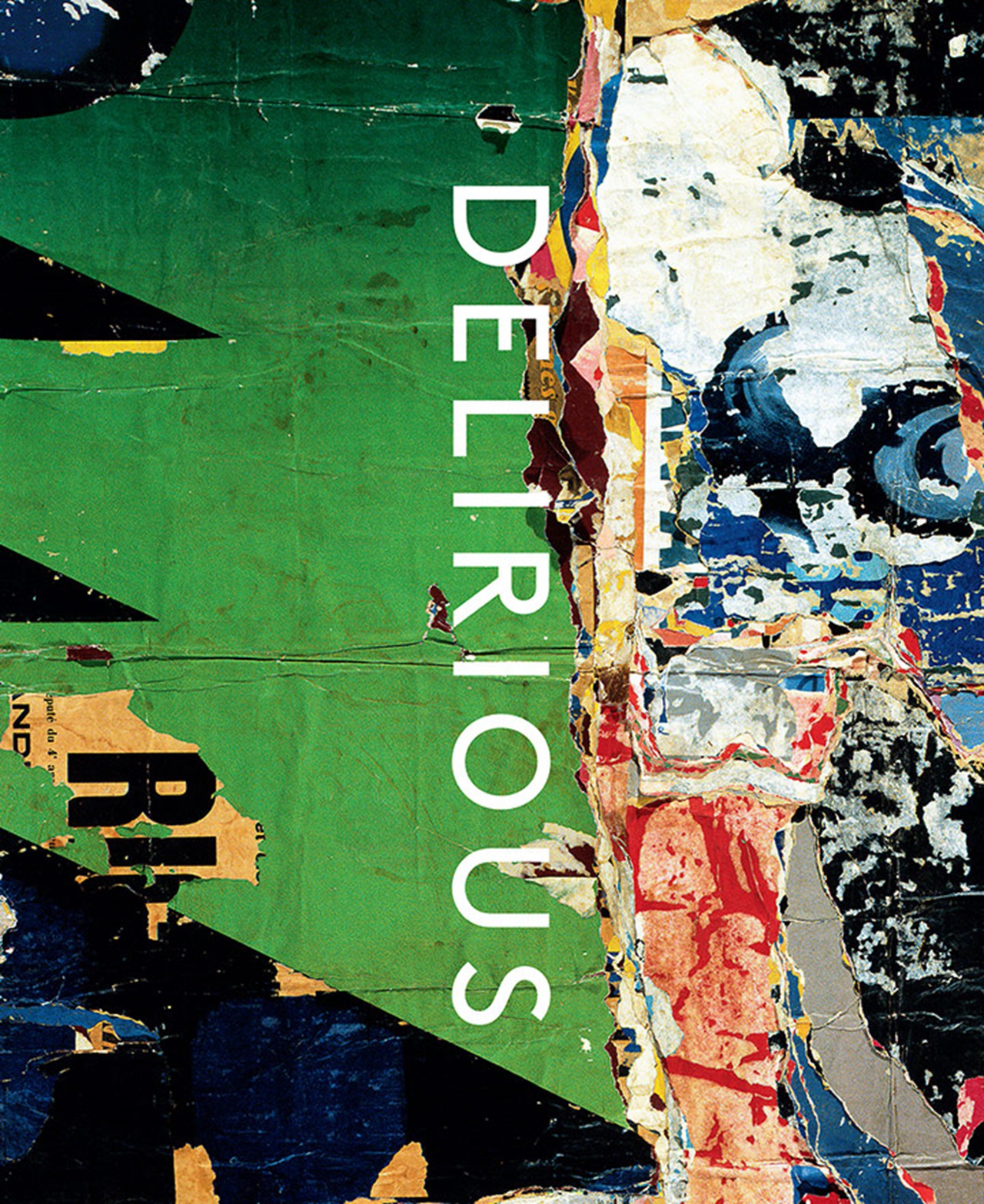